The Blues romped to victory against woeful Norwich, who finished with 10 men after Ben Gibson’s second yellow, thanks to Mount’s treble, one each from Callum Hudson-Odoi, Reece James and Ben Chilwell, and an own goal by Max Aarons. 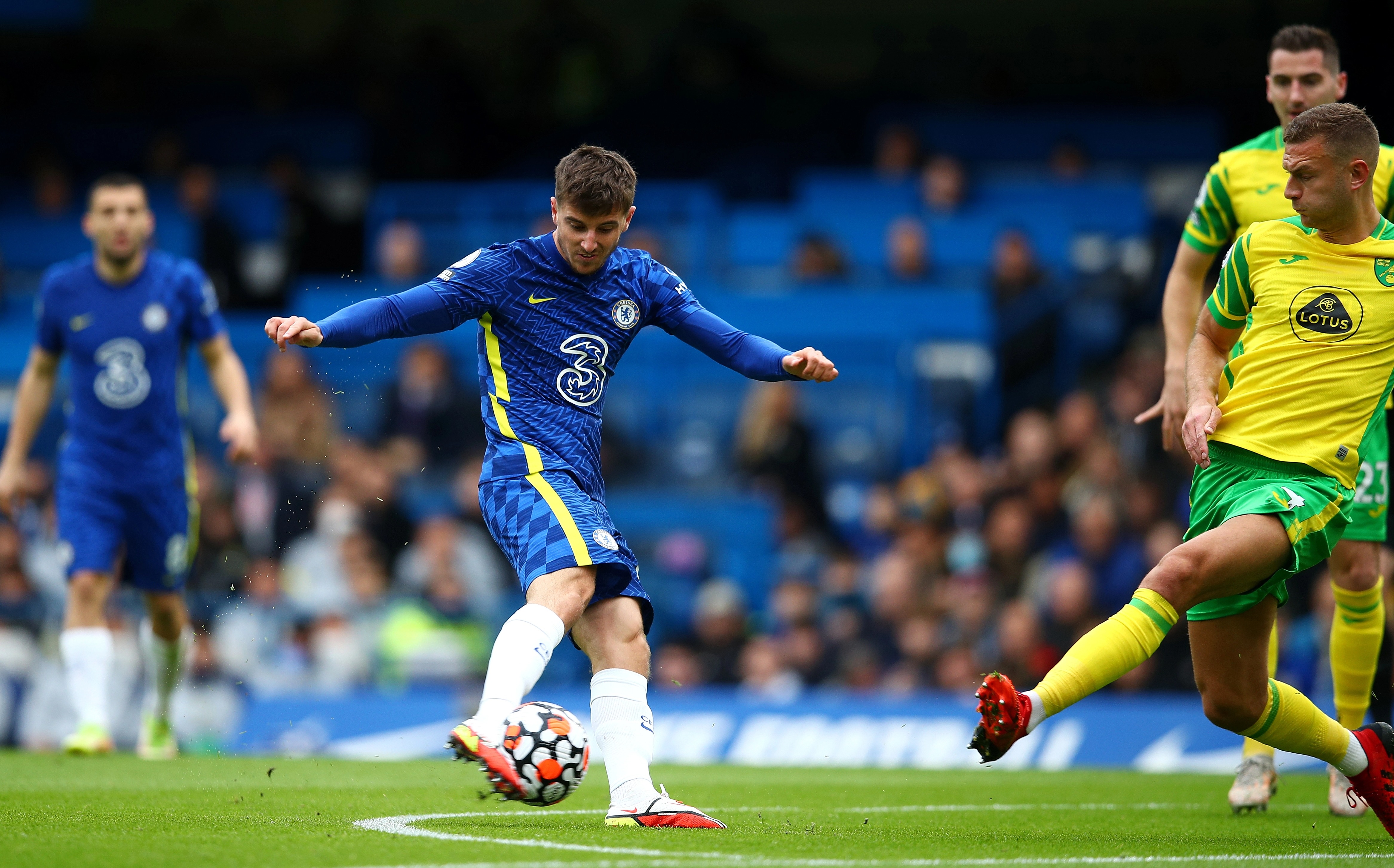 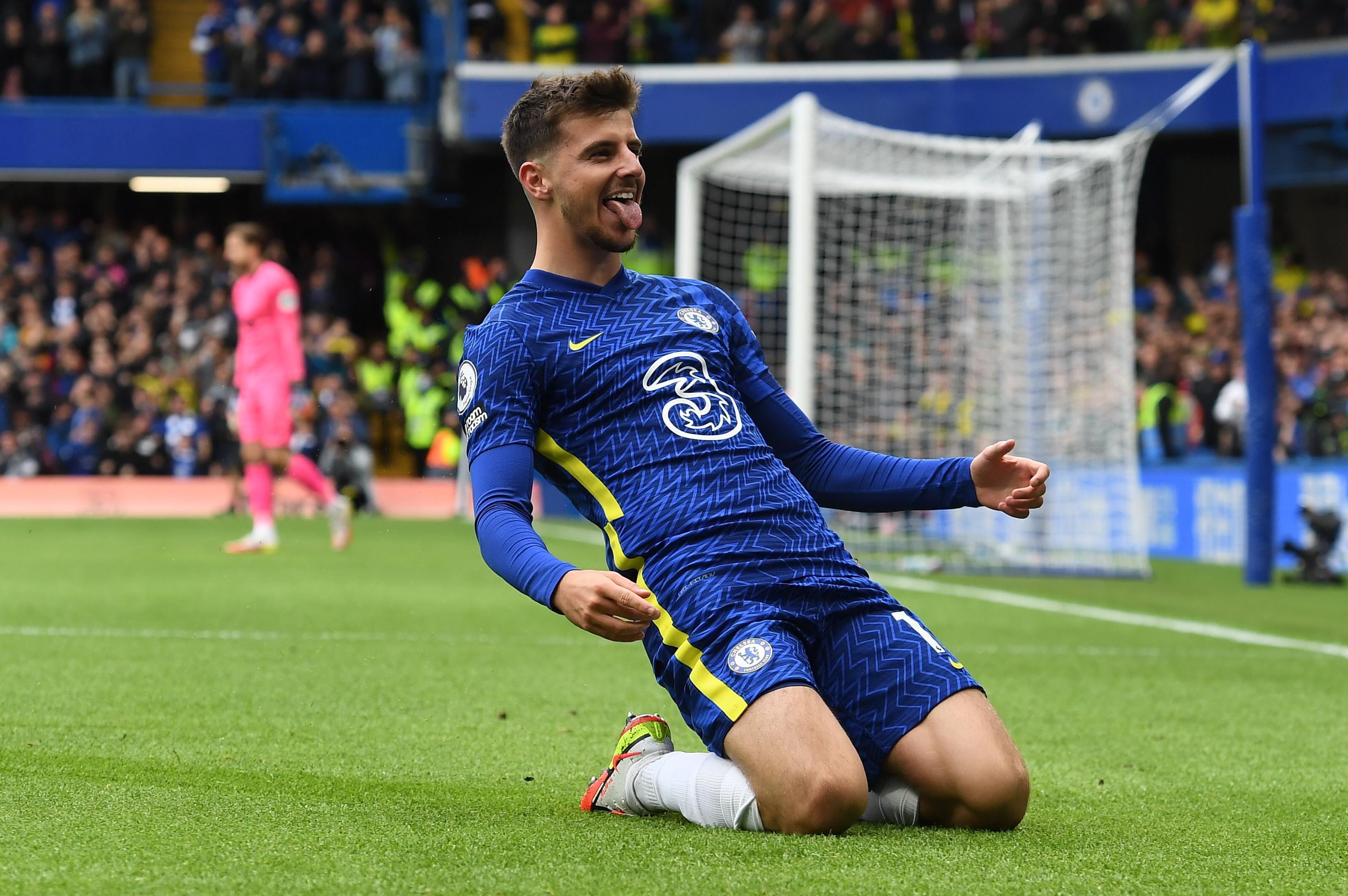 This was the first in a run of games against the bottom three for Chelsea, which should see them tighten their grip on top spot in the Premier League.

After only eight minutes, Hudson-Odoi’s cross was headed out to Jorginho, and he teed up Mount to bury the ball in the bottom left corner.

Ten minutes later, Chelsea played the ball out of defence to Mateo Kovacic, whose diagonal pass released Hudson-Odoi, and he cut inside and tucked the ball inside the far post.

The rock bottom Canaries were caught again after 42 minutes when Mount fed James on the overlap and he lifted the ball over the diving Tim Krul and into the far corner.

After 57 minutes Chelsea worked the ball from right to left and Chilwell arrived on the edge of the box to fire into the far corner. 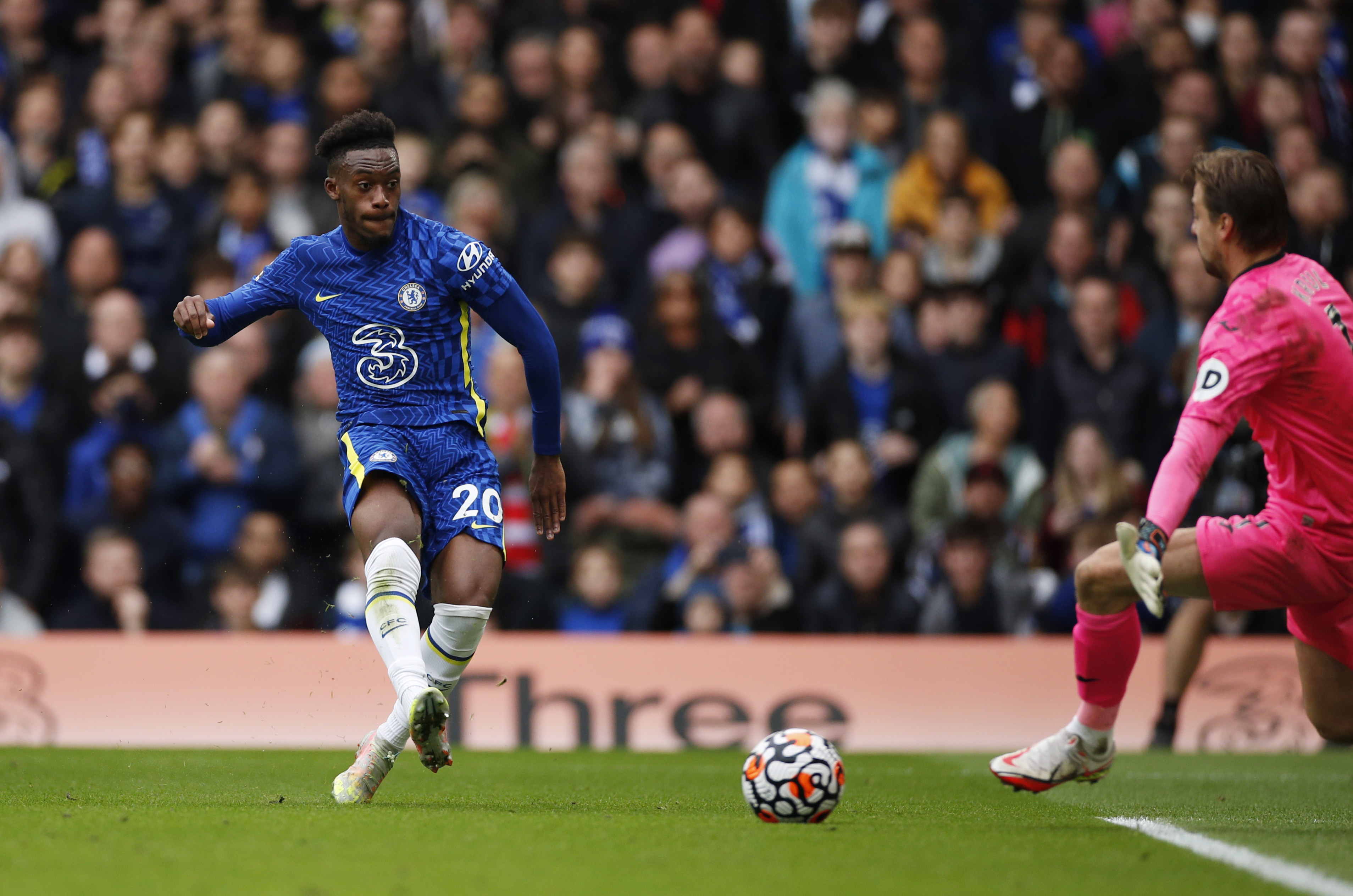 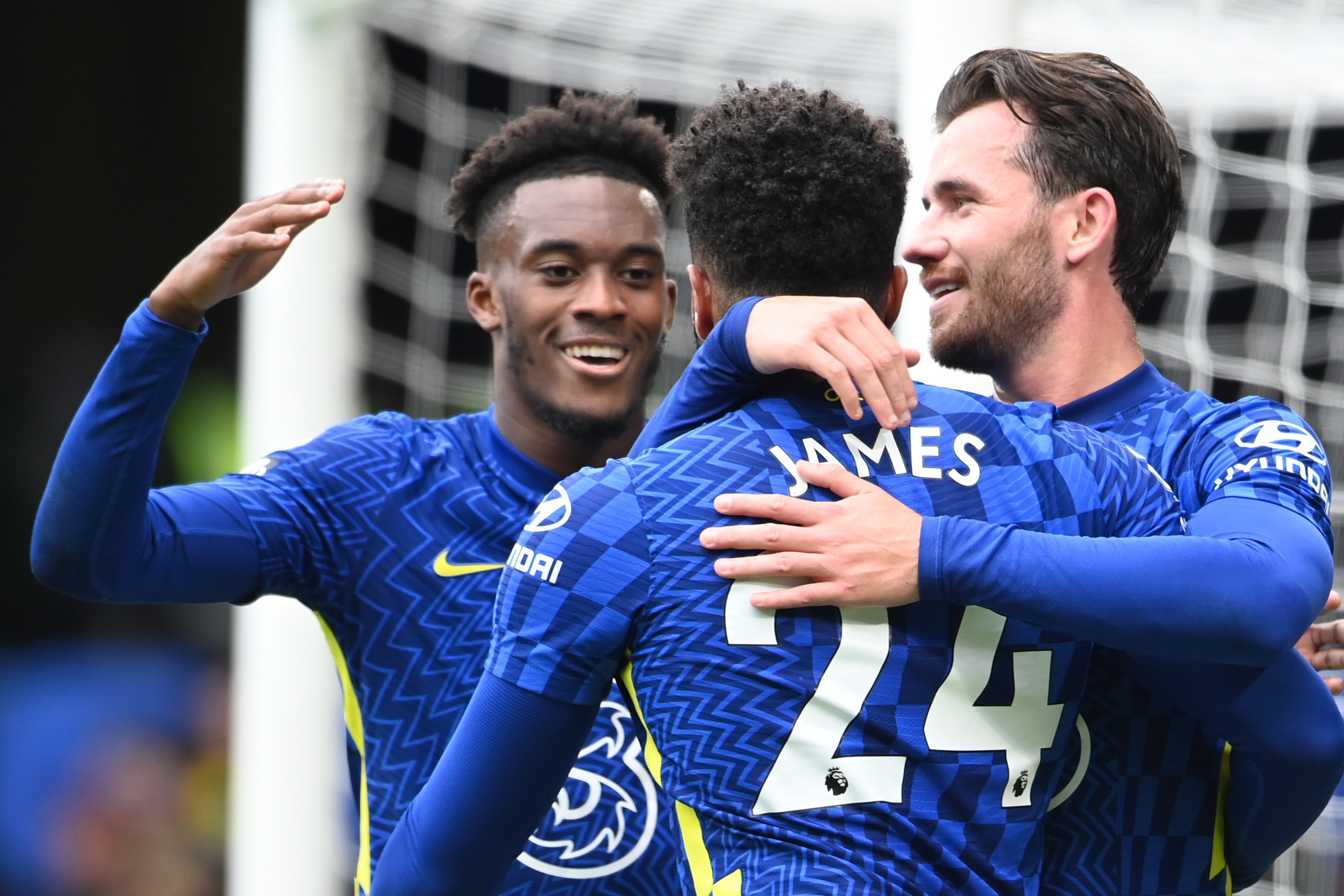 The Canaries were a man down when a VAR check produced an 85th minute penalty after Antonio Rudiger’s shot hit the arm of Mathias Normann, and Mount scored at the second attempt after Krul was penalised for moving too soon.

Mount had sub Ruben Loftus-Cheek to thank for his hat-trick in the 91st minute as he was set up with a pass to tap into an empty net.

Before the game, Norwich warmed up in t-shirts supporting goalkeeper Daniel Barden who has testicular cancer, and a minute’s applause marked 25 years since former Chelsea vice-chairman Matthew Harding died in a helicopter crash. 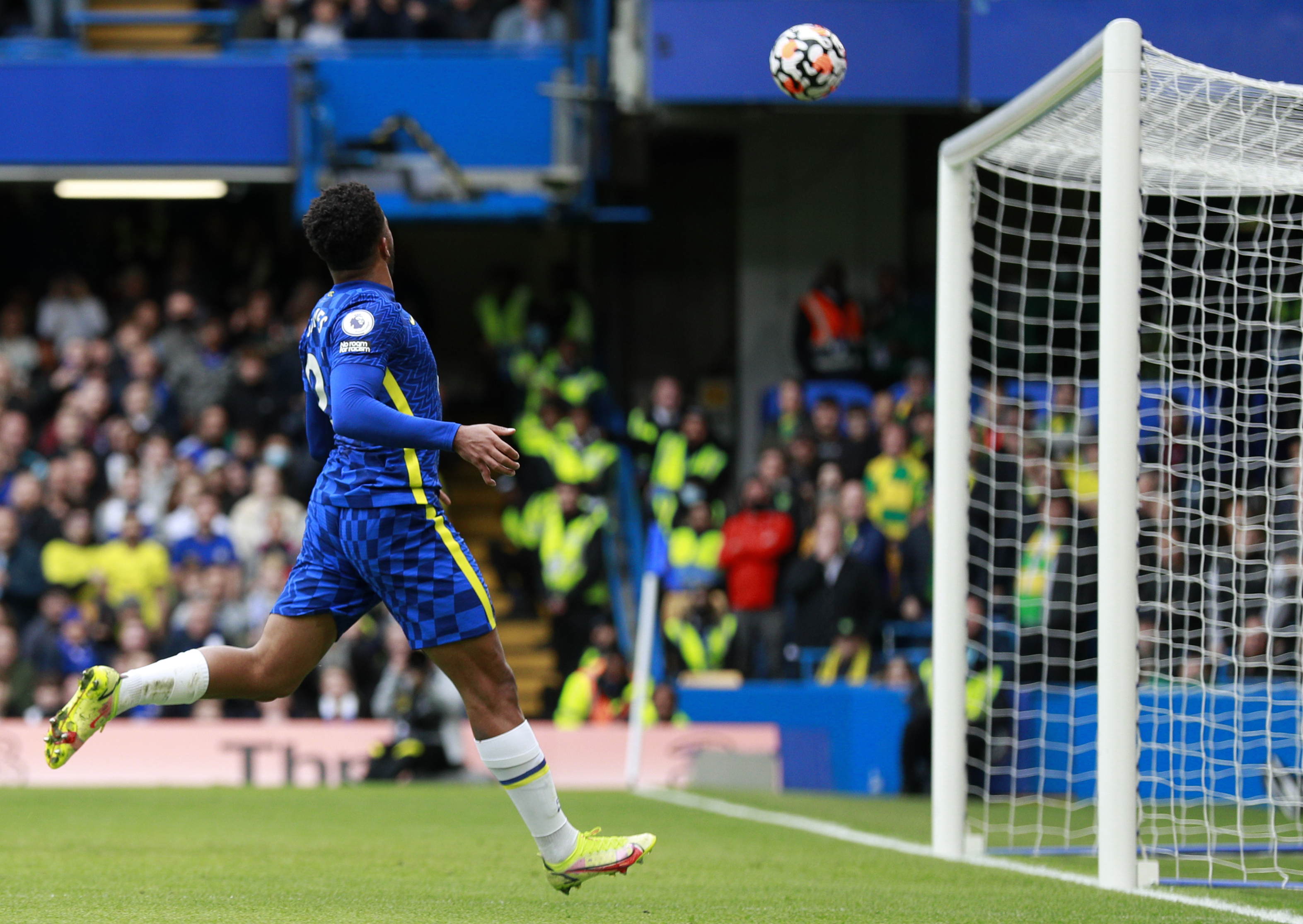 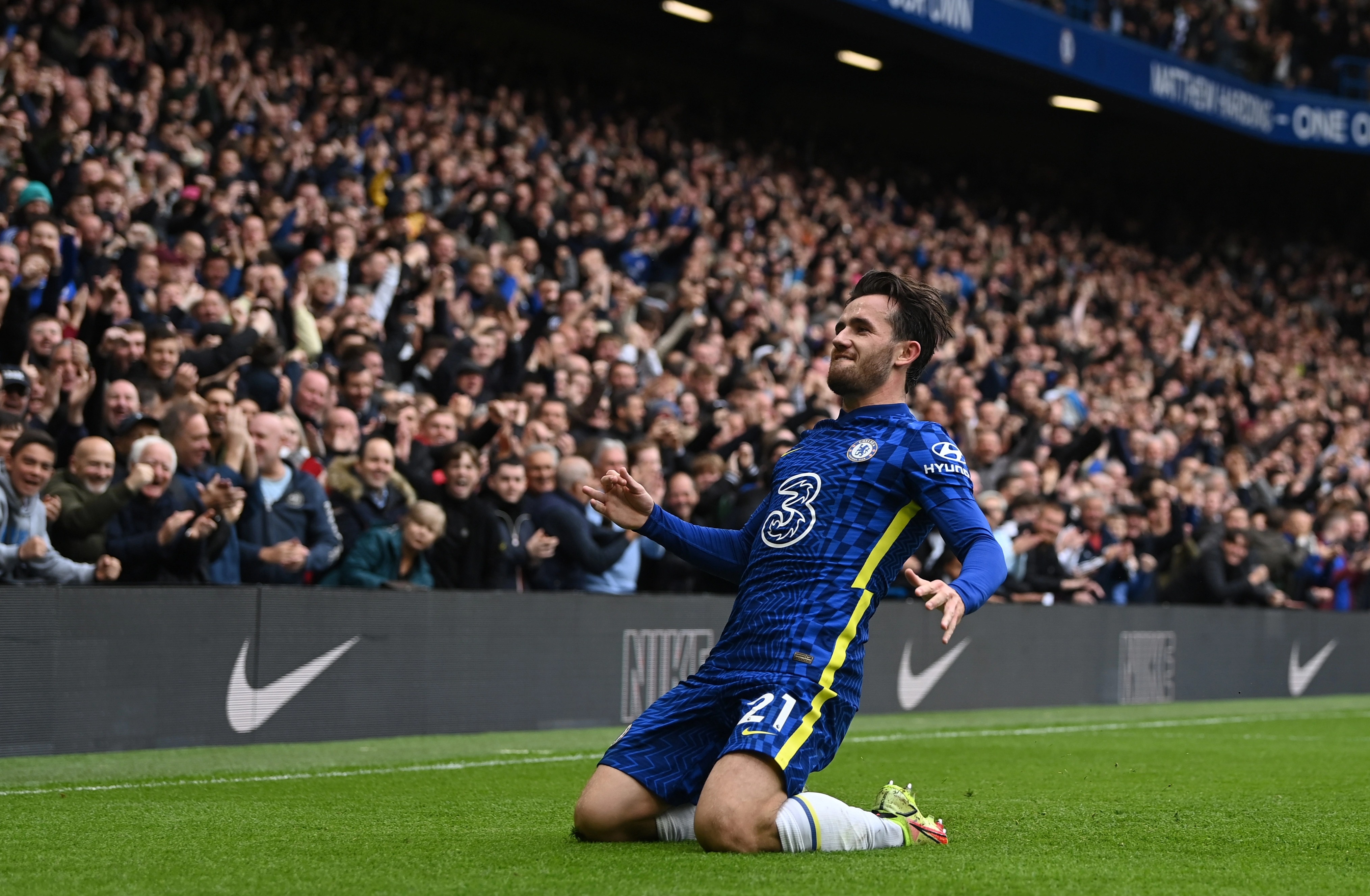 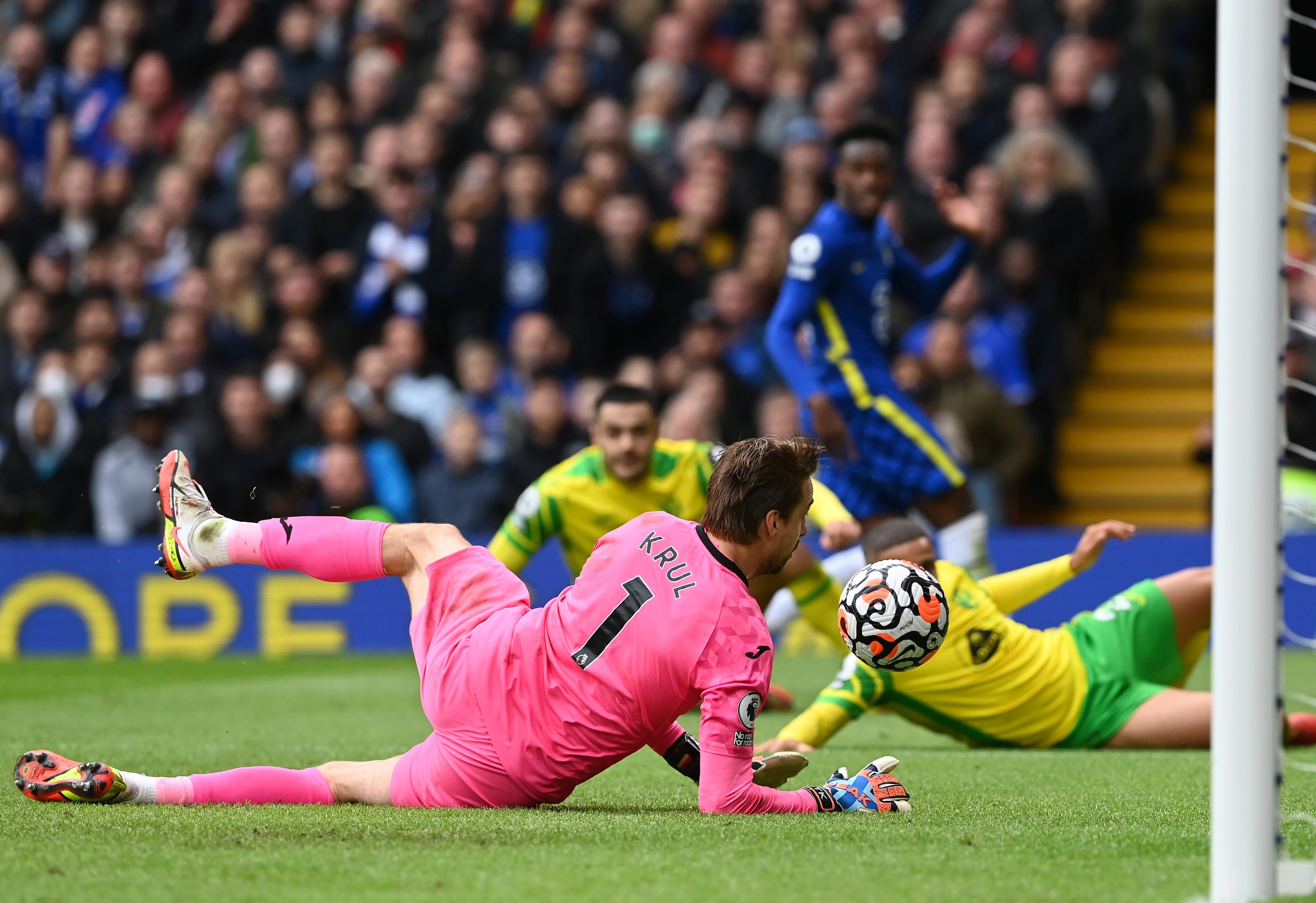 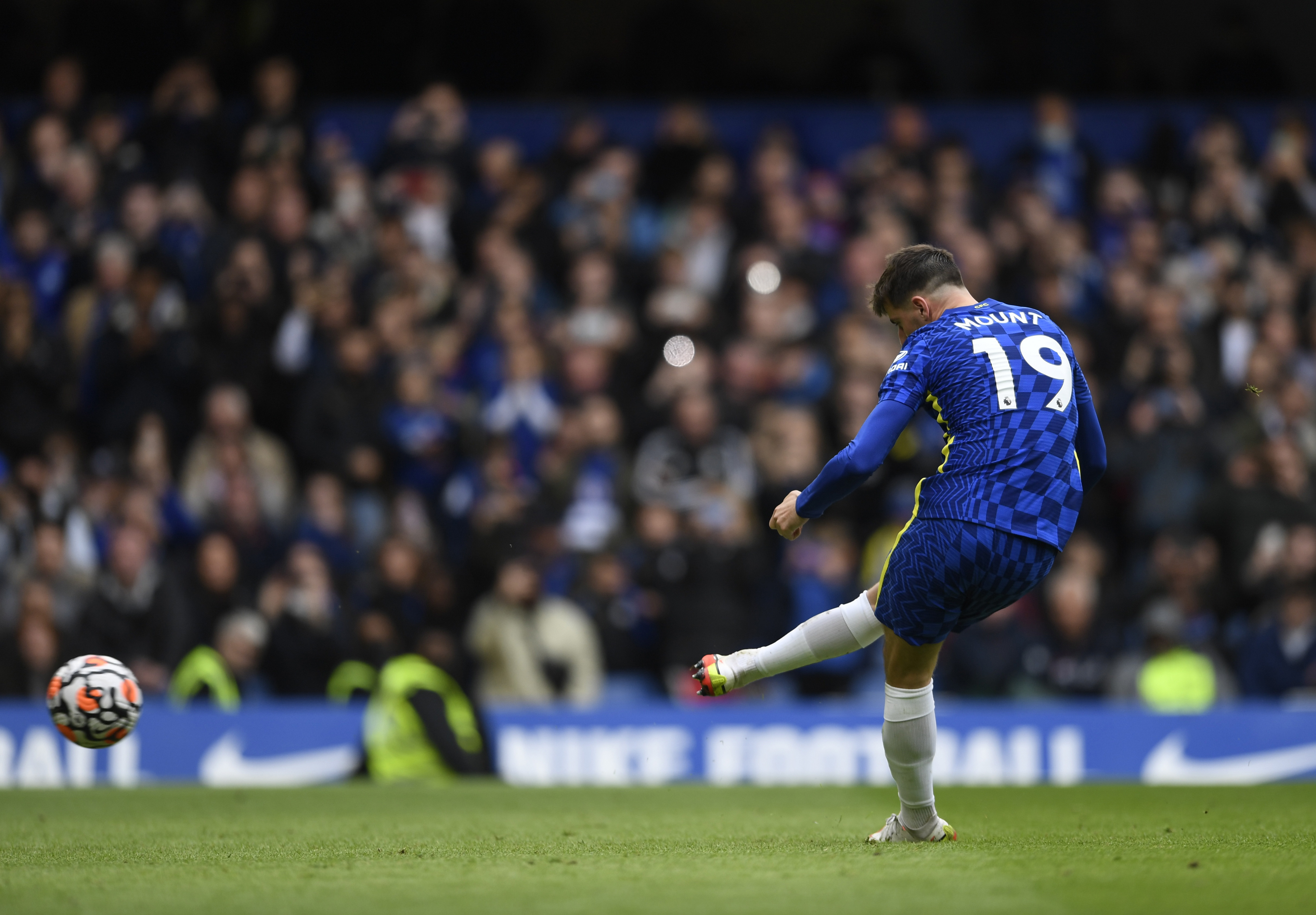