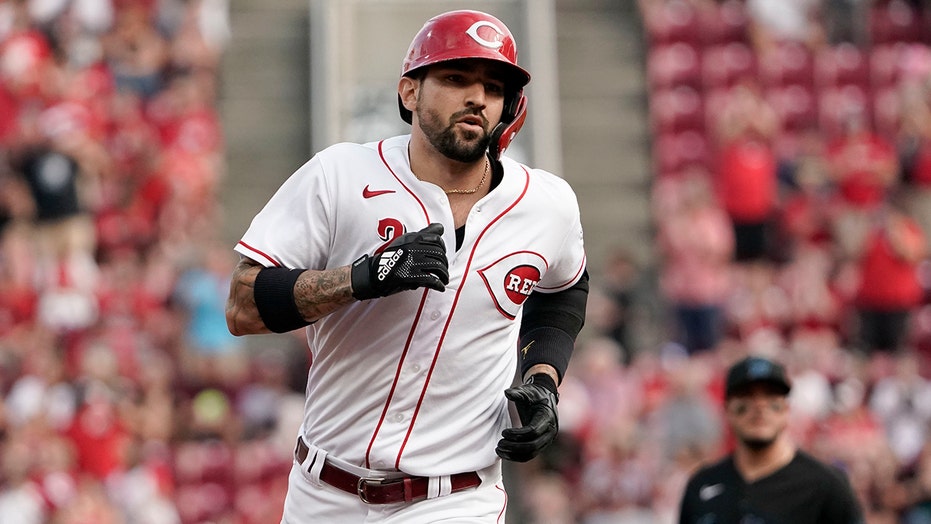 Nick Castellanos hit a two-run homer and drove in four runs, and the Cincinnati Reds beat the Miami Marlins 7-4 on Saturday night.

Tyler Naquin hit three doubles and scored three times as Cincinnati won for the fifth time in seven games. The Reds began the day in a tie with San Diego for the second NL wild card.

Castellanos drove in Naquin with his 22nd homer in the first. He added a run-scoring groundout during the Reds’ four-run sixth and an RBI single in the eighth.

“We’re having fun, everybody is having fun,” Castellanos said. “Everybody’s contributing, everybody’s focused on winning, and baseball is fun when you can keep it that simple.”

“Our guys kept going and got on base, but we didn’t have enough to show for it,” Marlins manager Don Mattingly said.

The game was tied at 2 before Cincinnati pushed across four runs in the sixth against Anthony Bender (2-2). Tyler Stephenson had the big blow, a pinch-hit double that drove in two runs.

“It’s not the same guy every night — there’s no way it can be, there’s no way it should be,” Reds manager David Bell said. “When you start getting confidence that somehow, someway we’re going to get it done, that’s a great feeling.”

Cincinnati right-hander Wade Miley cruised into the fifth, but Miami loaded the bases with two out. Miley then hit Jazz Chisholm Jr. with a pitch and walked Jesús Aguilar to force in another run.

Luis Cessa (4-2) came on and escaped the jam when Shogo Akiyama made a sliding catch on a shallow fly ball from Lewis Brinson.

“Shogo got a nice jump coming in on the the ball,” Bell said. “You can’t get any closer than that. You can say it changed the game.”

Alfaro hit a two-run single in the eighth to reduce Miami’s deficit to 6-4, but Bryan De La Cruz bounced into a inning-ending double play, the fourth of five turned by Cincinnati on the night.

Michael Lorenzen got five outs for his second save.

Marlins: RHP Pablo Lopez (shoulder) started a rehab assignment at Triple-A Jacksonville. He hasn’t pitched for the Marlins since July 11.

The Marlins will try to salvage the finale of the four-game set when they send right-hander Sandy Alcantara (7-11, 3.39 ERA) to the mound on Sunday. Right-hander Vladimir Gutierrez (8-4, 3.87 ERA) pitches for the Reds. Alcantara pitched eight effective innings in Tuesday’s loss to Atlanta, allowing a run and five hits. Gutierrez gave up nine hits and two runs in 6 1/3 innings in Tuesday’s loss to the Cubs.