CANELO ALVAREZ and Caleb Plant were denied another fiery face-off at their pre-fight weigh-in – with Mike Tyson overseeing proceedings.

In September, the pair traded blows at a heated press conference, with the American suffering a cut face. 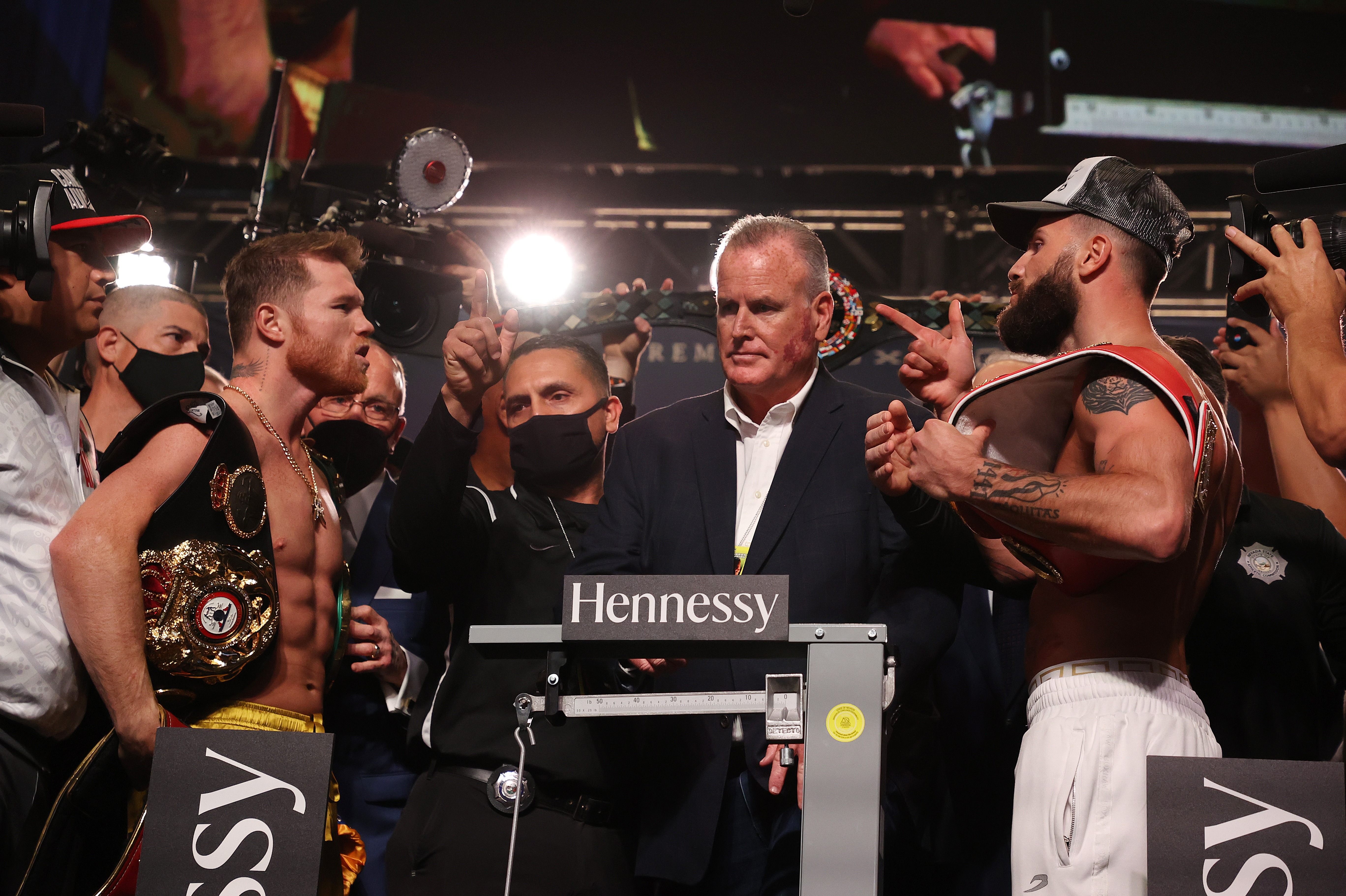 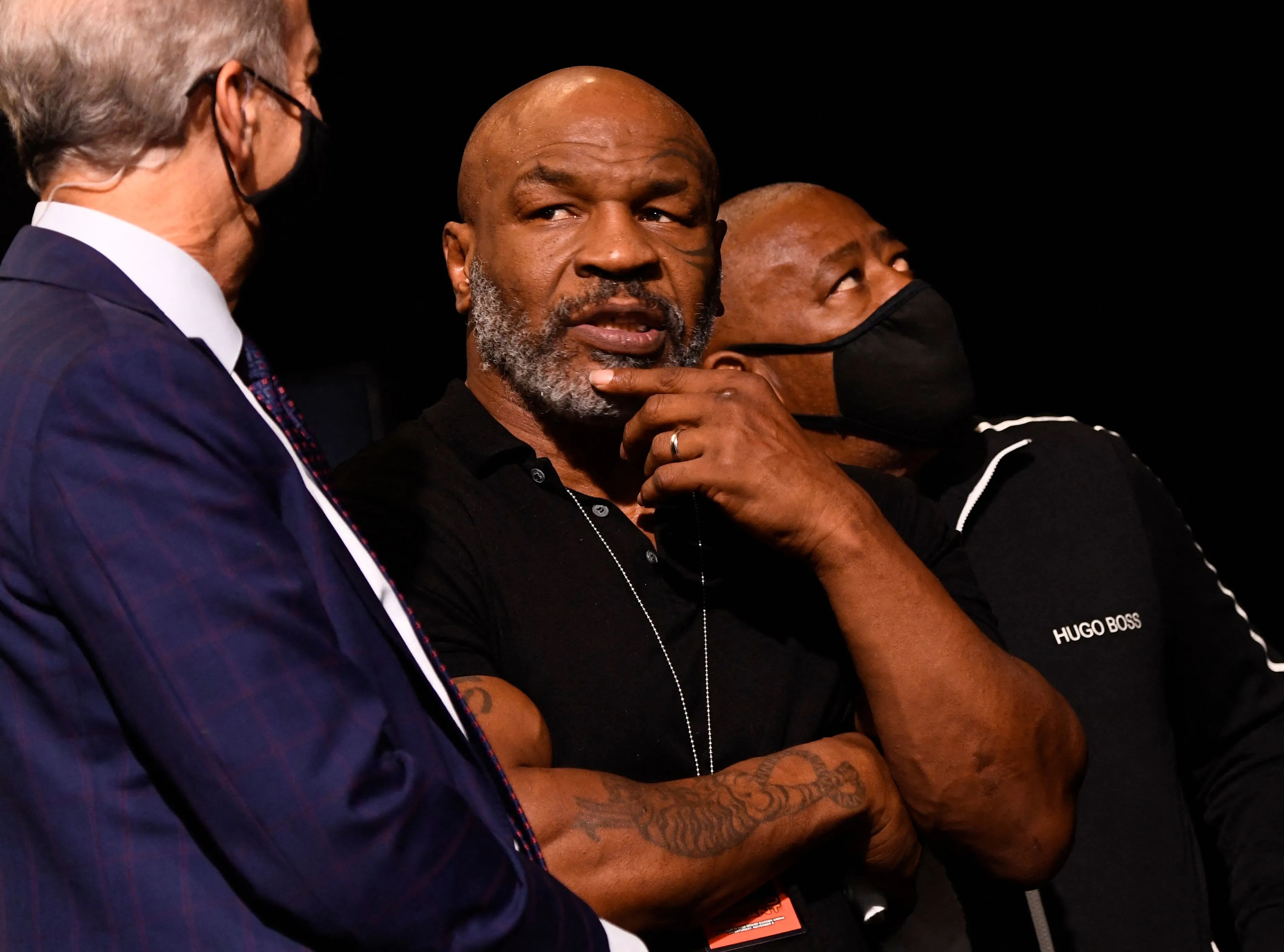 And on Friday, Canelo and Plant were kept separate for their weigh-in ahead of Saturday night's grudge match in Las Vegas.

Heavyweight legend Tyson was even in attendance in case all hell broke loose again.

Canelo, 31, weighed in bang on the 168lbs super-middleweight limit, with 29-year-old Plant ever so slightly lighter at 167lbs.

And while the pair were physically held apart, it didn't stop them from exchanging some verbal blows.

Following the weigh-in, Canelo explained exactly what was said.

The Mexican told Showtime Sports: "I said, 'You will see tomorrow. It's time'.

"Like I say before, for every action, there's a reaction.

"I feel blessed, I feel motivated for all my fans. It means a lot."

Plant determinedly shrugged off Canelo's comments though, hitting back: "Agree to disagree.

"We're going to find out Saturday night though. I promise you that.

"It's easy to sit in those seats, it ain't easy to stand up here. Remember that.

"I was born for this. This is my destiny." 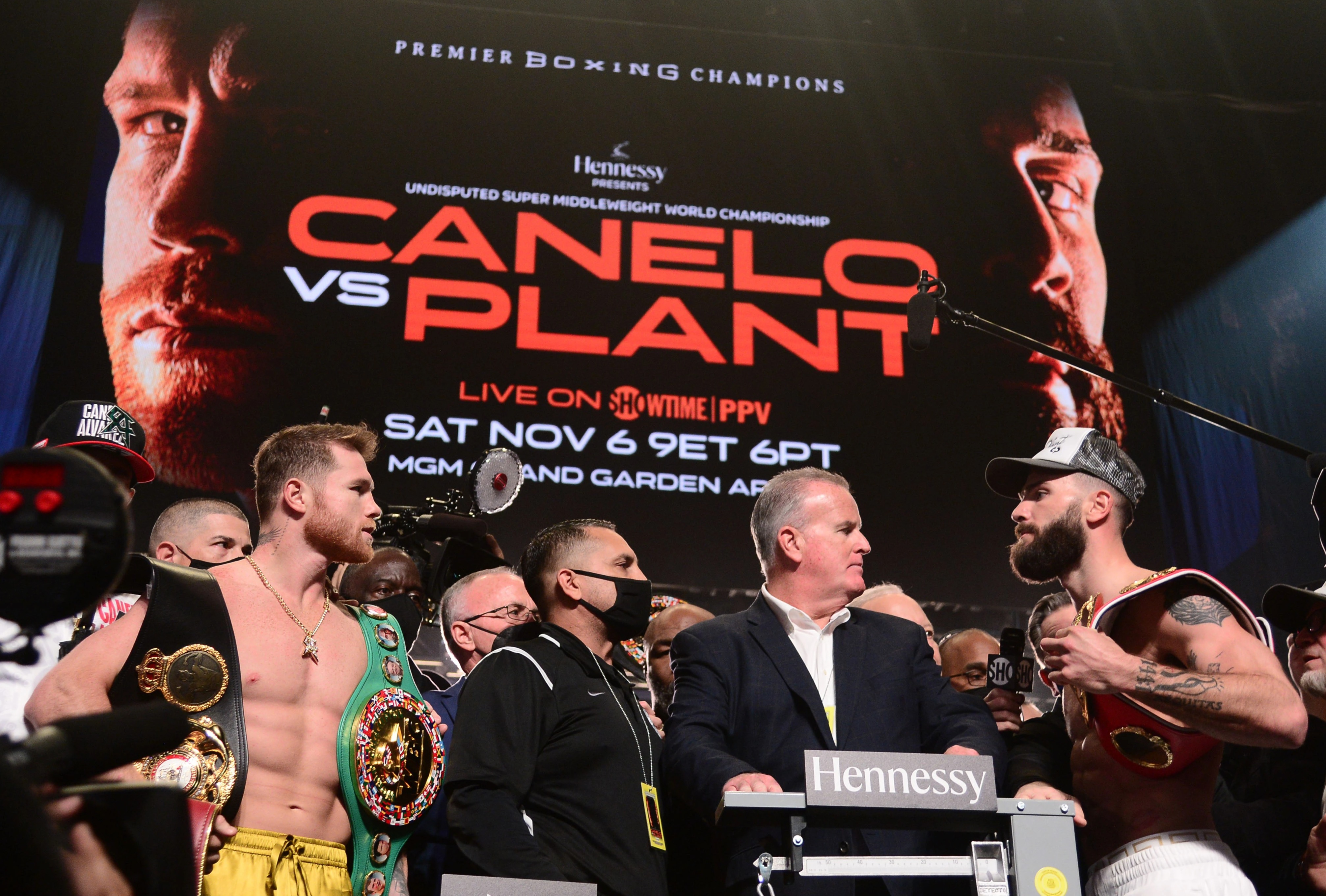 Meanwhile, Canelo called Tyson a 'legend' and revealed he is 'going to be like him one day'.

The Mexican said: "He was a great fighter, a legend.

Canelo and Plant will go toe-to-toe in Las Vegas in the early hours of Sunday morning GMT.