CANELO ALVAREZ has admitted he is a 'happy man' after marrying Fernanda Gomez.

The Mexican was so confident he would come out unscathed against Billy Joe Saunders back in May he married Gomez a week later. 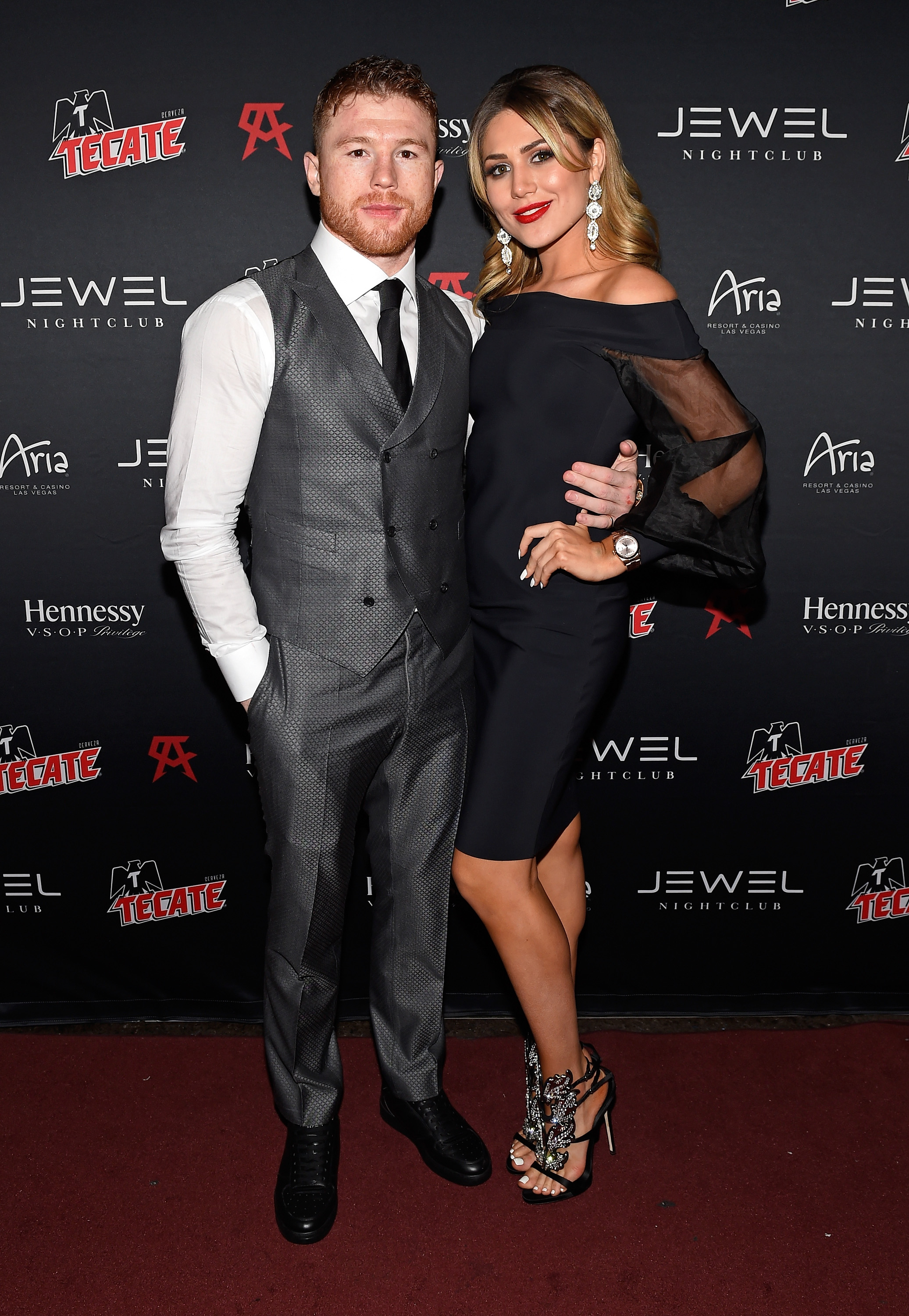 Canelo of course secured an emphatic victory after Saunders was pulled out by his corner.

A left upper cut left the Brit with a fractured eye socket.

Heading into his super middleweight unification bout against Caleb Plant next month, Canelo has admitted he is the happiest he has ever been.

The 31-year-old doesn't usually speak about his personal life, but on this occasion he gave a short but sweet insight.

He told BT Sport: "I feel way different, I am a happy man, more than before.”

Canelo is looking to make history next month and become the unified super middleweight champion.

He says it's important he reaches the milestone for his country and his legacy.

Canelo added: "[It] means a lot for me and my country because very few fighters in boxing make history.

"I will make history for my country and for my legacy."

But to make history, he has to take the IBF belt off the unbeaten Plant.

And the two have already got up close and personal ahead of the November 6 blockbuster in Las Vegas.

The pair came to blows at a press conference last month, and after Plant called Canelo a 'motherf***er', the Mexican cracked his opponent with a left hand.

Canelo insists the fight will be won by 'the best fighter, not the best talker.'

He explained the incident, saying: "In the morning that day, we make a commercial and had a little face off for TV with nobody there.

"He came with bad attitude, like angry, something weird.

"Then in the press conference, he started saying things. I was like ‘yeh ok’.

"Then when he said ‘you motherf***er’, that’s when I pushed him and he come back with a left hook, that’s why my reaction.

Canelo reckons he'll have the fight won by round seven or eight and he doesn't care how he comes away with the win as he just needs 'one or two' shots.

He said: "Seven, eight, something like that. I don’t know what shot, I don’t care what shot, I just need one or two."