In British Columbia, on Canada’s west coast, hockey referees are wearing masks and waving their hands to flag infractions instead of whistling.

In Ontario, to the east, officials are still deciding when teams in the province’s top junior league will return to the ice, but they will be playing a whole new game when they do, with body checking and fighting eliminated in the interest of social distancing. In Toronto, the provincial capital, spikes in coronavirus cases have caused the country’s largest youth hockey association to halt all play until 2021.

But in Nova Scotia, where the spread has been slower, it’s (mostly) game on and (almost) business as usual.

That’s just part of the patchwork of protocols and prohibitions the authorities who organize and oversee Canada’s national pastime are using to try to build something resembling a hockey season for its developing players.

In the first months of the pandemic, after rinks shut down along with everything else, images of hockey sticks were often placed on signage as guides for social distancing. With winter weather having arrived in parts of Canada — in the north, some backyard rinks are already frozen — the sport that, for many, defines the country is doing its best to again use sticks for their intended purpose.

As daily reports of coronavirus cases across Canada rose by more than 30 percent over the past two weeks, and the number of deaths per day by more than 50 percent, plotting the future became anything but straightforward.

Like everything else in this uneasy year, hockey has found that its possibilities are only provisional.

Some 644,000 Canadians were registered to play in 2018-19, according to Hockey Canada, the national governing body. Thousands more skate every year, with varying degrees of speed and seriousness, in recreational and pickup games.

Across the map, the degree to which hockey operations have been limited, postponed or canceled has generally reflected local coronavirus-related conditions. Most jurisdictions have, so far, allowed skating and instructional sessions with strict limits on player participation — no scrimmages or games.

“You plan for what you think could happen, but then you also realize that you have no idea,” said Cassie Campbell-Pascall, who was the captain of Canada’s Olympic gold-medal teams in 2002 and 2006 and now works as a broadcaster on “Hockey Night in Canada.”

From her base in Calgary, Alberta, she worked this year’s Stanley Cup playoffs. Since the Cup was awarded at the end of September, her hockey focus has been on her role as an assistant coach for her 9-year-old daughter’s team.

“It’s amazing to see how excited the girls are to be back on the ice,” she said. “I think it’s great for their mental health — and for parents’ mental health — to get some normalcy.”

Even in pre-pandemic times, all was not well with hockey in Canada. The realities of the high cost of playing the game, flagging enrollment and the relentless toll of concussions have all disrupted the sport. So have questions about how much the game’s traditional demographics and its slow-to-shift attitudes fail to reflect a multicultural, progressive society.

Still, hockey is deeply and proudly embraced, and across the country the local rink remains a community hub.Working with Hockey Canada and public health authorities across the country, provincial associations have been at the forefront of the effort to get the sport running again.

In Saskatchewan, progress was steady through September, according to Kelly McClintock, the general manager of the Saskatchewan Hockey Association, which counts some 35,000 players in its minor-league, junior and senior constituencies.

Teams had tryouts, chose their players and started to practice. “In the larger centers you could create leagues of up to 50 people,” McClintock said, “and you could play games and scrimmage and there were no worries about using dressing rooms, or body contact. So it was fairly normal to start — it’s just that we weren’t allowed to play games.”

If all goes well, league play in Saskatchewan will start next month.

A few parents, McClintock said, withheld their children because they objected to mask mandates in arenas. “The clear majority — I would say over 90 percent of our associations did not expect any drop in registrations at all,” McClintock said. “For the most part, people just want their kids to play, and they understand the big picture.”

The Greater Toronto Hockey League, for players ages 6 to 19, had a meticulous plan to be ready to play this month. With some 2,800 teams and 40,000 players, officials and volunteers under its umbrella, the league is the largest minor hockey association in the world. But at an emergency board meeting on Oct. 3, the start of the season was postponed to January.

“At the end of the day,” said Scott Oakman, the league’s executive director, “we made a decision based on public health concerns around operating hockey during a pandemic when the infection rates were rising rapidly in our jurisdiction.”

None of the three regional loops that make up the Canadian Hockey League, hockey’s top junior tier, are playing this week. The Western Hockey League won’t begin its season until January.

After months of planning, the Quebec Major Junior Hockey League started its schedule in early October, slightly later than in the previous season. “It went well,” said Maxime Blouin, the league’s director of communications. But not for long: Two teams that played each other on the first weekend abruptly suspended operations after 34 players, staff members and officials tested positive for the virus.

With infection rates rising across the province, the league’s 10 other Quebec-based teams soon followed suit. The league’s six teams in Canada’s not-so-hard-hit Maritime provinces continued to play among themselves, in front of a limited number of fans, while the Quebecois government promised 12 million Canadian dollars in funding for the league’s teams in the province. Then the league announced late Tuesday that some games in Quebec would resume this weekend, more than two weeks after some teams had played their last game.

The Ontario Hockey League is expected to begin its season in January or February. The league itself hasn’t been talking about the conditions under which its 17 Canadian teams and the three based in the United States will take the ice, but Lisa MacLeod, Ontario’s minister of Heritage, Sport, Tourism and Culture Industries, has been clear that the government’s ban on combat and contact sports will not be relaxed to accommodate the O.H.L.

“This is a precaution based on circumstance,” she said in an interview. “There is no physical contact allowed, regardless of what sport it is.”

Any plan that the government approves will have to include amended rules that eliminate body checking and fighting.

“They will have to change the game, otherwise the chief medical officer of health will not sign off on the return to play,” she said. “The advice of medical professionals is what’s going to get us through to the other side of the pandemic. And we must continue to be resolved in order to beat the virus. It’s the biggest hockey game we’ve ever played.”

While details of how the O.H.L. will reconfigure its rules have yet to emerge, some wonder what effect a season without body checking will have on player development and the process of assessing talent.

“I have a hard time understanding how it’s going to work,” said J.P. Barry, an N.H.L. player agent whose clients include Evgeni Malkin and David Pastrnak. “It’s such a fundamental part of the game. In Canada, we already have a sport without physical contact — it’s called shinny.” 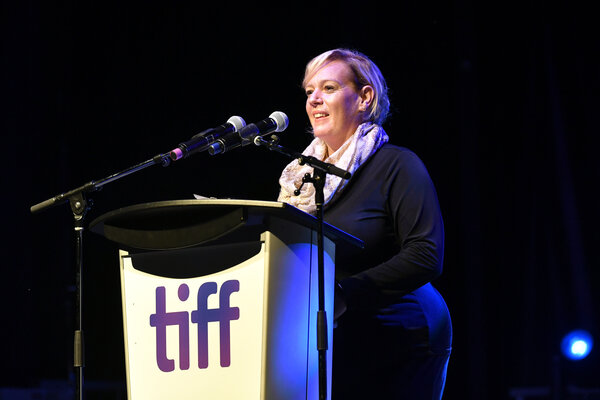 Elsewhere, adjustments to hockey’s practices and procedures have been relatively minor. Some Ontario minor leagues are dispensing with face-offs by rewarding teams with puck possession based on the previous play’s outcome. And to keep players out of enclosed penalty boxes, penalty shots have become the cost of some infractions.

In British Columbia, Coach Steve Gainey of the Kamloops Storm, a lower-tier junior team, has noticed the effect of new guidelines directing officials, who are masked, to maintain a safe distance from players. “They’re not allowed to engage to separate players, if there’s anything that materializes after a whistle,” he said. “So they’re calling roughing and things like that far more aggressively around the net.”

Amid all the uncertainty, Alain Gaul, a Montreal lawyer, has been finding positives where he can. His son Simon is a 16-year-old right winger for the Gaulois de Saint-Hyacinthe Midget AAA team who has been drafted by Voltigeurs de Drummondville of the Quebec Major Junior Hockey League. Strange as this stalled season has been, Alain Gaul said, it has allowed to coaches to work on developing skills.

“They work a lot,” he said. “They’re not allowed to play games, but they practice. Since September, they’ve been working a lot on individual skills — skating, shooting, the things that in a real season, where they play 40 to 60 games, they don’t have time concentrate on in such detail.”

“We get excited about hockey in this country, still — sometimes too excited,” Campbell-Pascall said. “With things so different this year, it just becomes a lot more about development. And, to me, it should always be about development.”

David Clark ended up hoarse last week from directing traffic on the ice. He’s the recreation coordinator for the hamlet of Rankin Inlet in the northern territory Nunavut, and the man behind the community’s annual hockey camp that opens the local minor-league season for some 200 children, ages 3 to 18.

Though Nunavut has, to date, recorded no coronavirus cases, there are limits on spectators and other precautions in place. In September, Clark traveled south to Wilcox, Saskatchewan, to drop his 15-year-old son off at Athol Murray College of Notre Dame, a boarding school renowned for its hockey program. Before Clark could return home, he was required to quarantine for two weeks in a Winnipeg hotel.

“We’re doing everything we can to keep things safe,” he said. “We still have no Covid, but that could also change any day.

“At the same time, it was a mental grind not only on parents but on our children. They want these activities just as much as anything. And some kind of normalcy.”