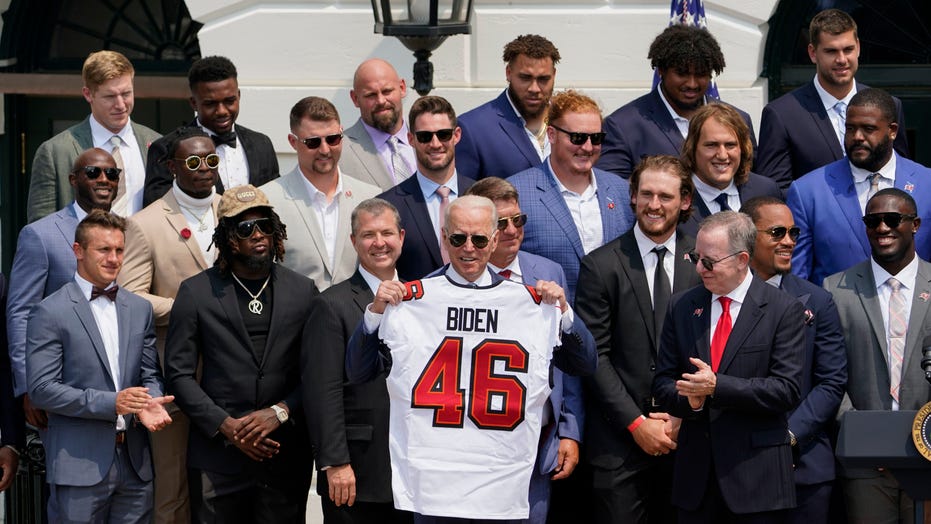 The Tampa Bay Buccaneers celebrated their recent Super Bowl victory with a trip to the White House on Tuesday, but President Biden took the opportunity to urge unvaccinated players to “get one.”

Bucs’ co-owner Bryan Glazer, head coach Bruce Arians, Tom Brady and several other members of the Super Bowl LV-winning team gathered outside the White House as the president congratulated them on overcoming the odds to win the Lombardi Trophy for the second time in franchise history, and the first since 2003. 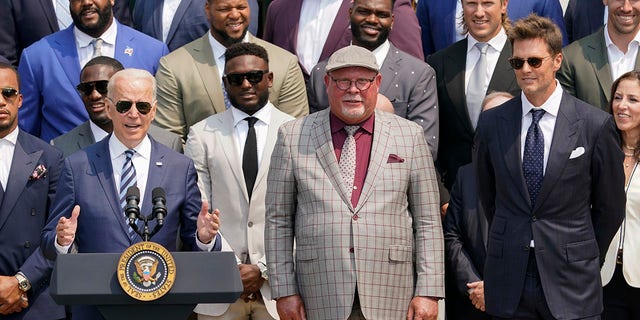 “And y’all who don’t have a shot, man. Get one,” Biden said, turning toward the Bucs’ players standing behind him.

His suggestion was met by an “amen” from Arians.

Biden went on to commend the NFL’s recent health and safety protocols — a policy that has received a significant amount of backlash from players throughout the league.

“I want to thank the NFL for setting strong vaccination goals so fans can go see a game without becoming a super spreader event,” Biden said. “Getting vaccinated is about staying healthy and understanding that no one is invincible, even if you are young and fit.”

Arians echoed the president’s remarks, commending his team and the organization on “coming together … not to beat the other team” but having to “beat the virus first.”

“Our players are outstanding,” the coach said. “They do what they’re supposed to do, on and off the field because they take care of each other. We live by three words: trust, loyalty and respect. We don’t have any rules. If you have those, you’ll have accountability and you’ll be able to do anything you want.”

Just a few days away from training camp for most teams, the NFL Network reported that 13 teams have 85% of players vaccinated and at least 73.8% of players throughout the league have received their vaccine.

The updated policy essentially lifts all restrictions for vaccinated players while those who are unvaccinated will have to undergo daily testing and continue to observe proper social distancing practices. among other things.