Promoter Frank Warren and the British Boxing Board of Control are to complain about the scorecards for Tyson Fury's drawn WBC heavyweight title fight with Deontay Wilder after the challenger was controversially denied victory.

The 30-year-old excelled throughout, impressively recovering from two knockdowns – the second remarkably heavy – but was harshly made the winner with only one of the three ringside judges after scores of 115-111 (in Wilder's favour), 112-114 and 113-113. 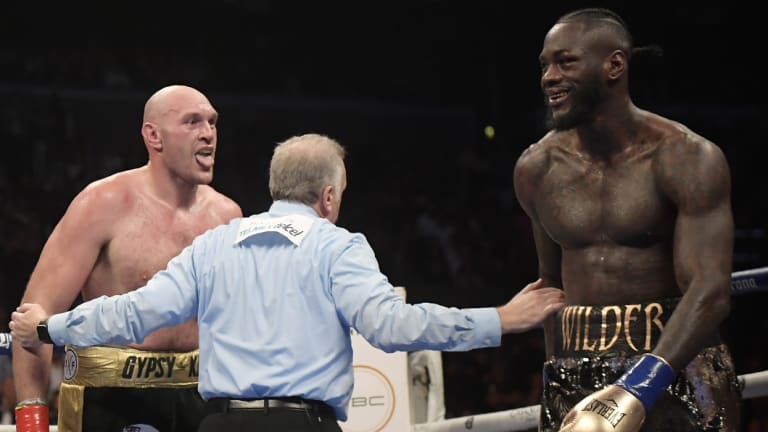 Victory would have represented the completion of one of the finest comebacks in the history of the sport but, even with a rematch inevitable, Fury's promoter and the BBBC will move to protect their fighter's interests.

"I've spoken to Charlie Giles, president of the British Boxing Board of Control and they, along with us, will be writing to the WBC asking that they look at what's gone on there and to order the rematch," Warren said.

"The Mexican judge (Alejandro Rochin) got it wrong. I genuinely feel sorry for Tyson. He's been robbed and it wasn't right."

Even amid the fact that for the first time Fury did not win, the nature of the fight – significantly more entertaining than when he awkwardly defeated Wladimir Klitschko – means Fury's reputation is at its greatest.

Reflecting on what unfolded at Los Angeles' Staples Center, the 30-year-old then said: "It was a great performance, if I do say so myself.

"I'm very happy with the fight, but put it this way, if I didn't get knocked down twice in that fight, on one of the judge's scorecards I'd have still lost, so he needs banning from boxing forever because he clearly can't judge.

"Rochin, you need sacking, or to go to Specsavers, mate.

"That's as bad a decision as the first Lennox Lewis-Evander Holyfield fight (in 1999), but who am I to say anything? I'm just a fighter, I'm not the judges.

"You can't take anything away from me or Wilder; we done our best. (But) it's stuff like this that gives boxing a bad name."