The ex-Team GB star failed in a 2016 bid to win the IBF version of the belt but landed gold at the second time of asking with a brilliant performance up against the feared 24-year-old from Nicaragua. 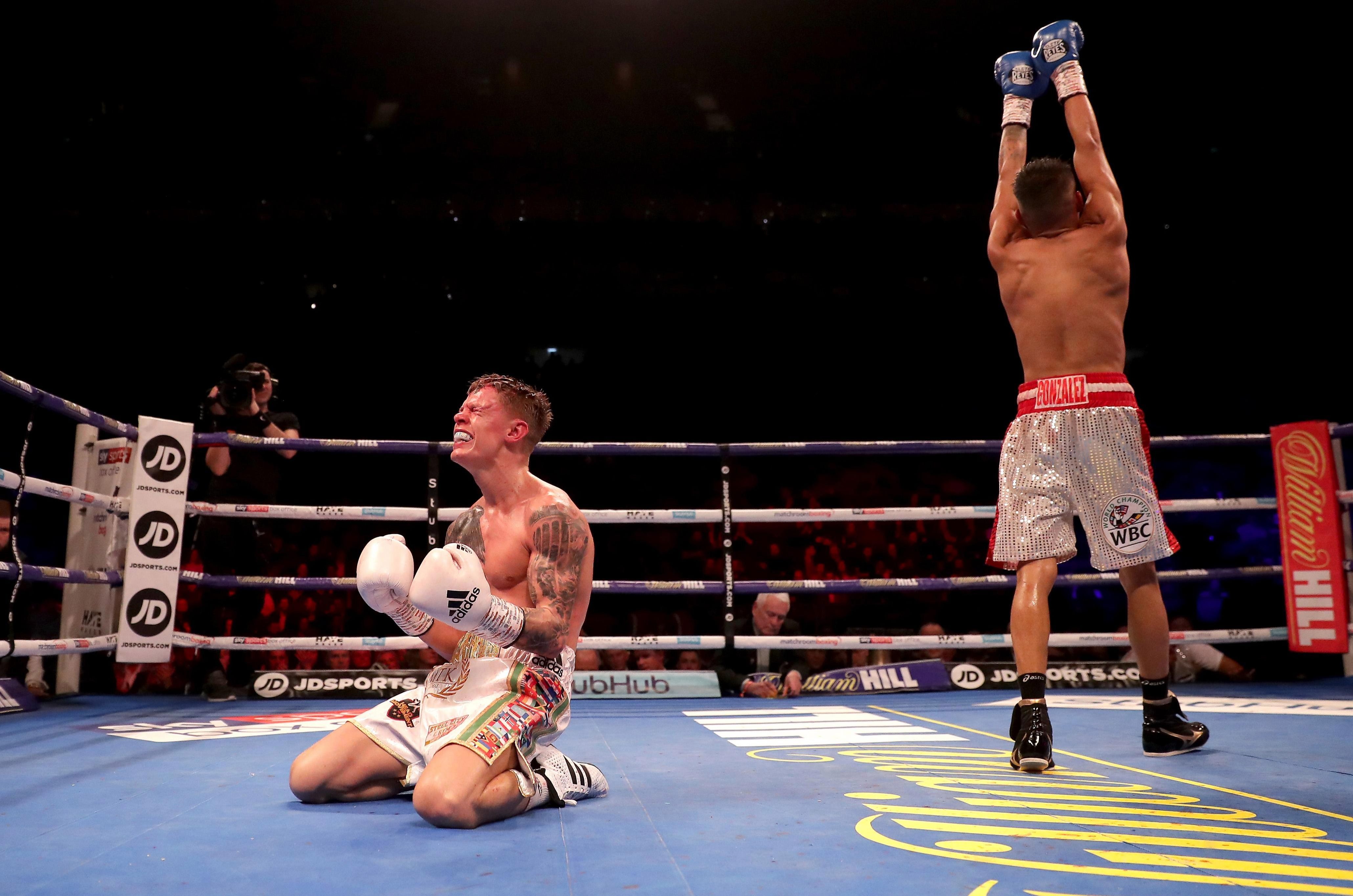 After a stunning underdog victory, Edwards said: "That's for you, mum. When she was ill she told me to never give up on my dream. That's for my mum.

"My first cut in the pro ring never bothered me. I am obsessed with this sport. I live it day-in and day-out.

"He was heavy handed but I took the distance away from him, and nullified him.

"I've had a lot of doubters. You should never have doubted me… 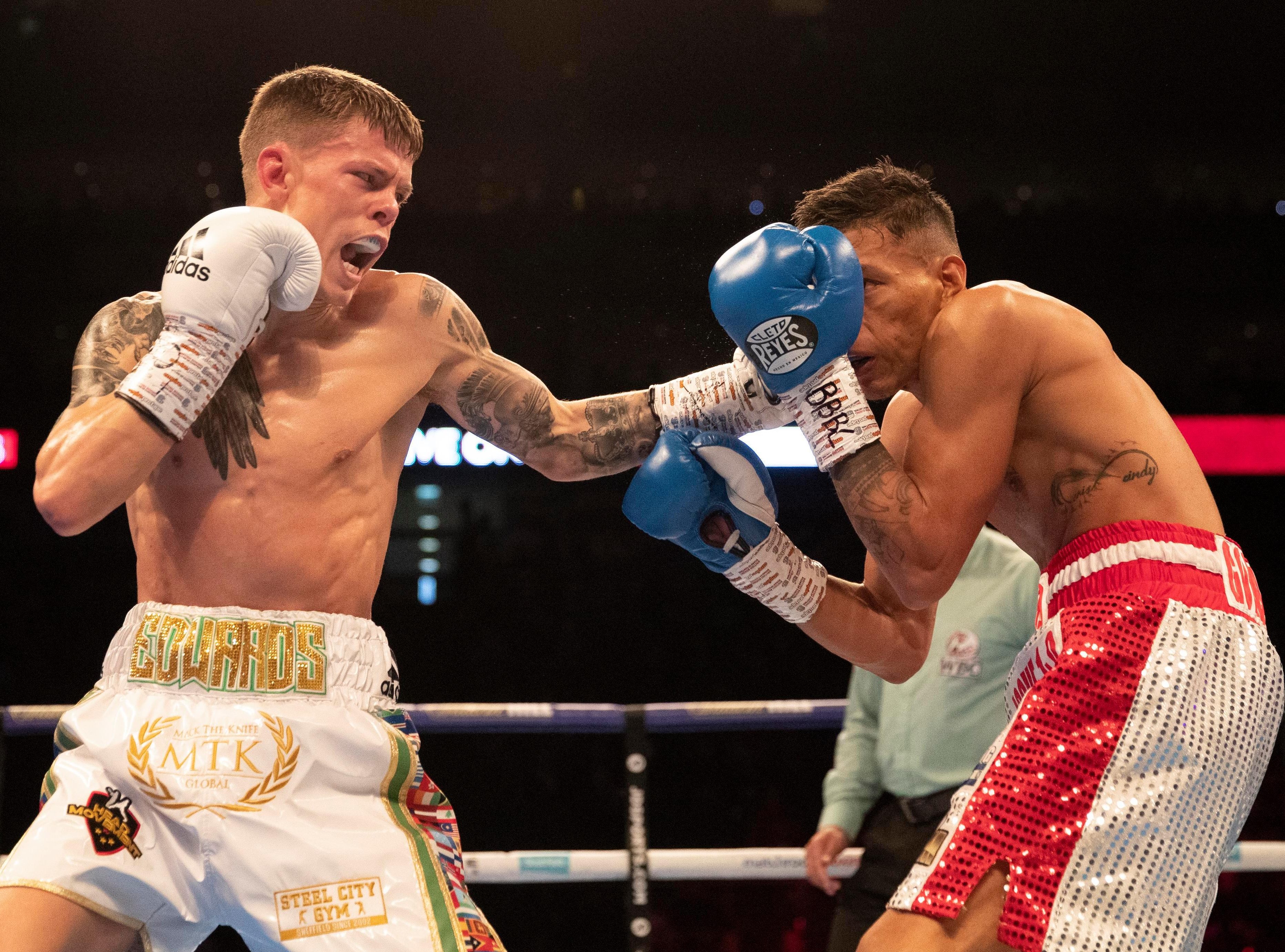 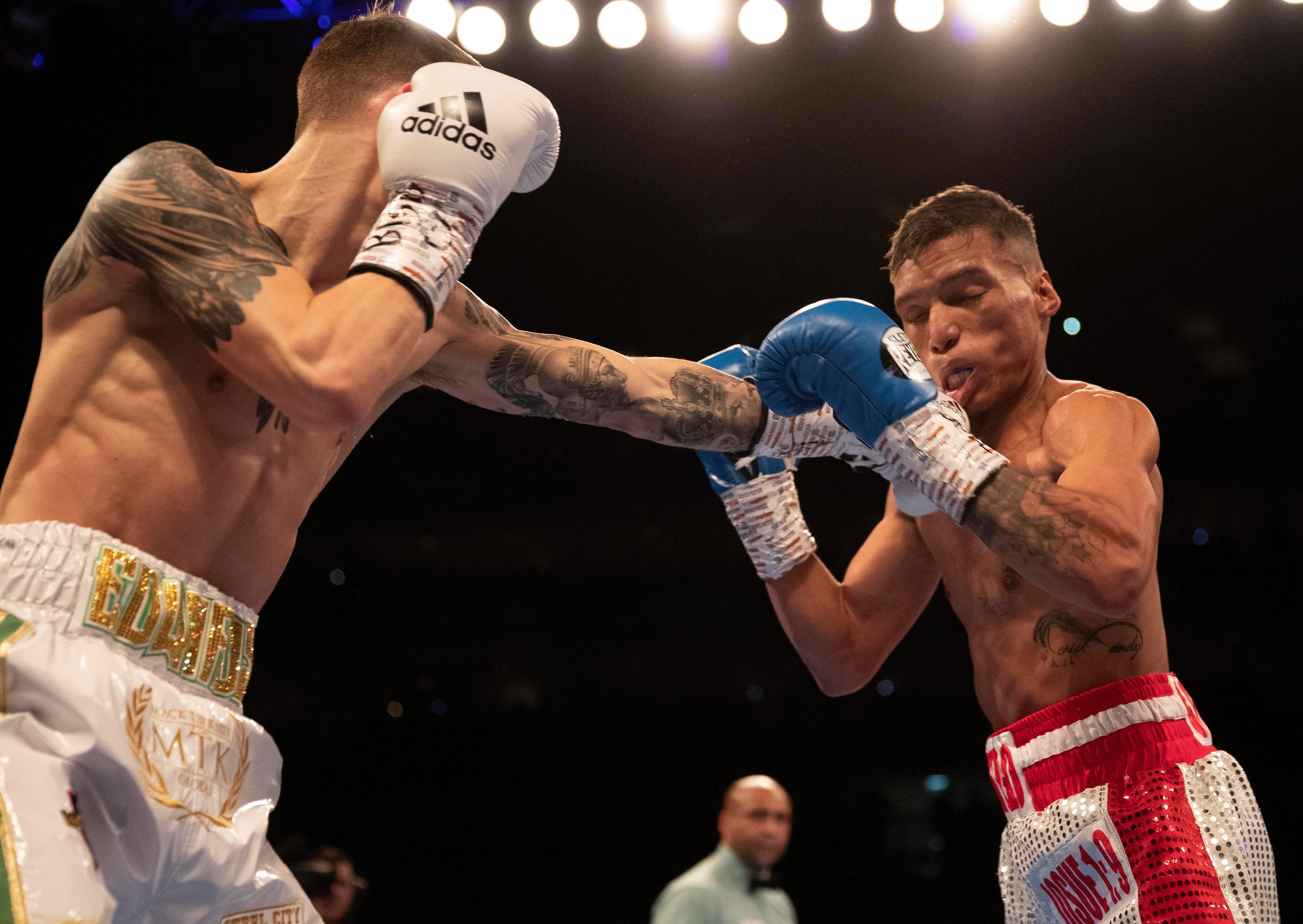 "I want to unify the division. I am ready for anyone and everyone. I'm not here to dodge people.

"I will stay at flyweight and I want to rule the division."

A brutal head clash in round seven left Edwards drenched in his own blood, with a Harry Potter-style scar likely to follow.But the produced a night of magic and survived all of Rosales’ pressure and was rewarded with a unanimous decision of 118-110, 117-111 and 116-112.Edwards’ team were happy with some of his early work, roaring on his jab.

But Rosales marked himself as the more heavy handed man and each time a shot landed the noise echoed around The O2.

The 25-year-old Surrey babyface enjoyed the second round much more than the opener and ended the session with two razor-sharp combinations. But Rosales always looked capable of swallowing his best shots. 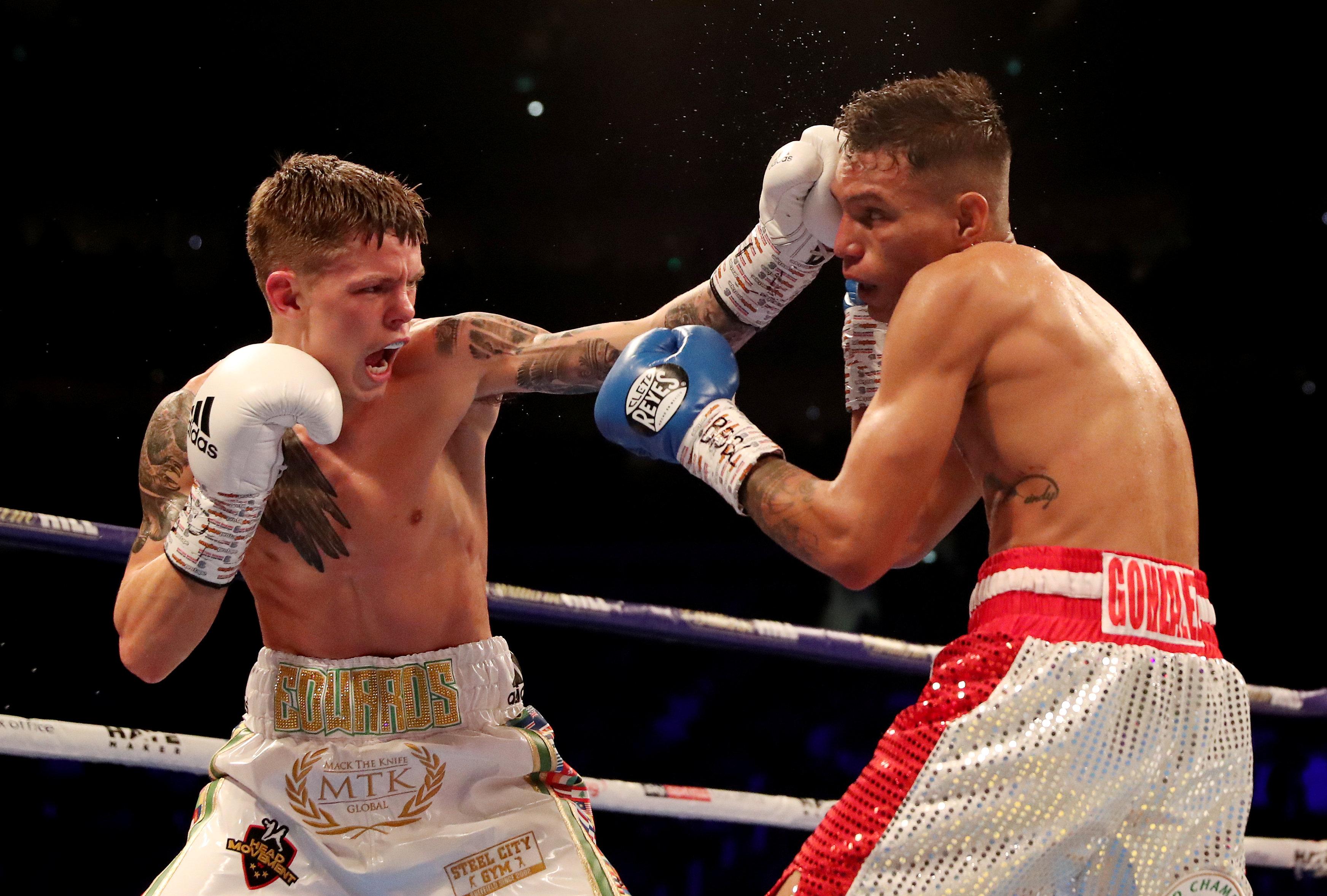 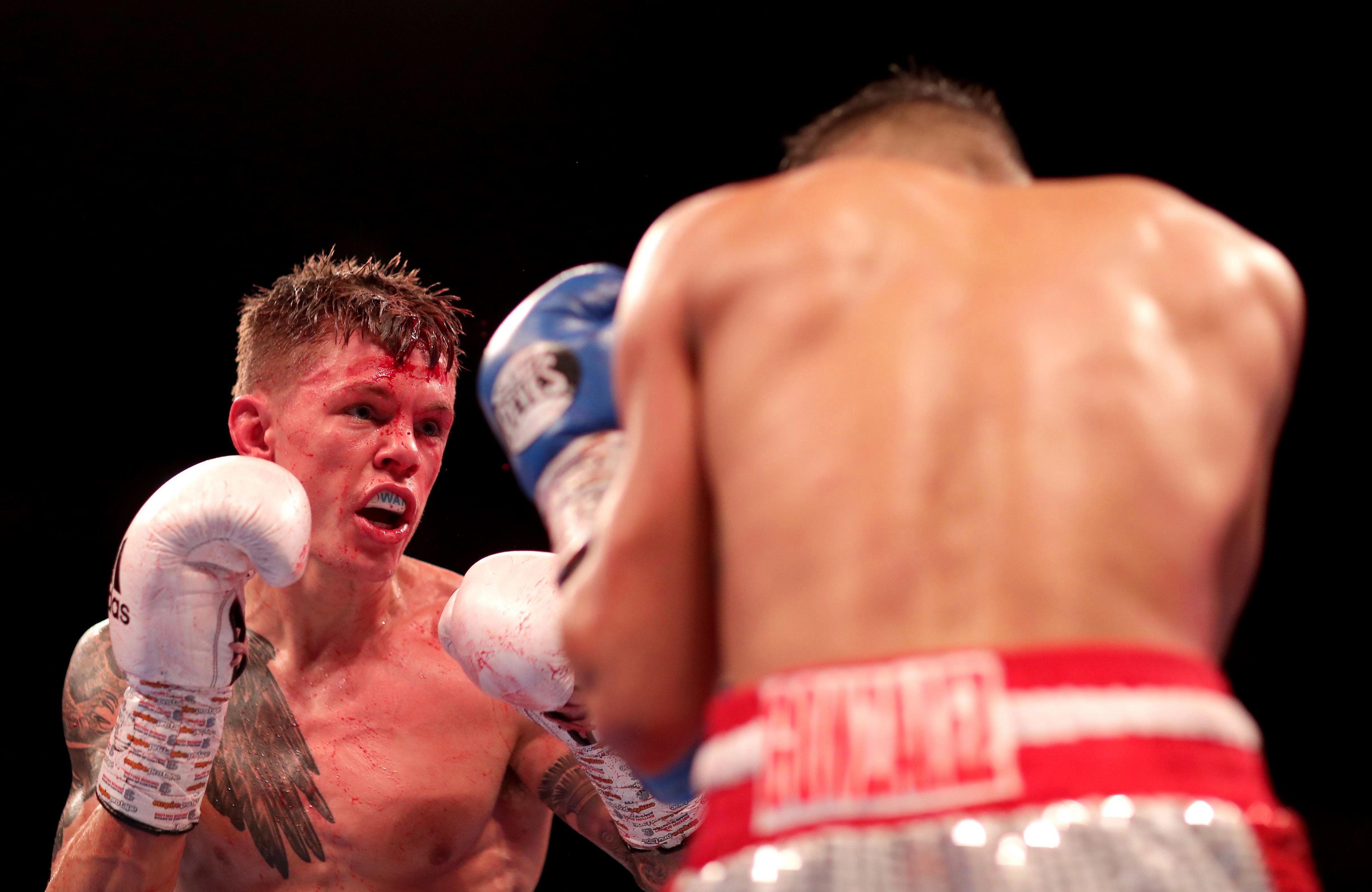 Stalking Rosales battered his way back into the action at the midway point, hunting Edwards around the ring.

Edwards looked stunned in the seventh and took a well earned breather with some strategic holding and a gash above his left eye, on the outskirts of his hairline, needed attention at the interval.

The wound seemed to be caused by a clumsy clash of heads.

Despite the blood streaming down his face, Edwards enjoyed the eighth, the highlight being a straight one-two that stopped Rosales in his tracks momentarily.

Edwards gave his fans a scare in round nine when he stayed in the pocket too long and was tagged with some spiteful shots. 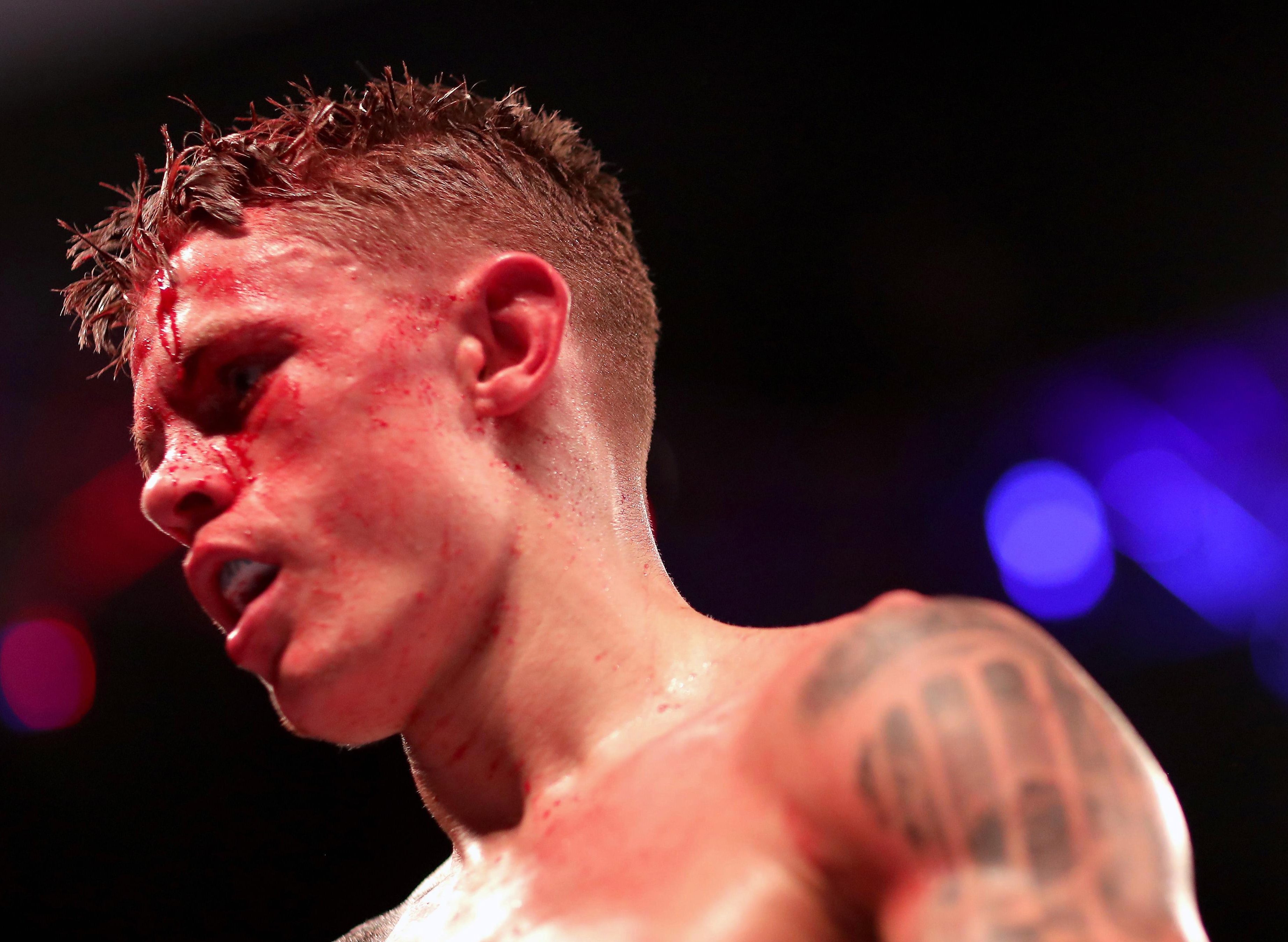 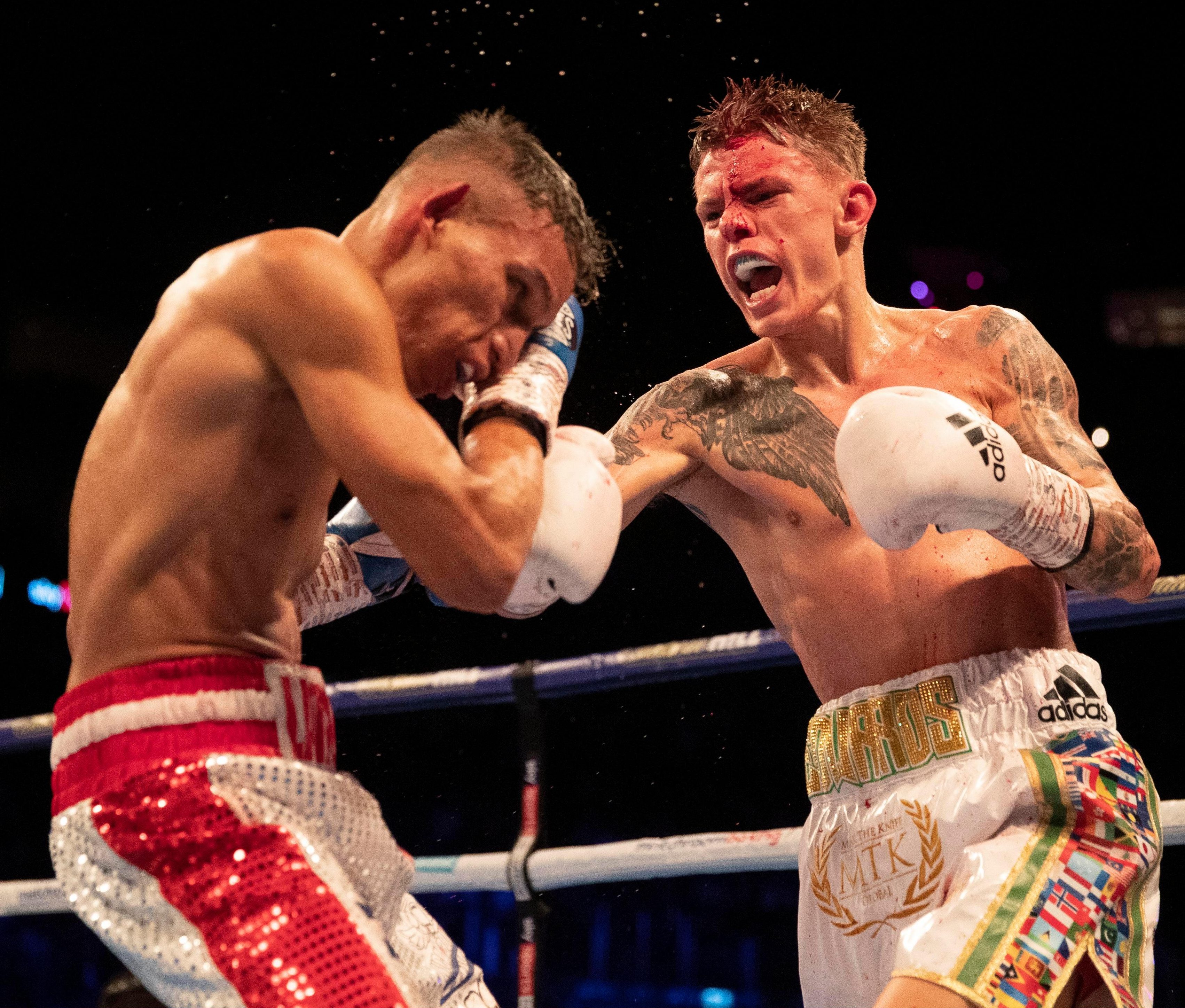 And a left hook in the final seconds of the stanza dazed the underdog and his legs seemed to wobble.

Both warriors enjoyed success in the tenth but it was Edwards who was able to end with the better flurry, right on the bell at the perfect time to convince any fence-perched judges.

Rosales had knocked out 19 of his previous 28 opponents but Edwards oozed resilience, even in the penultimate round when he would have been forgiven for running on empty.

Rosales never took his foot of the gas, marching forward and throwing bombs. 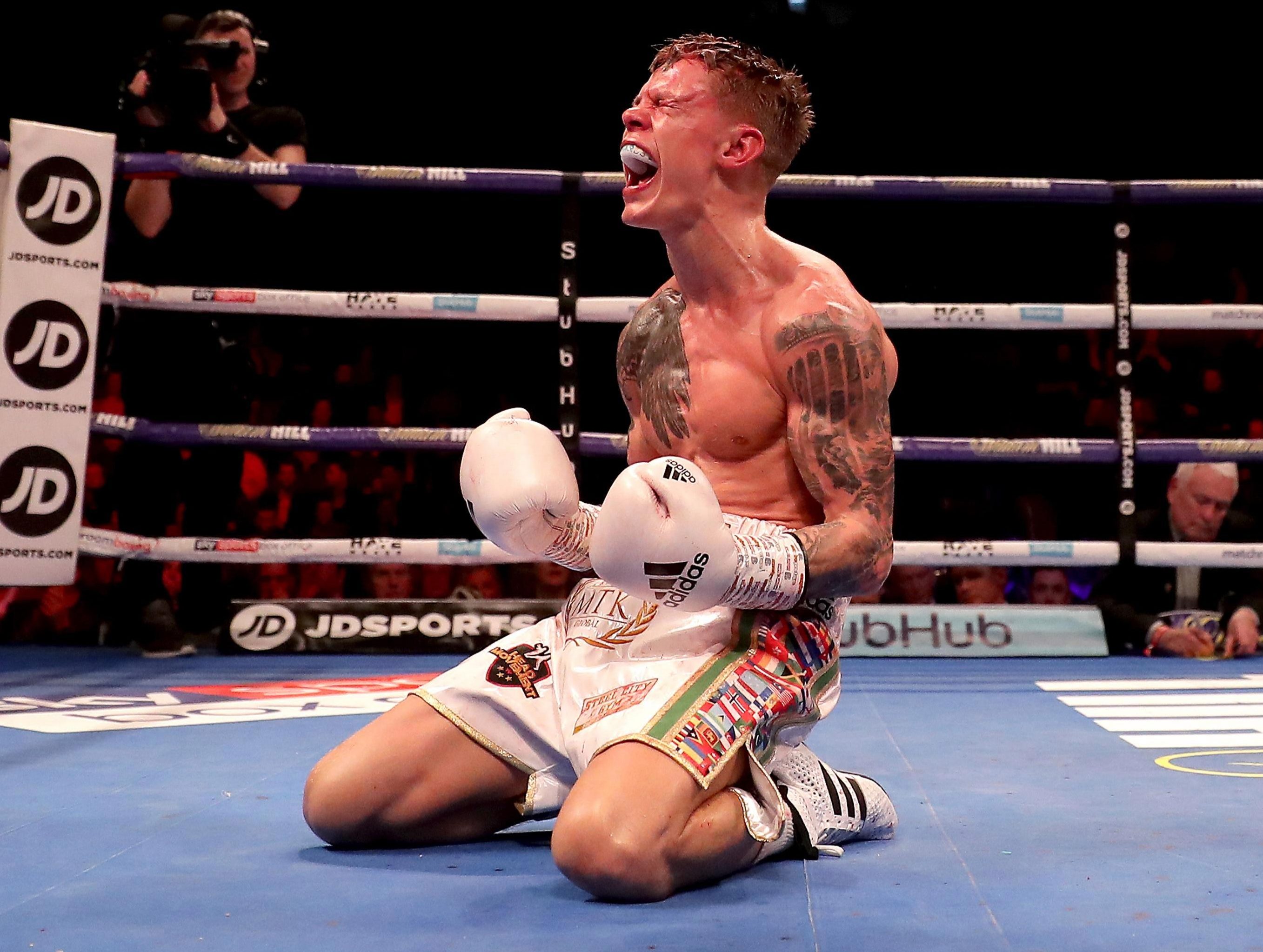 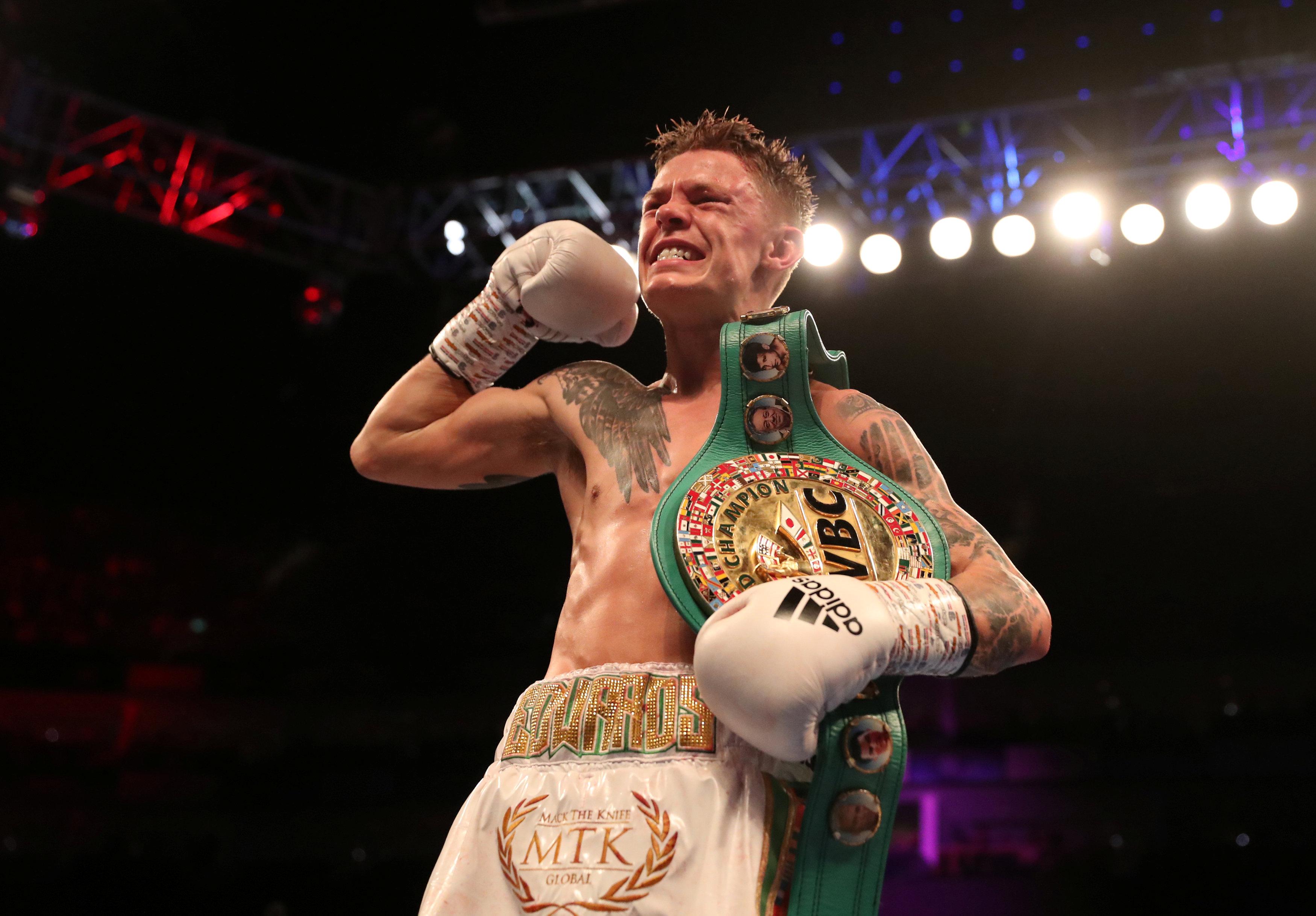 But Edwards boxed beautifully on the back foot and banged back at every opportunity.

And the final round was another attritional session that both men slugged through to make the final bell.

When Edwards got the decision and fell to the floor in ecstacsy and dedicated the win to his mum. 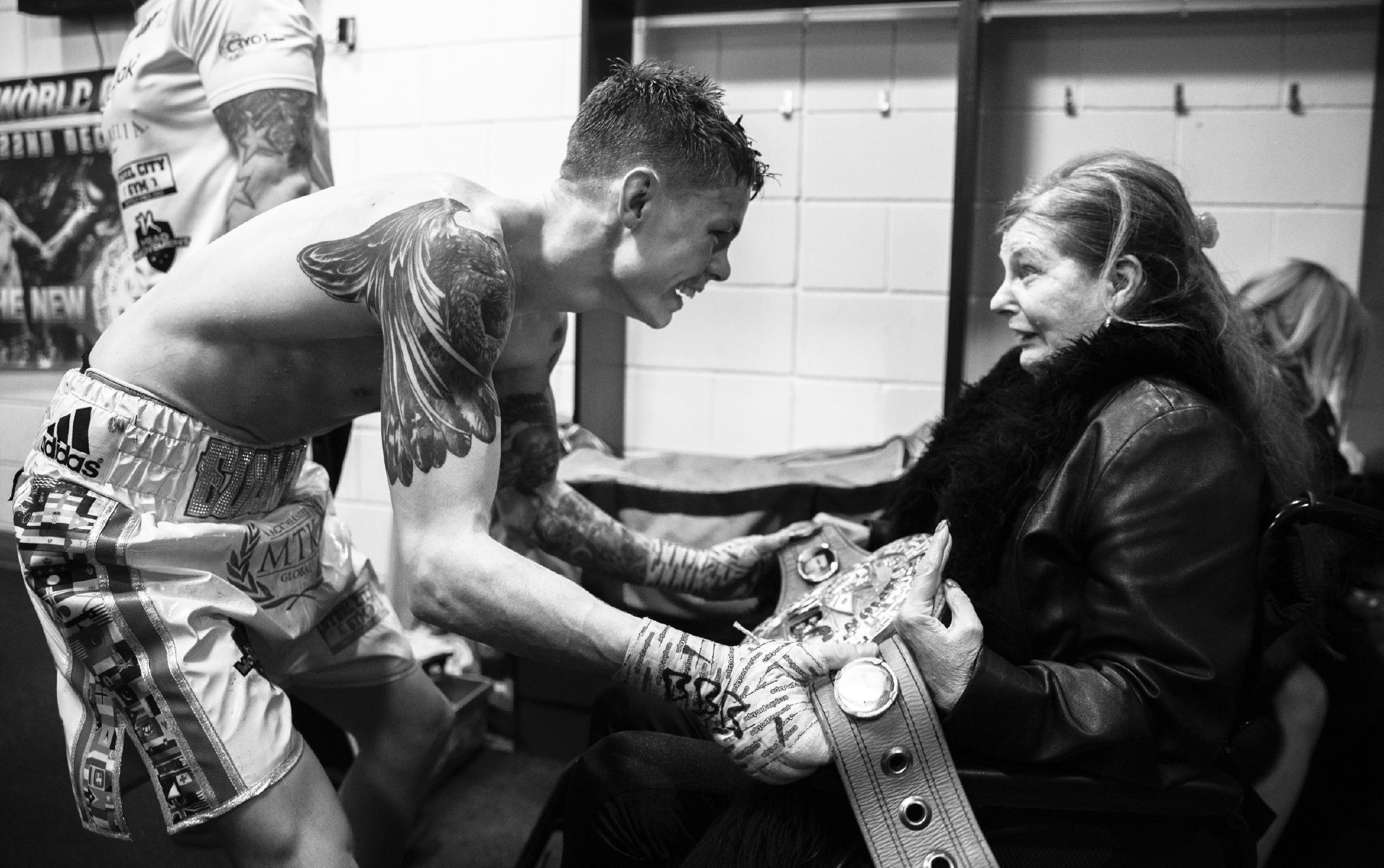 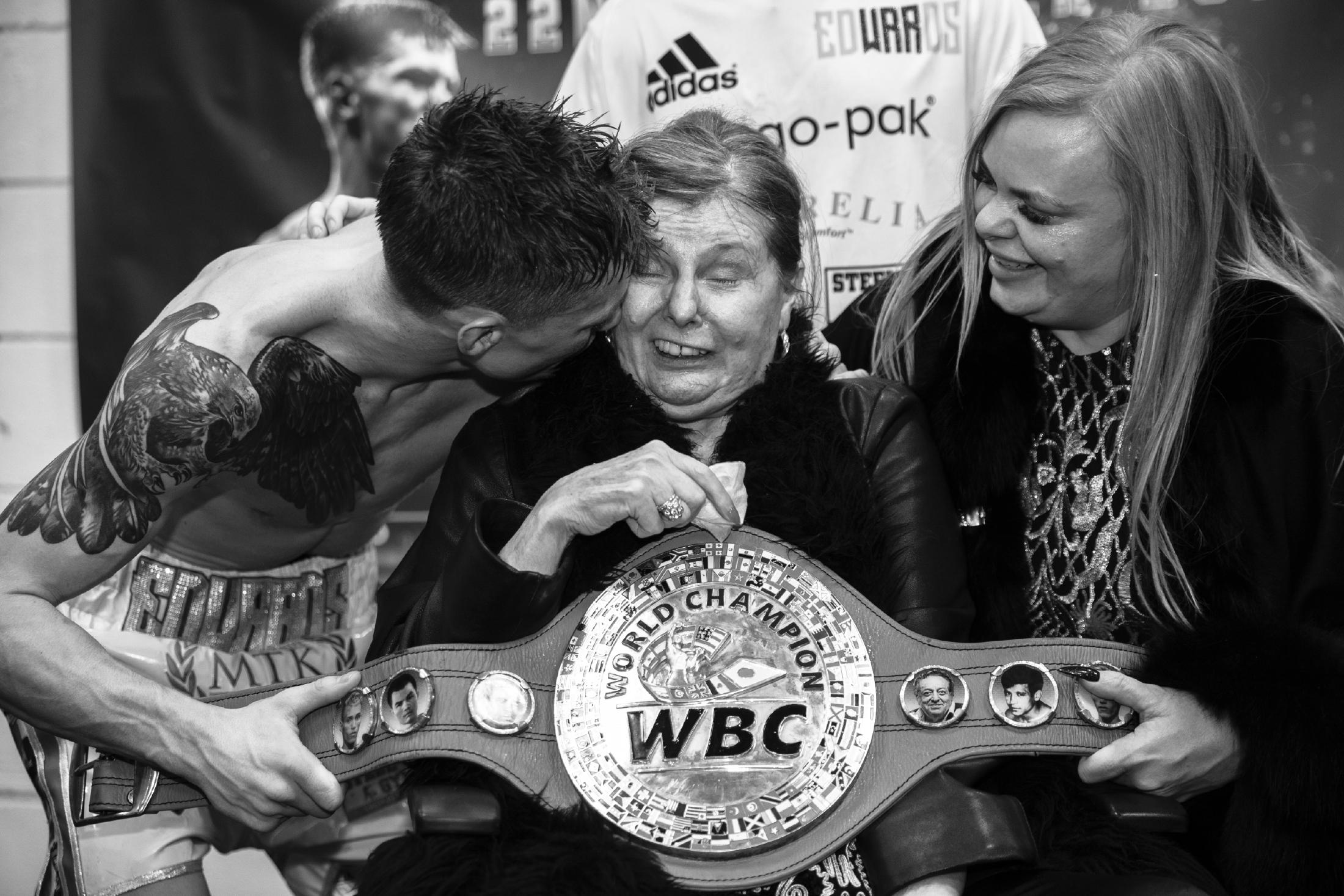