BIG names of world football have already booked their places at next year’s Qatar World Cup.

The likes of England, Brazil, Argentina, France, Germany, Spain, Belgium and Holland have already qualified for the tournament’s first visit to the Middle East. 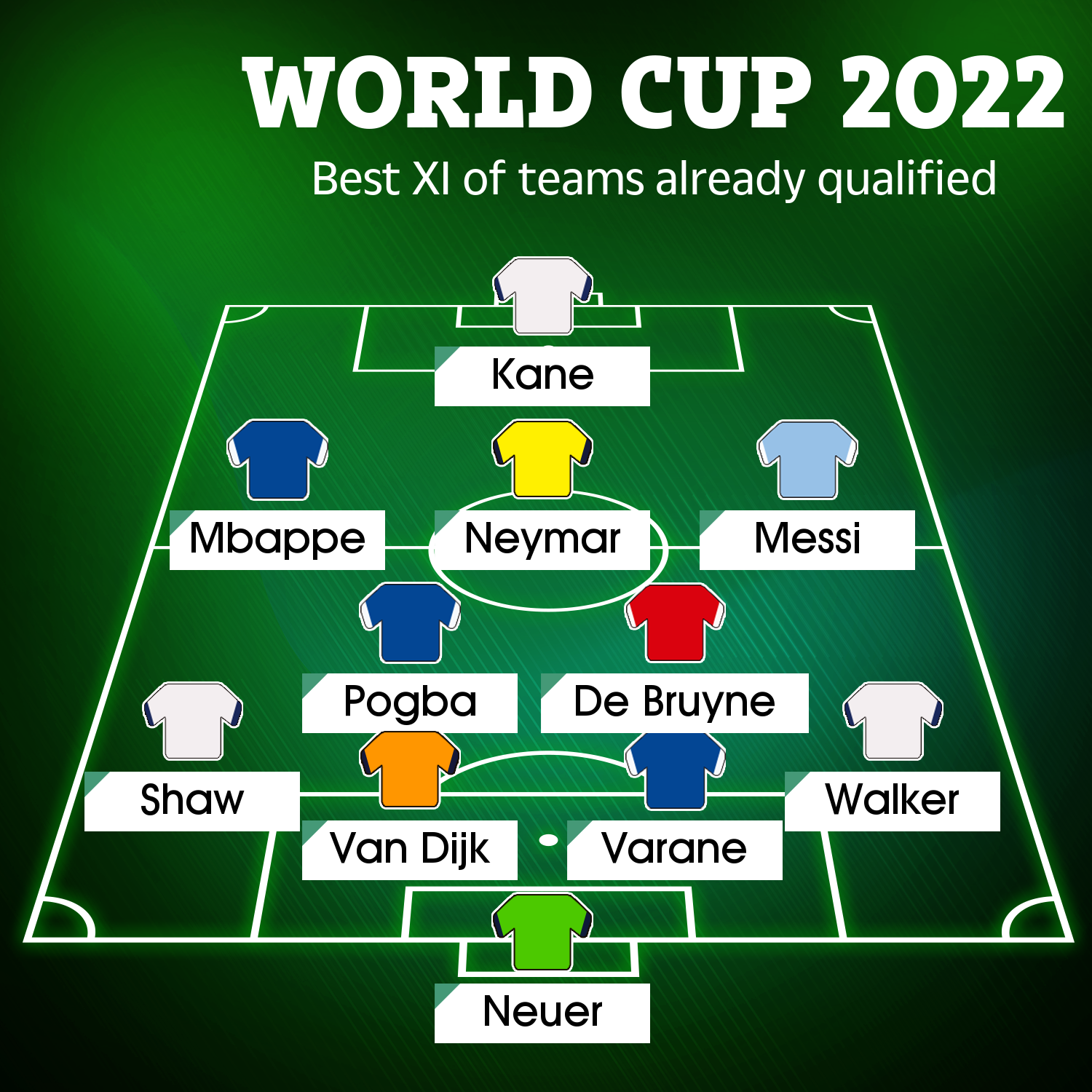 That means stars such as Harry Kane, Kylian Mbappe, Lionel Messi and Neymar will get their chance on the world stage once again – injury or loss of form permitting.

England talisman Kane leads the line in the combined XI of nations who are confirmed for Qatar following the end of the qualifying group stages.

He is joined up top in a 4-2-3-1 by Paris Saint-Germain team-mates Messi, Neymar and Mbappe – stars of Argentina, Brazil and France respectively – with England captain Harry Kane leading the line.

Behind them is a glittering midfield duo of France’s Paul Pogba and Belgium’s Kevin De Bruyne.

Given the natural tendencies of Pogba and De Bruyne to get forward, the back four needs to be rock solid and experienced at the highest levels.

Three Lions favourites Kyle Walker and Luke Shaw get the nods at full-back, with Shaw backed to rediscover his Euro 2020 form after recent wobbles with Manchester United.

And anchoring the stellar combined XI is veteran keeper and Germany captain Manuel Neuer, who probably gets the nod over Kane as skipper on the day.

But this being modern international football, it’s worth a look at how a back three would shape up in an alternative XI.

Excluding any players selected in the 4-2-3-1 line-up, the defence has a more Brazilian flavour to it. 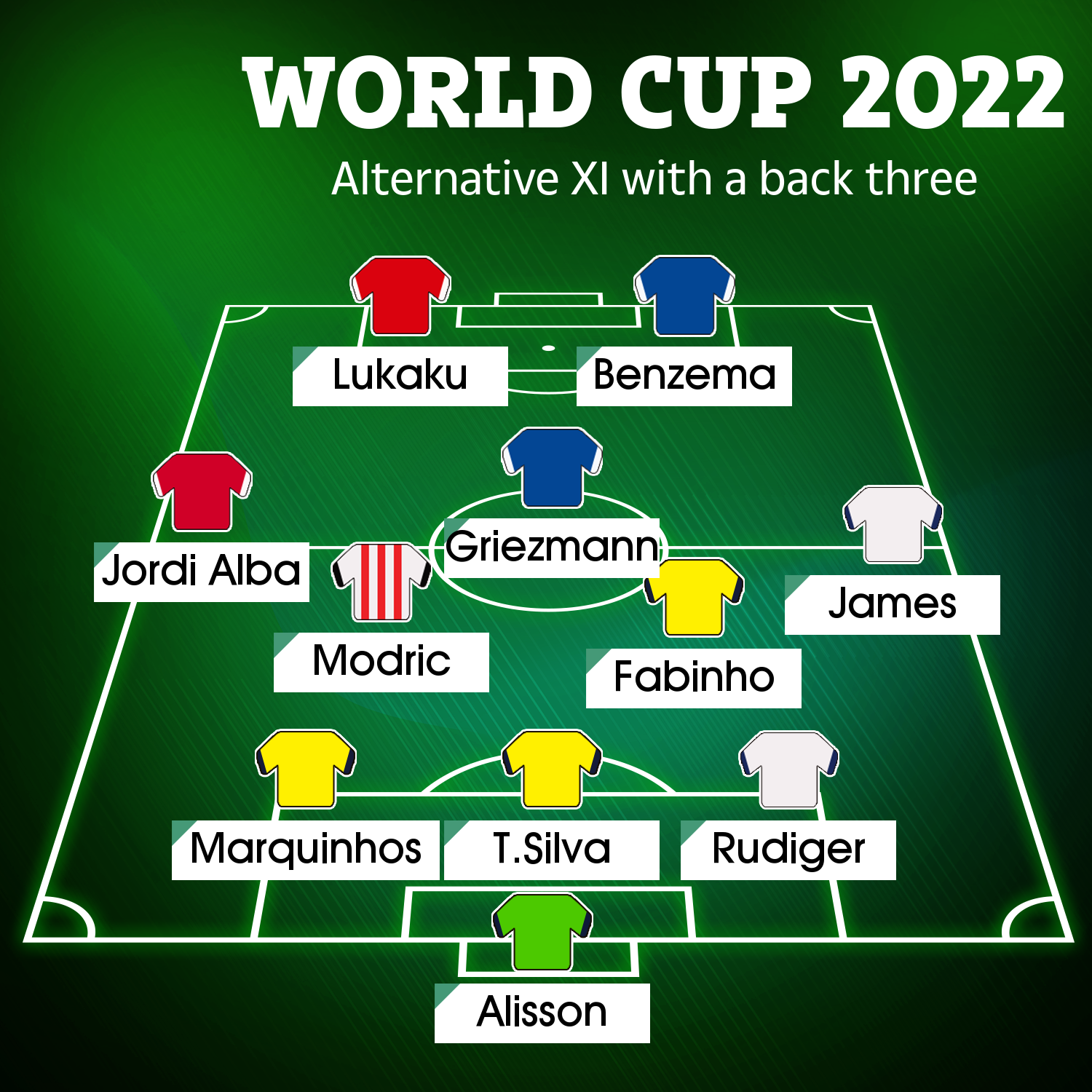 With Alisson in goal, fellow South Americans Marquinhos and Thiago Silva are joined at the back by Germany’s Antonio Rudiger.

Up top are two proven goalscorers – France’s Karim Benzema brings his stunning Real Madrid form to the fore while Romelu Lukaku is back to return from recent injury with a bang.