Newcastle manager Rafa Benitez was furious with two refereeing decisions as his team suffered a stoppage-time home defeat by Wolverhampton Wanderers in the Premier League on Sunday.

Referee Mike Dean ignored an apparent elbow in the face suffered by Ayoze Perez that could have been a penalty and a possible red card. 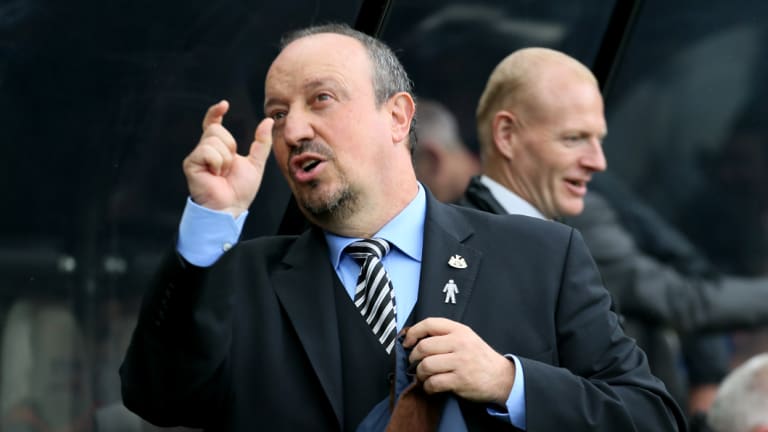 Margins: Rafael Benitez feels a referee error cost his Newcastle side dearly in its late loss to Wolverhampton.Credit:AP

Earlier he sent off Newcastle's DeAndre Yedlin for preventing a clear goalscoring opportunity but Benitez claimed that Jamaal Lascelles was close enough to have intercepted.

"It was key to the game, the red card and the elbow on Ayoze Perez," Benitez told the BBC.

"We need VAR right now. In this game it would have changed everything. How can you explain those decisions to our fans?"

Perez said that the referee told him it was the ball that him in the face.

As for the dismissal of Yedlin, Benitez was adamant that Lascelles was in a covering position as his American teammate pulled back Diogo Jota by the shirt.

"He was close enough to get across," the experienced Spaniard said. "You can guarantee to me that the player in the corner of the box can score in the top corner every time? It cannot be a red card.

"We have lost three points today and we deserved to win."

Instead of moving to within one position of Wolves in mid-table, Newcastle had to watch their visitors shoot into the top 10, nine points ahead of them after a second win in five days following their defeat of Chelsea.

Manager Nuno Espirito Santo felt his team had been fortunate.

"We didn't do the best performance," he said. 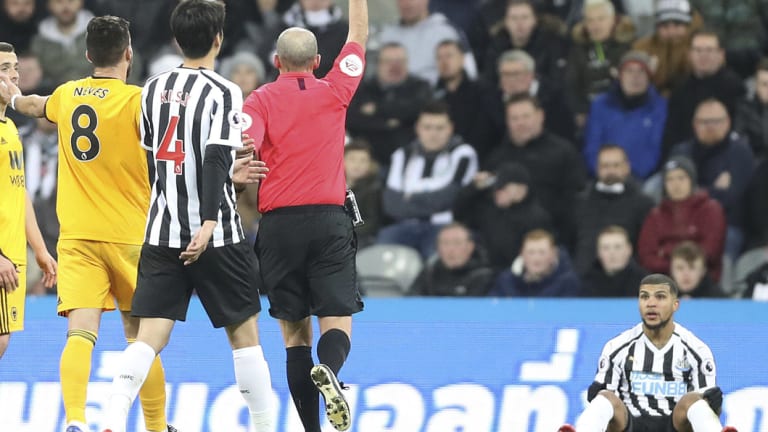 "We didn't win our duels or manage the possession of the ball. The red card changes the game.

"We were lucky to beat them in the end. A draw was clearly the right result."

He dismissed the challenge by Willy Boly on Perez, however, as "a dispute of the ball".

"It was a tough game in the momentum where we are. Everyone thinks everything was solved after (beating) Chelsea but that's not true."