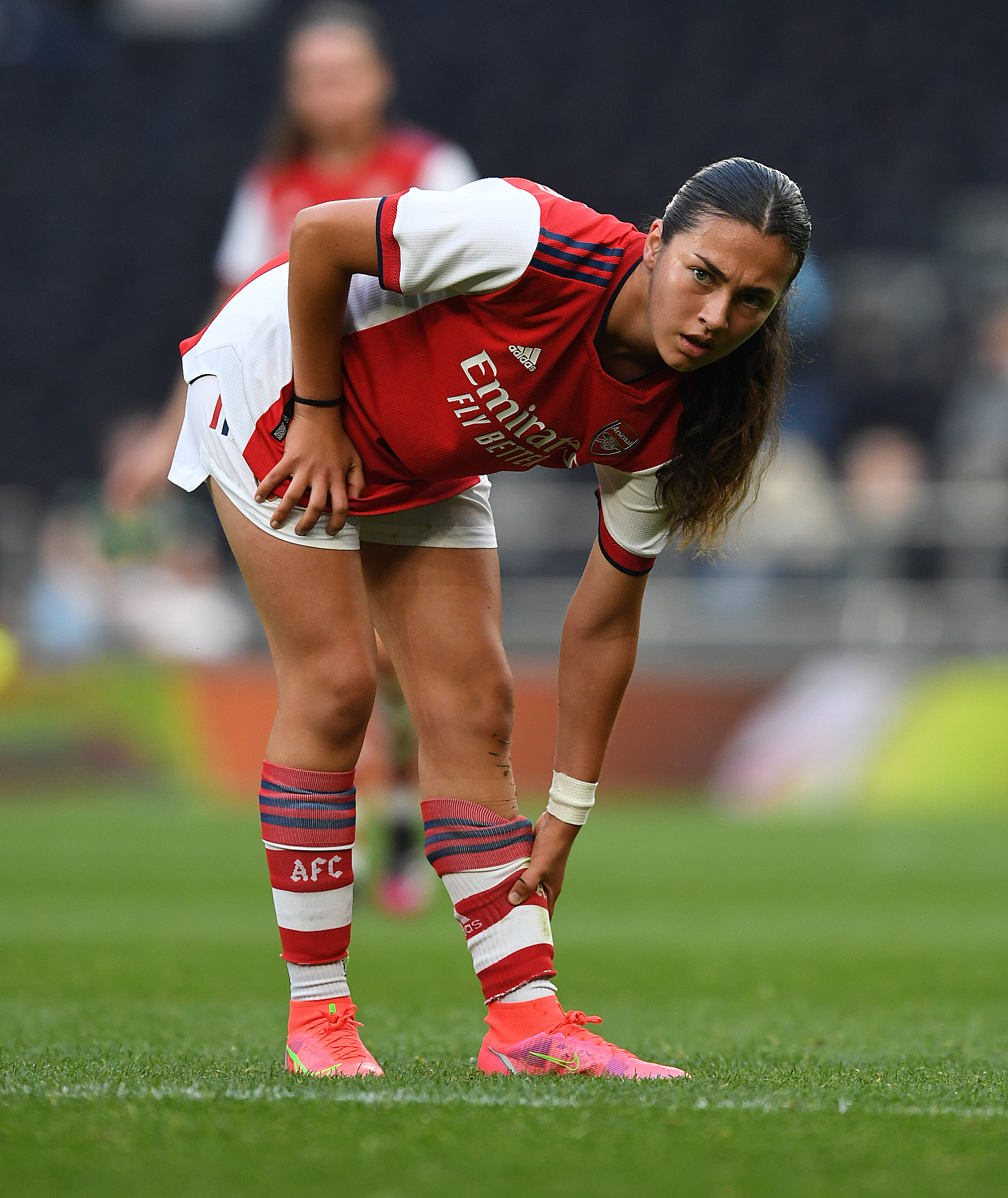 And he says Halle can be a global sensation.

She is an England Under-18 captain and has already been a hit in the Gunners' first team.

Sogut said: "She can be a huge star and have the same impact as Emma Raducanu.

"She has a lot of similar qualities to a young Mesut.

"She has the potential to be as successful in the women's game as Mesut has been in the men's."

Houssein plays in midfielder and Arsenal fans are already getting excited about her potential for the future.

She wears the number 33 shirt for the Gunners and made her senior debut as a second half substitute in a 4-0 victory over Reading in September.

But the teenager is yet to make her first start for Arsenal in the WSL.

Arsenal can take a step closer to qualifying for the quarter-finals of the Women's Champions League when they take on HB Koge on Wednesday.

They are currently second in Group C after three games, having beaten Hoffenheim and HB Koge – but were thrashed 4-1 by champions Barcelona.

Barca won the competition last year, inflicting a crushing 4-0 defeat on Chelsea in the final in Gothenburg – and the Gunners will face them again in December.

Arsenal are currently top of the WSL with six wins in their opening seven games, losing their 100 percent record with a 1-1 draw with rivals Spurs yesterday.

The club is the most successful in English women's football with 15 league titles, despite winning it only once in the last nine seasons.

And Eidevall's side will be aiming to beat rivals Chelsea to the title this year, with the dominant Blues having now won two consecutive WSL trophies.

And despite Houssein's tender age, the talented teenager will no doubt have a role to play as her side chases another league trophy this season.