ALEXANDRE LACAZETTE has sent Arsenal fans wild after dropping a huge hint that he is set to stay at the club.

The 29-year-old is thought to be one of the players Gunners boss Mikel Arteta is open to selling in order to raise funds for new signings. 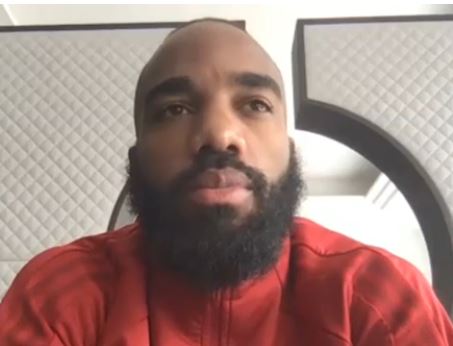 Juventus are believed to be leading the race to land the Frenchman with Gonzalo Higuain expected to leave.

Lacazette has also been offered to Atletico Madrid as a sweetener in a deal for £44million-rated Thomas Partey.

But many Arsenal fans are desperate for the striker to stay and his social media activity suggests his long-term future may be in north London.

One fan took to Instagram to urge the former Lyon man to commit to the Gunners, writing: “One word. STAY."

Lacazette then responded to the supporter with simple winking face emoji.

The France International chipped in with 10 goals in 30 Premier League appearances for Arsenal last season.

Yet he has found himself struggling to secure a first-team spot and with just two years remaining on his deal, the Gunners could look to cash in.

Arteta has slapped a £30m price-tag on Lacazette, who for his part called Arsenal his "dream club" last month.

The possible sale of Pierre-Emerick Aubameyang could mean Lacazette gets an opportunity to become the main No9.

Though he insisted his future is not dependent on what happens to his strike partner.

He said: "We know that Auba has a lot of discussion with the club but I can't put my future in someone else.

"Everybody does their own thing. I used to talk with him a lot at the beginning when we came back from lockdown.

"But since we really don't really talk. I just know he will say something to me before you in the press will know but that is it."