MIKEL ARTETA has got his Gunners purring.

A 2-1 win against ten-men and relegation threatened Leeds has put Arsenal on the brink of Champions League qualification. 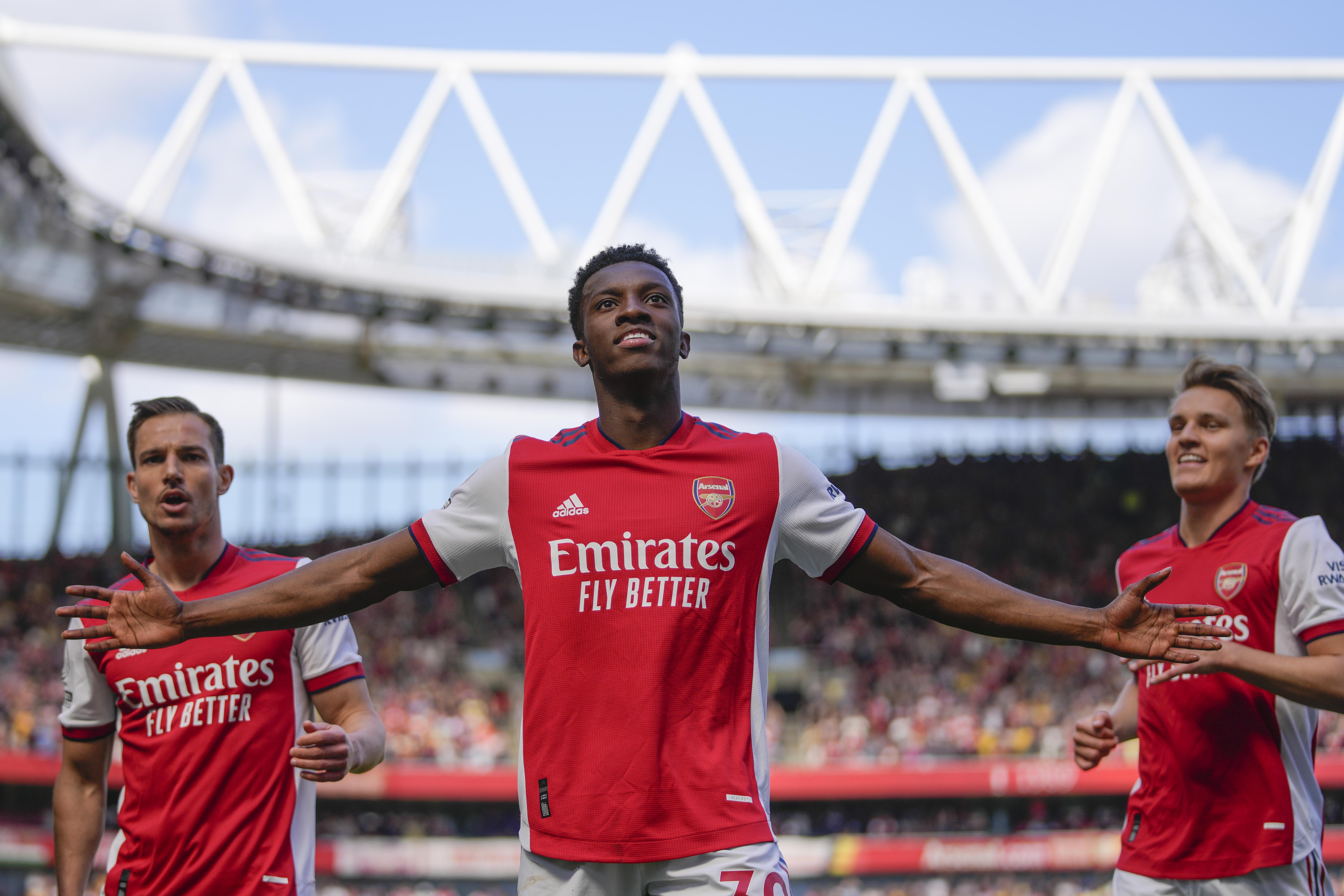 But don't be fooled by the fact that Leeds were a man down for 63 minutes.

Arteta's side had this one wrapped up well before Luke Ayling was given his marching orders for a wild two-footed lunge on Gabriel Martinelli.

Eddie Nketiah fired the Gunners into a two-goal lead within the first 10 minutes, with the out of contract youngster impressing once again alongside the irresistible Martin Odegaard.

But the defensive issues are still there for Arteta at times, proven when Rob Holding was beaten at the near post far too easily by Junior Firpo to flick on for Diego Llorente's goal.

Here's how SunSport's Giacomo Pisa rated and slated the Gunners.

It's hard to give a player a rating when they have absolutely nothing to do, but that is the case for the Arsenal goalkeeper.

Only thing asked of him was picking the ball out of the net for the Leeds goal, which he could have done nothing about.

Asked to play in the more slightly unnatural position of left-back against Leeds' biggest attacking threat in Raphinha.

Did the job well, and the Japanese international continued to prove he's a guaranteed 7/10 every week.

Stepped in at centre-back again in the absence of the injured Ben White.

The man the Arsenal faithful call "Holdinho" doesn't possess the same passing range as White, or the same composure at the back.

He was beaten at the near post from a corner with worrying ease by Junior Firpo, who flicked on for Diego Llorente to score Leeds' goal.

Booked on 16 minutes for a wild lunge on Dan James, that if he had made more firm contact could have easily been a red.

Not much to do throughout the game, and will be frustrated to come away without a clean sheet.

Perhaps a tad susceptible at times to balls over the top, the Emirates crowd didn't seem entirely convinced with Cedric's display.

But the full-back did prove he is more than capable to step in when the first-choice options are unavailable.

Should have had a goal early in the second half but fluffed his lines from three yards out. 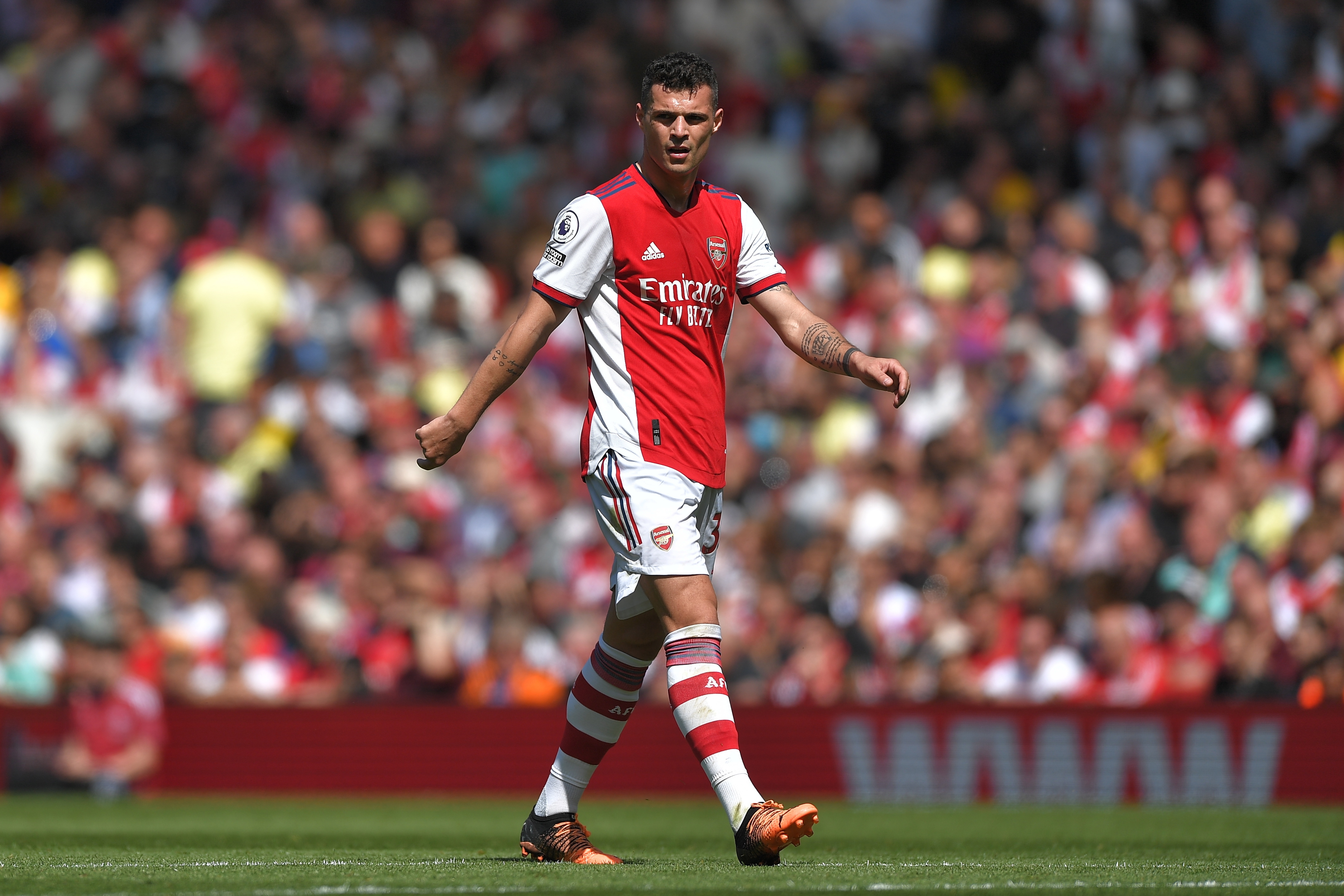 Went slightly more under the radar than his midfield compatriot, but a solid display nonetheless.

Started the game well, bamboozling Junior Firpo with his pace and trickery.

The youngster has confidence oozing out of him, proven by backing himself to take on a long-range volley. The effort was blocked, but the confidence is there for all to see.

Began to fade away in the second half, and was replaced with just over 20 minutes to play by Nicolas Pepe.

Watching the Arsenal skipper was like watching a master at work at times.

Some of the deft flicks and back-heels that the Norwegian international pulled out of his bag of tricks today were an absolute joy to watch. 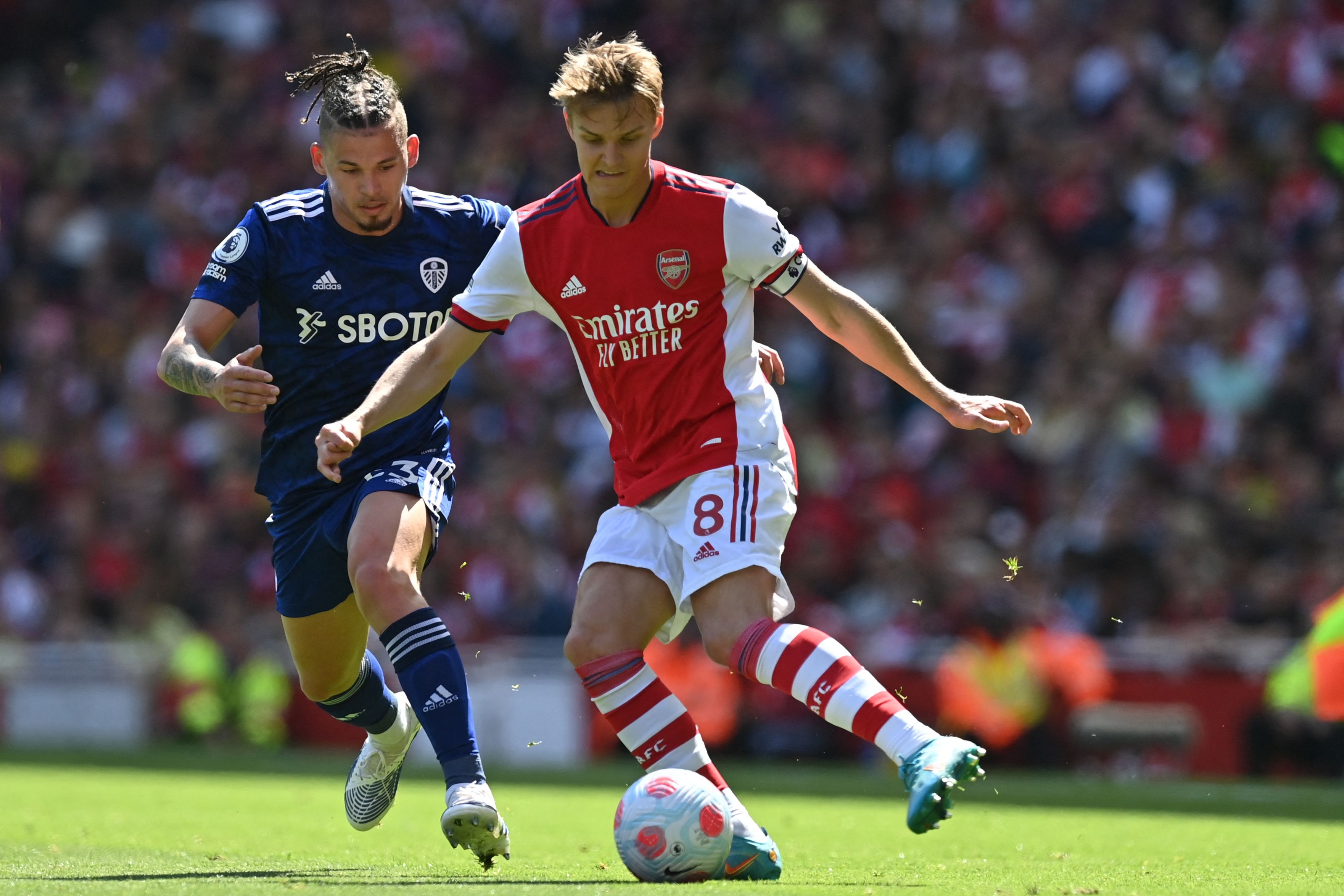 Possesses an incredible ability to the ball glued to his feet while defenders bounce off him.

Assisted Nketiah's second goal with a perfect cut-back, and was also fortunate to escape from Ayling's wild red card two-footed challenge without injury.

But he was let down by his finishing, and should have scored twice. Fired over Ilan Meslier's crossbar when put through one-vs-one, before skewing a volley horribly wide moments later after it sat kindly for him.

Summed up his hunger to score goals inside the opening five minutes, chasing down Ilan Meslier to tackle the goalkeeper and score.

Showed his striker's instinct to score the second too. Didn't celebrate the first upon netting against his old team, but had no problems celebrating when he doubled the score. 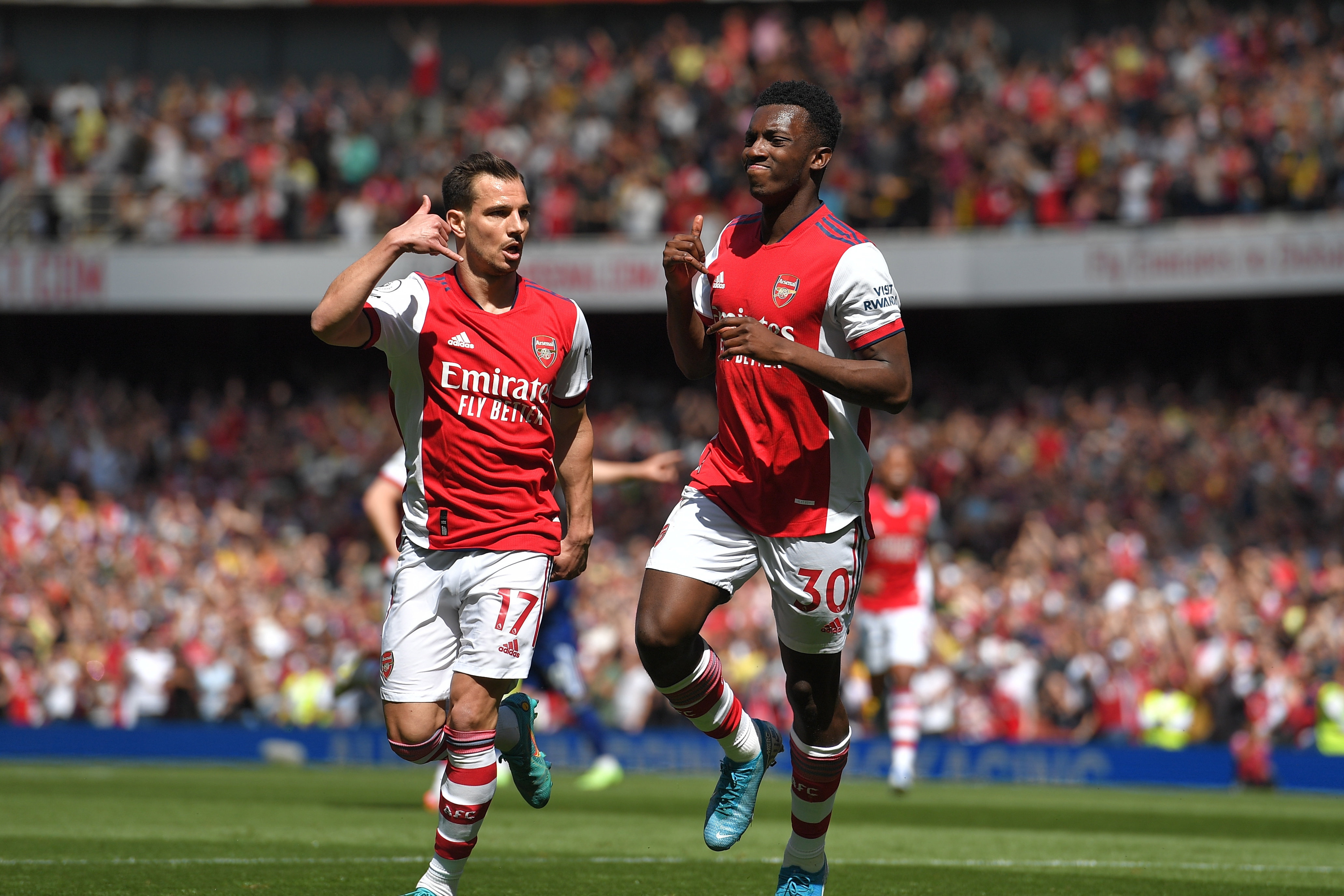 Given a decent enough run out by Arteta, but failed to impact the game at all when after he was introduced.

Guilty of losing the ball in promising occasions a number of times.

The same can be said for Smith Rowe, who has now fallen behind Martinelli in the pecking order at the Emirates.