EDDIE NKETIAH is seriously pumped for the new season.

The Arsenal whizkid spent lockdown bulking up to cope better with the Premier League’s physicality. 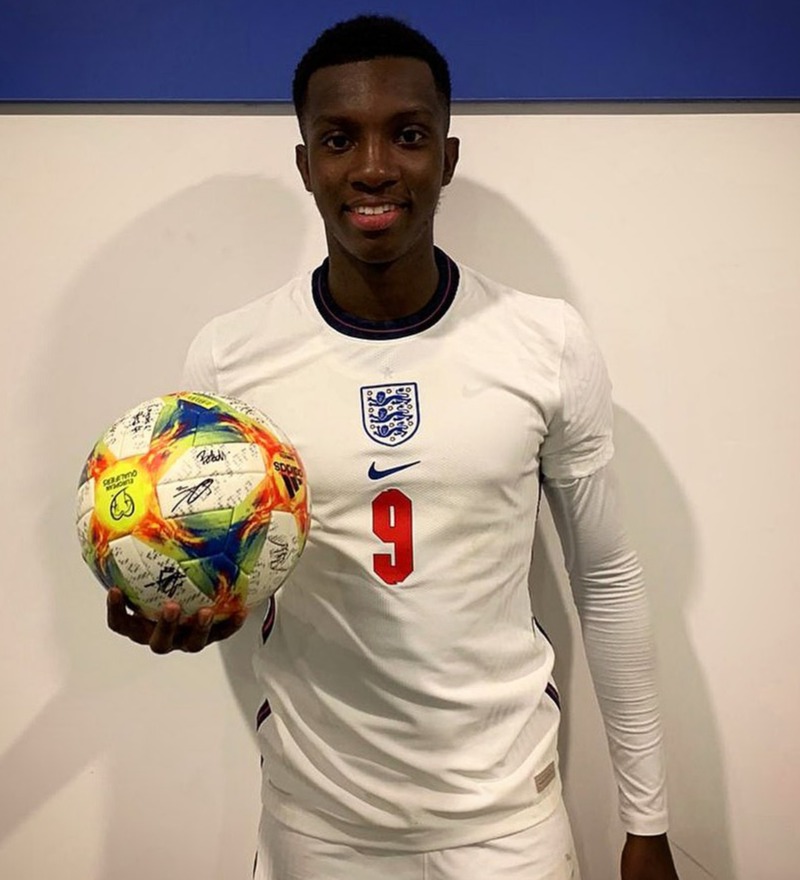 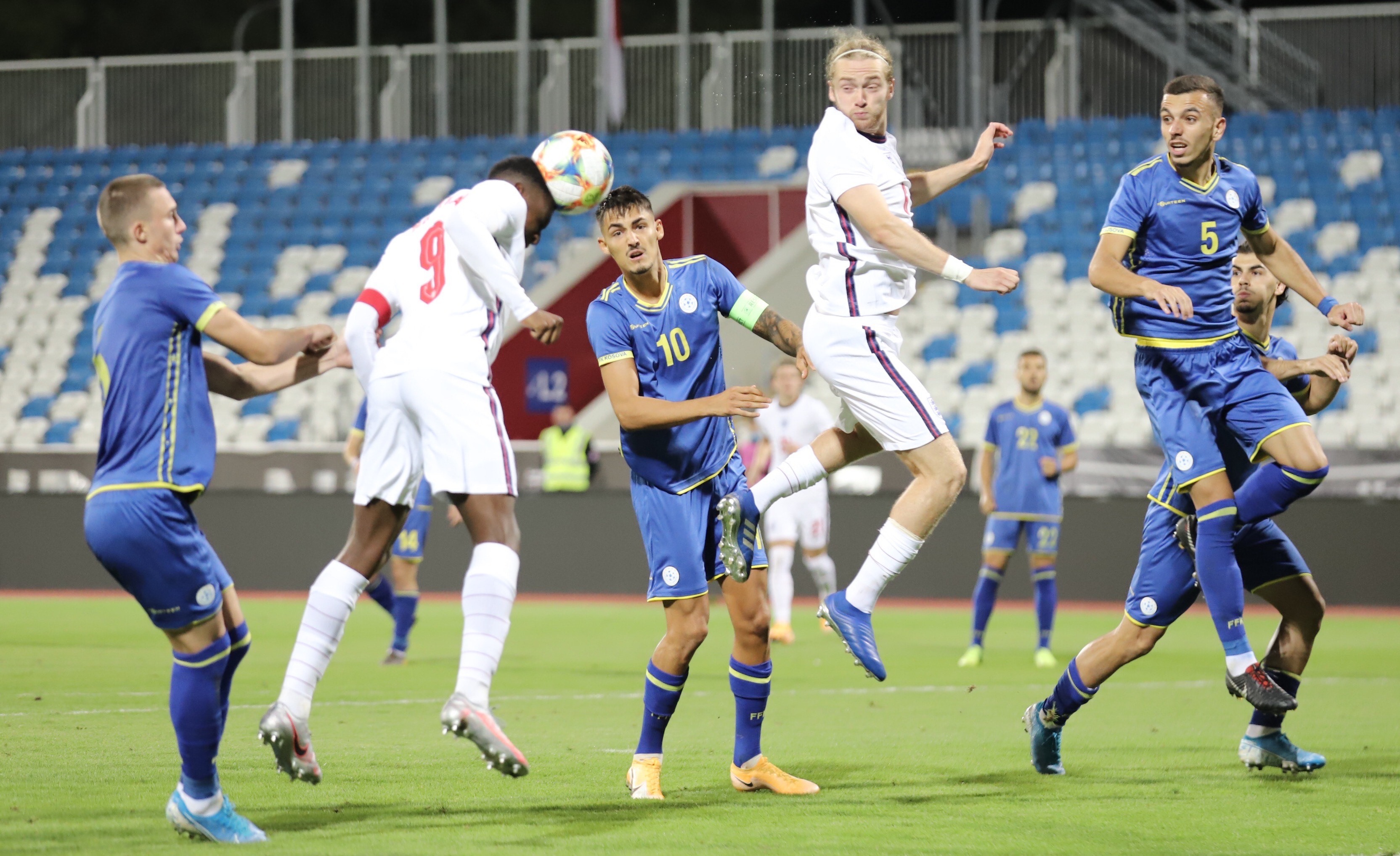 And he was far too strong for the Kosovo defence on Friday as he hit a ten-minute hat-trick to help the England Under-21s to a 6-0 romp.

Now the striker is ready to flex his notably bigger muscles when the top flight resumes this weekend.

Nketiah, 21, said: “During lockdown, I worked really hard on getting bigger and better on the ball. I’ve used the time well and it’s good people can see the hard work.

“It’s something I wanted to do. As you go through the levels, it gets a lot harder physically so to be able to show your technique, you need that  strength to cope with it.

“It’s nice to show that off a bit on the pitch.”

They’re very demanding parents…trying to get the best out of me. It’s great to have that support.

Beefed-up Nketiah says  his parents played a huge role in his home work-out routine during the three-month lockdown.

He added: “They made sure I was eating the right food and had the right gym equipment.

“They’re very demanding parents who are always trying to get the best out of me. It’s great to have that support.”

Nketiah’s treble in Pristina was his second in the current Euro qualifying campaign after his October hat-trick against Austria at Stadium MK.

If he manages another against the Austrians in Ried im Innkreis tomorrow, he will surpass Alan Shearer’s record haul of 13 Lion Cubs’ strikes.

This season, the striker wants to take his lethal international form into the Premier League. 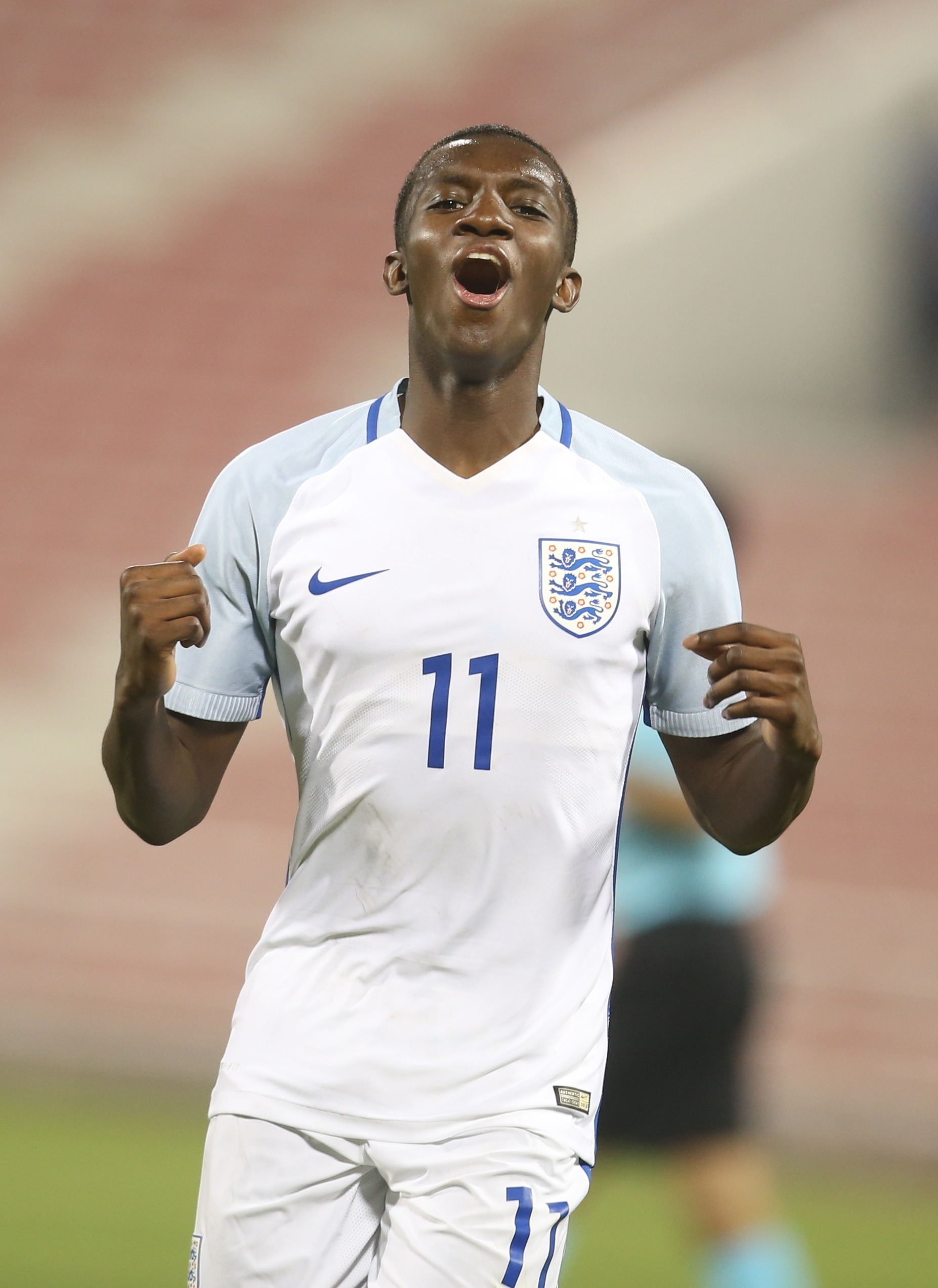 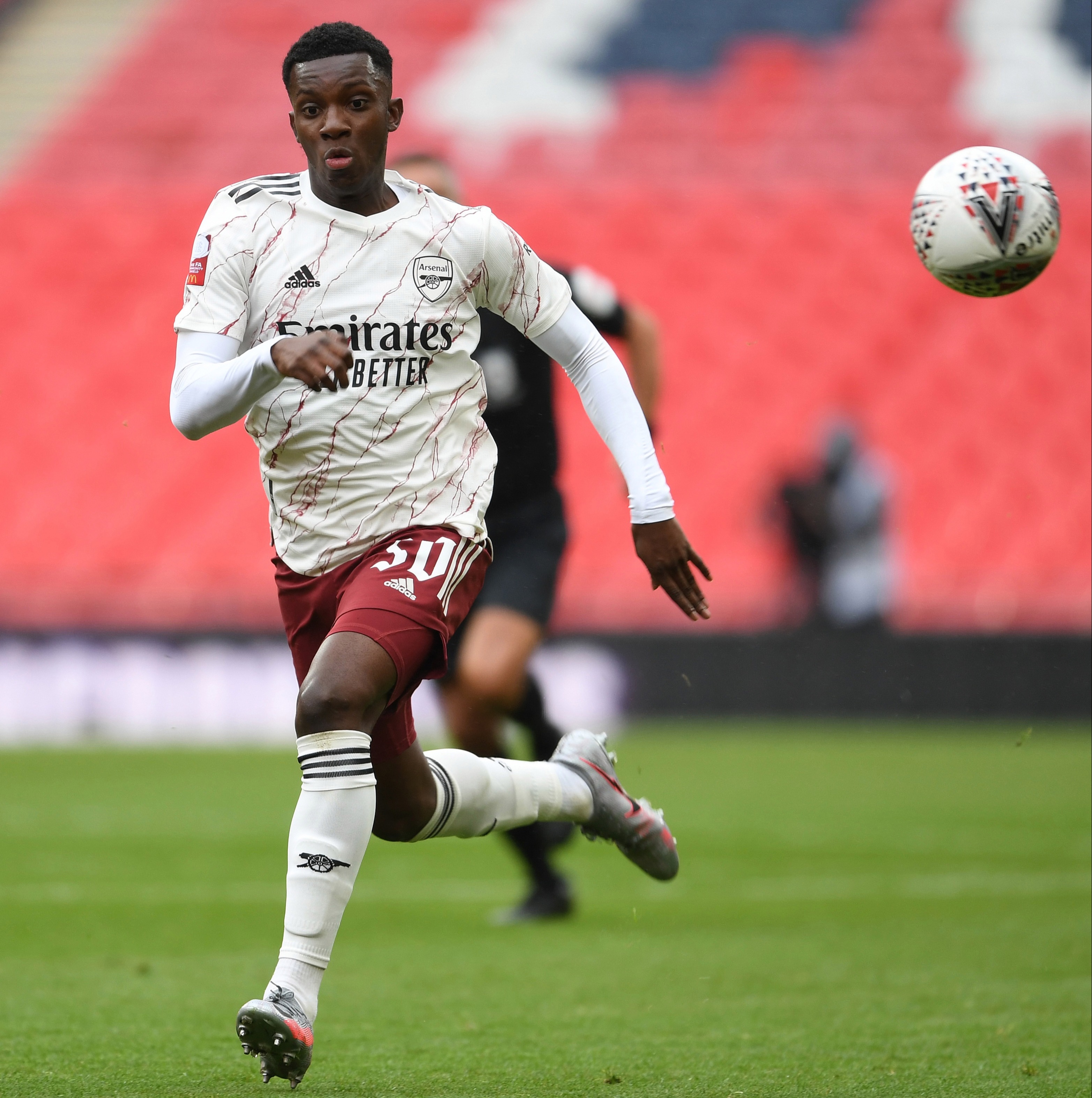 In Pierre-Emerick Aubameyang, he has a club team-mate who can teach him the art of scoring. Nketiah, who managed two Prem goals last term, said: “Pierre has a great range of finishing and excellent movement in and around the box.

“I’m always looking to see what I can add from his game into mine. He’s a very approachable guy.

“I’ve had a good campaign for the 21s. Whenever I get an opportunity I take it as if it’s my last.

“For my club this  season I can get a lot more goals and assists. I have a lot more to give.”

That was after a difficult loan spell at Leeds in the first half of last season, where he was largely restricted to sub appearances by Marcelo Bielsa.

Yet his 17 league games for the Whites meant he still won a medal for Leeds’ Championship title, taking his trophy haul to three this summer.

He added: “I’ve added three titles to my cabinet, which is a great feeling.
“It gives me the hunger and drive to want more.”