The German centre-back, 26, will be left exposed at full-back as he was against Tottenham for tonight's Europa League game with Rennes. 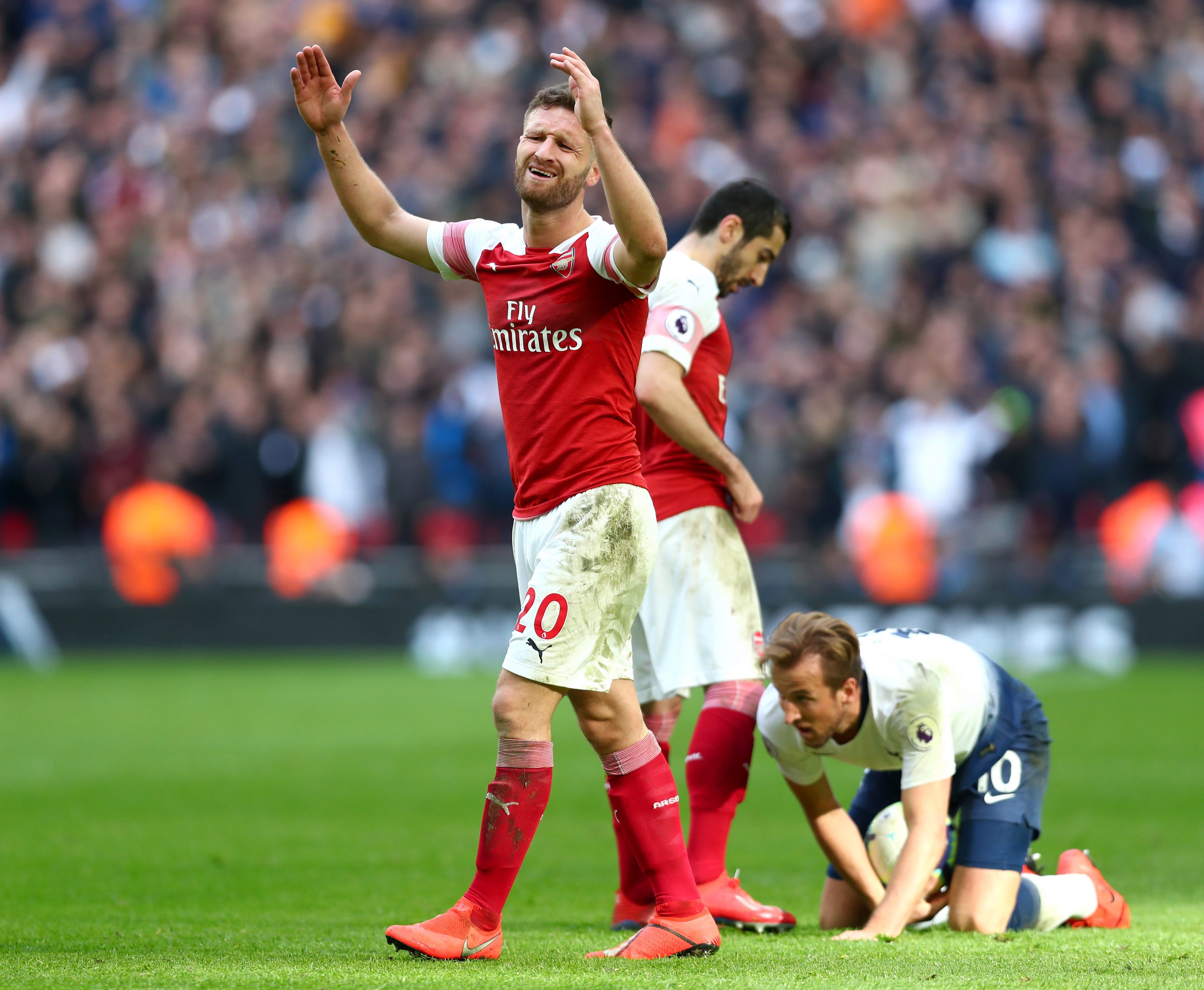 Mustafi was deployed out wide for last weekend's North London derby draw with Spurs and was largely ineffective.

And angry Gooners blamed "walking f***ing disaster" Mustafi after it was revealed Arsenal concede nearly twice as many penalties as their top-six rivals.

However, Unai Emery has given him another go on the right, with Laurent Koscielny and Sokratis Papastathopoulos in the middle.

With VAR controversy at its peak after Manchester United's controversial penalty last night, Gunners fans fear Mustafi could become even more of a liability.

Some supporters readied themselves for the incoming penalties against them, while others suggested Ainsley Maitland-Niles or a half-injured Carl Jenkinson would be better alternatives.