ARSENAL star Rob Holding could reportedly be out for up to a month through injury.

The defender was due to start for the Gunners at Manchester City on Saturday but hurt his hamstring during the warm-up. 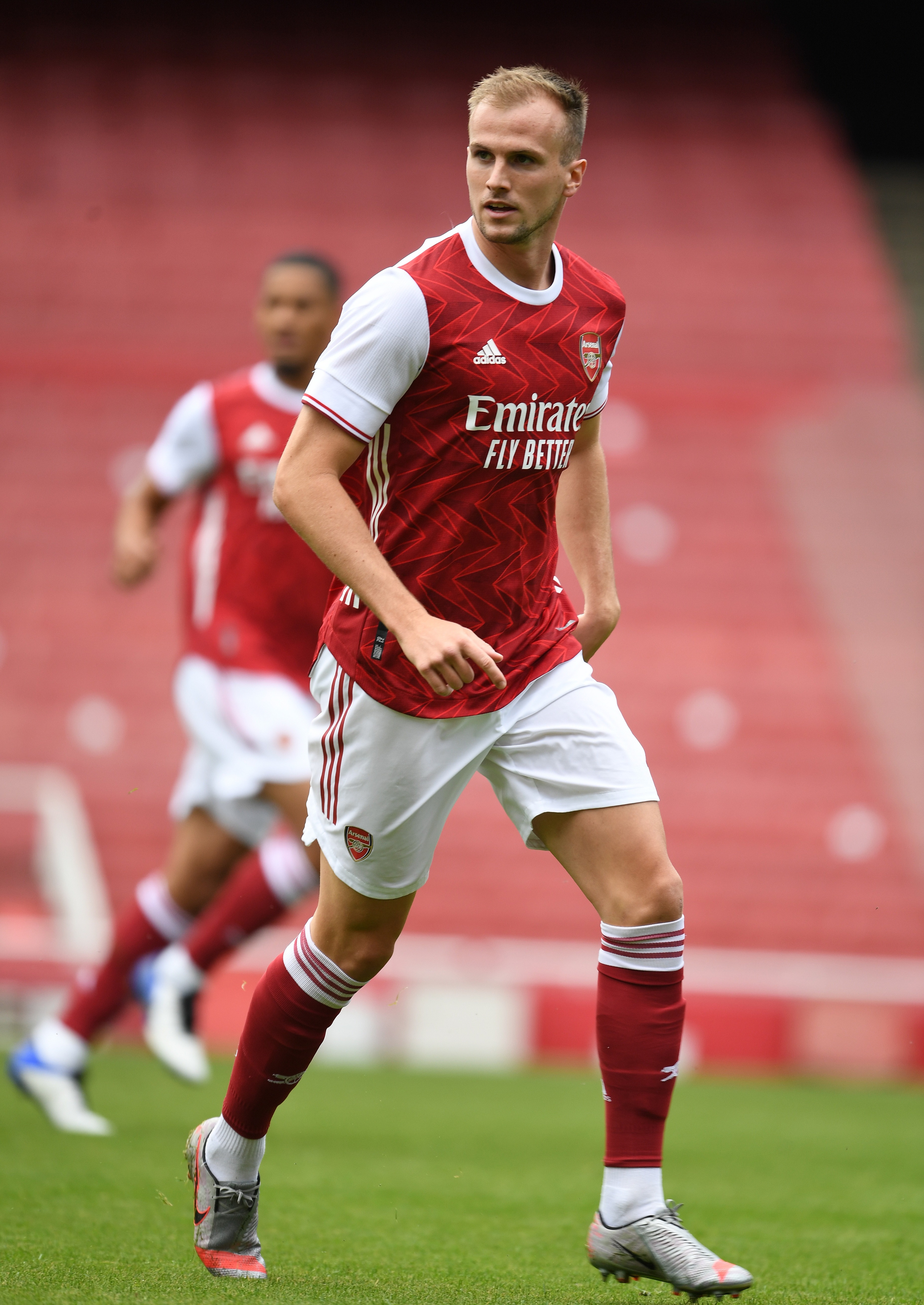 Holding, 25, was forced out of the clash as David Luiz replaced him in the line-up for the 1-0 defeat at the Etihad.

The former Bolton Wanderers star underwent a scan yesterday to determine the extent of the damage.

Now boss Mikel Arteta fears he could be without the centre-back for Arsenal’s next six matches, according to the Daily Mail.

Thursday’s trip to Rapid Vienna in the Europa League will be the first clash he missed.

And he looks likely to be out for the upcoming games against Dundalk and Molde in Europe.

However, Holding’s absence may be felt even more domestically, with three crunch Premier League clashes before the next international break.

The Gunners have matches with Leicester, Manchester United and unbeaten Aston Villa over the coming weeks.

Holding has been a regular under Arteta this term, starting seven of Arsenal’s eight games so far.

His absence could open the door for William Saliba to impress.

The defender was signed in 2019 but spent last season on loan at Saint-Etienne.

But despite impressing in pre-season, he has been left out of Arsenal’s European squad and he has not yet been given an opportunity by Arteta.