Argentina vs Mexico LIVE: Lionel Messi and his team face a HUGE game in Qatar, where defeat would send them crashing out of the World Cup after shock Saudi Arabia defeat

Araujo passes a ball out of bounds and his mistake is met with jeers, before de Paul runs out of room at the other end and boots a cross over the line. Both sets of fans appear to be growing anxious here.

Ochoa punches a fairly tame Messi free kick up in the air before being fouled and winning possession back for Mexico.

Vega takes out de Paul following a corner and Messi is now standing over a free kick from the right hand side, in crossing position. Or maybe shooting position, for him.

Argentina draw a pair of fouls in the middle of the park in fairly short succession. Mexico will be happy to take those as much as possible and break up the flow of the game.

Both sides are feeling each other out  a bit, but it could also be said that the end product has been lacking on both sides. This game has yet to see either side have a clear cut chance, though that’s exactly how Mexico will have dreamt it up after setting up in a back five.

A high challenge from Araujo on Acuna lands him in the book for the first card of the game. It was a poor challenge and on the stronger side of the yellow spectrum.

Lozano spins away from Rodriguez and wins a free kick from about 30 yards out.

The Argentina striker is called for a foul on Hector Herrera when it’s actually the Mexico midfielder who’s run into him. He pleads his case to the referee to no avail.

The Argentina star has been effectively contained thus far by a hardworking Mexico group. It will be interesting to see what sort of spaces he takes up to try and affect this one.

Andres Guardado wins the ball off Rodrigo de Paul with a heavy, heavy challenge. What Mexico may have lacked in invention last game you certainly expect them to make up for with effort.

Mexico whip a free kick in from the left hand side and Hector Moreno is almost able to latch on. Any contact there likely would’ve given El Tri the lead.

Both benches are angered after a foul is called on Mexico’s Alexis Vega after he caught Montiel in the face with an elbow. A tense start to this one.

Argentina have started this one on the front foot, taking up some decent positions in the Mexico half and maintaining most of the possession thus far.

Both sides have belted out their national anthems and we’re almost underway at Lusail Stadium.

Both sides are out warming up before this massive clash. That’s Mexico’s Alexis Vega and Argentina’s Exequiel Palacios, Thiago Almada and Gonzalo Montiel going through the paces. 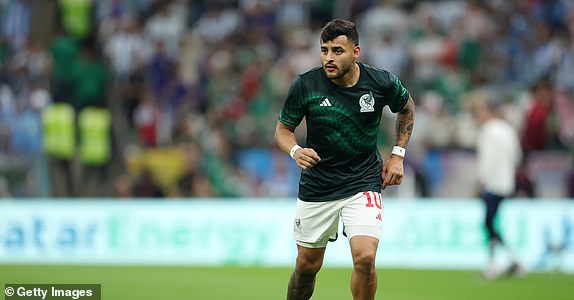 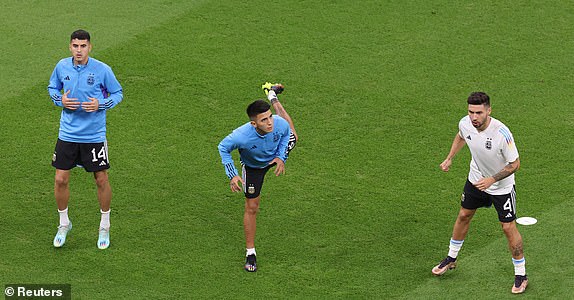 Meanwhile, Argentina have made five changes after a shock loss to Saudi Arabia earlier in the week. Alex Mac Allister, Guido Rodriguez, Marcos Acuna, Gonzalo Montfiel and Lisandro Martinez (that’s 3/4 of the backline!) enter the side. For a team that had been unbeaten in the previous 36 responses, this seems to be a somewhat panicked response from Lionel Scaloni.

El Tri have made three changes for the match, with Kevin Alvarez, Nestor Araujo and Andres Guardado coming into the side. It’s a far more defensive setup for Mexico, who probably wouldn’t mind a point with a match against Saudi Arabia looming.

Both sides have released their formations, and it’s a defensive approach for Mexico who have named a 5-3-2 with no recognized striker. Meanwhile, Argentina have gone for a back four, with United’s Martinez and Brighton’s Alexis Mac Allister entering the side.

Today's #Qatar2022 programme ends with a mouth-watering clash between Argentina and Mexico! 🤩

Both sides will want a good result here after disappointments in the opening round, so we hope that will lead to an entertaining match. 🤞#ARGMEX #FIFAWorldCup pic.twitter.com/hghJRnJYpO

Supporters are already getting to their seats with more than an hour until kickoff. The weight of this matchup is clearly not lost on them. 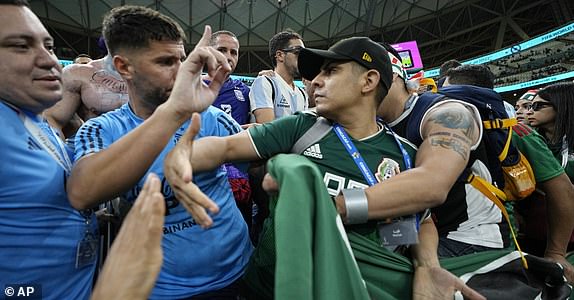 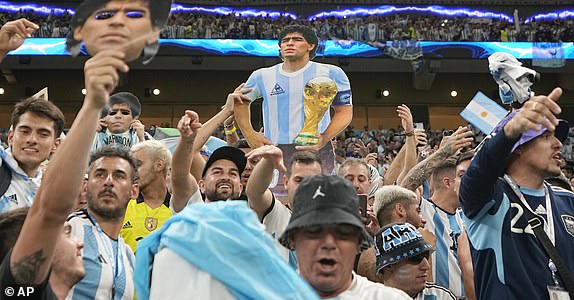 While there are some potential question marks around Argentina’s lineup, Lionel Messi is not one of them. The PSG forward and seven-time Ballon d’Or winner will look to showcase his typical brilliance to keep the Albiceleste in the tournament. 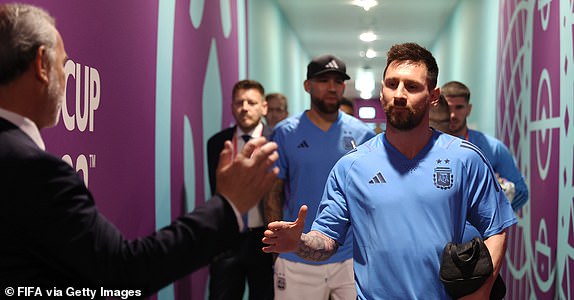 We shouldn’t be too far away from both teams releasing their lineups for the match, and could make changes after disappointing (to different degrees) opening matches.

Argentina could opt to start Manchester United’s Lisandro Martinez at center back after he appeared off the bench vs. Saudi Arabia, while Paulo Dybala was an unused substitute.

On the Mexican side, we’ll see if Raul Jimenez is deemed fit enough to start after settling for a sub appearance last time, while PSV’s Erick Gutierrez will also be hoping to make Tata Martino’s XI.

The last time these two sides saw each other at a World Cup, Argentina beat Mexico 3-1 in the Round of 16. Relive that match from the below video.

We’re still roughly two hours from kickoff but Argentina fans are already out in full force at Lusail Stadium, which is where the final will eventually be held. And tonight’s match could certainly have a knockout feel to it.

Yes, it seems the Argentina fans are just going to keep singing all the way up through kickoff pic.twitter.com/w93U6QrwAM

We’re not sure who this fan is rooting for, but maybe he’ll be happy either way with the result.

Argentina will be playing Saturday on the two-year anniversary of Diego Maradona’s with manager Lionel Scaloni saying, ‘He’ll be looking down on us!’ For more on the squad’s mood heading into the Mexico match, read below from Sportsmail’s Pete Jenson.

The two sides have an extensive history of playing against one another, as Saturday’s matchup will be the 36th meeting between the sides. Historically, it’s been pretty even, as Argentina have won 16 of the contests, Mexico 14, and five draws between them.

But it’s been all Argentina in recent years. They’re unbeaten in their last 10 matches vs. El Tri and knocked them out of the 2006 and 2010 World Cups.

We’re less than three hours out from Argentina-Mexico, a tantalizing matchup on paper which has gotten even more interesting after Poland’s 2-0 win over Saudi Arabia earlier today. Argentina must now avoid defeat to stay alive in the tournament, while Mexico will also be desperate to get their first win of the tournament. Stick around for more coverage before and during this contest!