ANTHONY JOSHUA has paid tribute to Barry Hearn after retiring as chairman of Matchroom Sport.

The 72-year-old announced on Monday that he was passing the buck to his son Eddie while becoming group president in an advisory role. 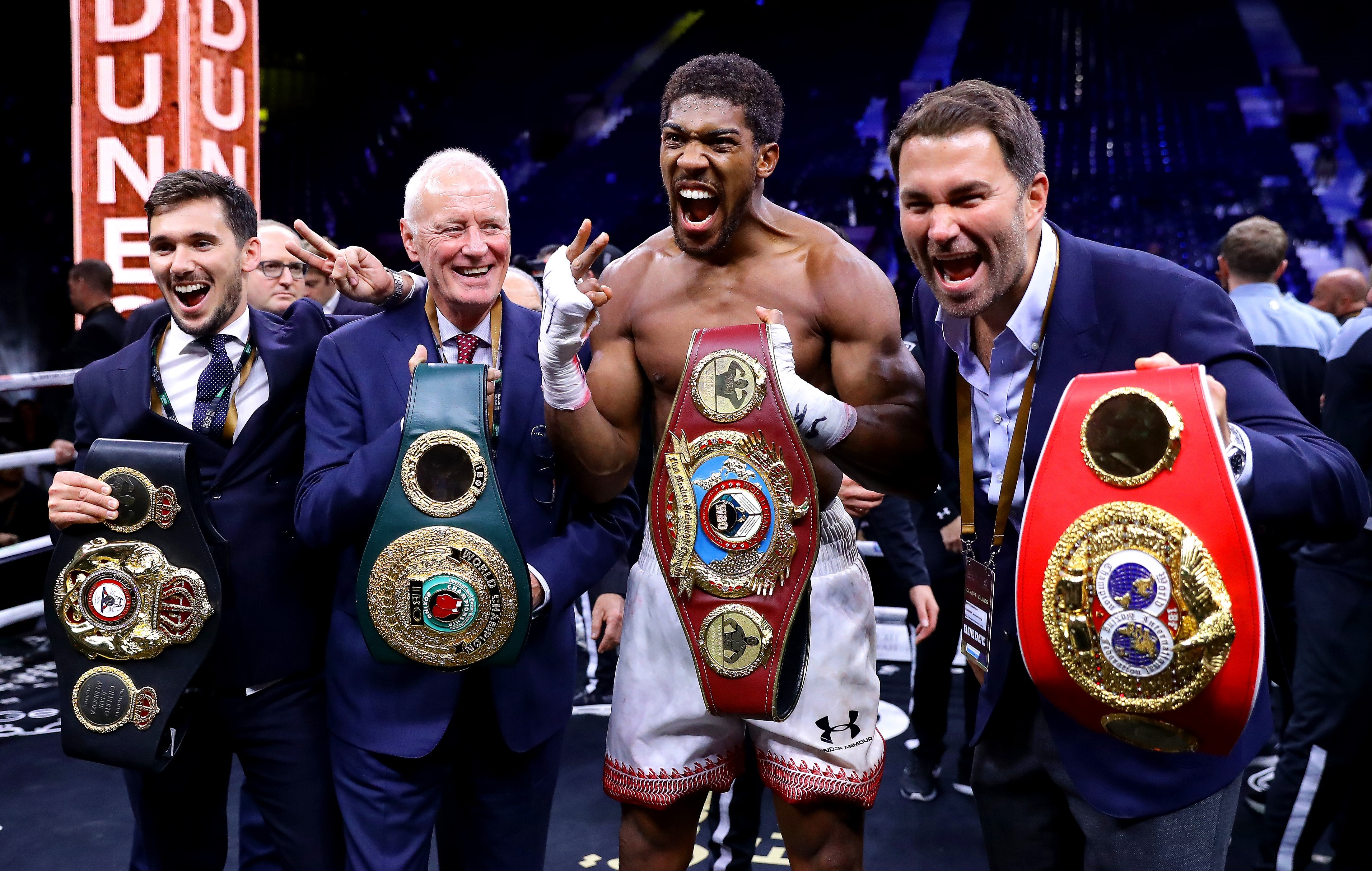 Matchroom has promoted some of sport's biggest names since it was founded in 1982, including Steve Davis, Phil Taylor, Chris Eubank and heavyweight champion Anthony Joshua.

And AJ, who has a £200million showdown with Tyson Fury in the pipeline, thanked 'hustler' Hearn for contributing to his rise to the top.

"A real good man who has opened his doors for me and my family anytime we needed some guidance!

"When one rises, we all rise."

Joshua has stayed loyal to Matchroom ever since they handed him his professional debut in 2013. 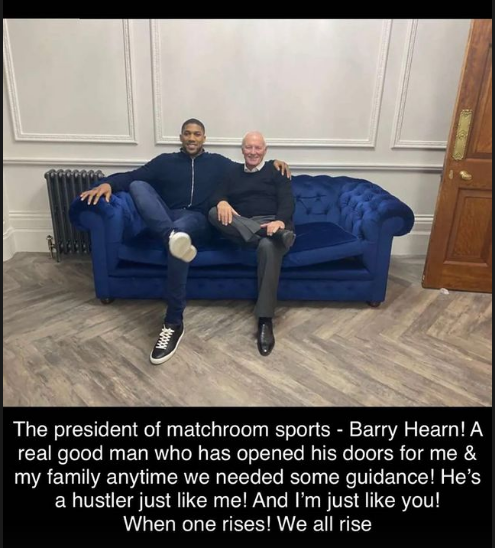 Hearn said of his retirement: "It has been a huge honour to have worked with some of the greatest sports people on the planet across the last 40 years.

“I’ve enjoyed so many wonderful experiences across our spectrum of events in that time, from snooker’s glory days of the 1980s to record-breaking boxing shows and the incredible growth of professional darts. We have created opportunities for thousands of sportsmen and women during that time.

“I’d been determined to stay in charge until this Covid disaster passed. Now there is light at the end of the tunnel, I believe it’s the right time to pass control of Matchroom to my son Eddie and the brilliant teams we’ve assembled across all our activities."

Son Eddie further reassured boxing fans that Joshua vs Fury is '100 per cent happening' this summer.

Contracts are reportedly signed but a date and venue are yet to be finalised although it is likely the fight will be held in Saudi Arabia.

Eddie said: "We have exchanged some more final drafts and there will be a few more phone calls but it is as done as it can be.

“It is non-stop at the moment but it is happening, it is 100 per cent happening.”