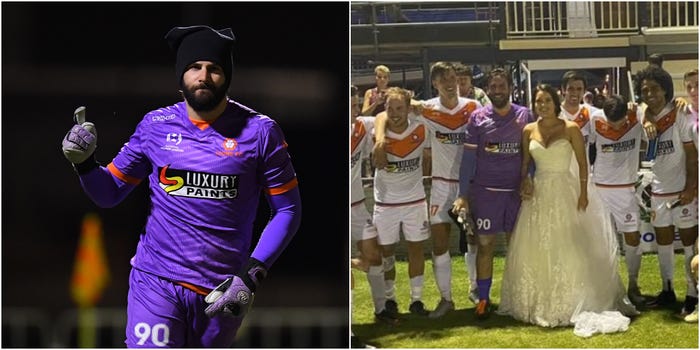 After getting married, most people are focused on celebrating or going on honeymoon, not playing soccer.

On Saturday Borean donned the gloves for his side's crucial National Premier League (NPL) semi-final just hours after tying the knot, driving straight from the wedding to the game.

Borean and his wife, Ellen Hepburn, left their wedding reception and drove to the AJ Kelly Park in the Brisbane suburbs in a Ferrari. Borean then played a crucial role in a 4-1 win over the Peninsula Power, while Hepburn watched from the sidelines in her wedding dress.