ALUN WYN JONES has sensationally told the Lions that he CAN make a miracle return from injury and feature in their Test series against South Africa.

The bombshell news comes days after Warren Gatland made the heartbreaking decision to leave his tour captain at home. 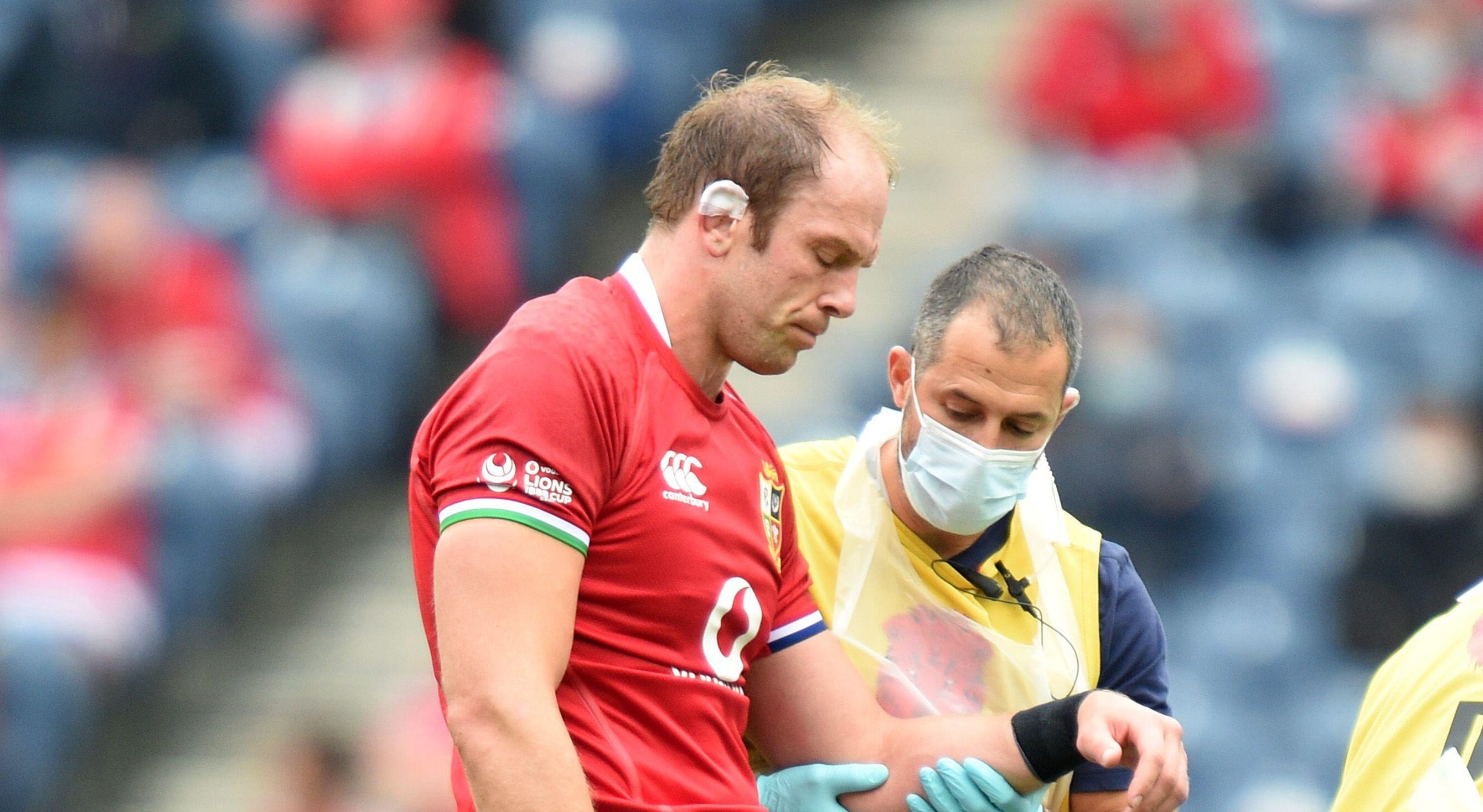 Jones was completely ruled-out of playing with a dislocated shoulder after the win against Japan six days ago.

But SunSport can reveal that the 35-year-old talisman COULD still feature in his fourth series after doctors in the UK inspected the second-row's shoulder.

Gatland said: “Given his age, they think that they could potentially take a few shortcuts, more than you would do with a young player, if he picked up this type of injury at the start of his career.

“So he's kind of optimistic that a miracle may happen, and then he can get himself right.

"We're just going to assess it and see how the next couple of weeks goes in terms of that.

“I think the specialist said, when he had to look at it, that it wasn't quite as bad as he thought it would be.

“But not good enough, obviously, to come on tour to start with.

"And we needed a replacement, otherwise we would have put too much pressure on him and the other second rows.

"We're going to monitor that and as we come towards the end of the tour.

"Or if we pick up an injury and he's making amazing progress, something can happen – you never know.

"So it's kind of one of those just wait and see situations.”

Jones is rugby's most-capped player with 157 international appearances to his name and was replaced by Wales teammate Adam Beard.

So to include him in a match day squad against the world champion Springboks would be a huge advantage as the Lions chase their first series win here since 1997.

Gatland added: "There have been some conversations that have gone on in the last few days.

"They have been saying: 'Okay you go away and do your rehab and in the next couple of weeks we will see what sort of progress you've made.'

“There would be no way that we would even consider even bringing him out unless he was back into full contact and those sorts of things.

"We just have got to look at it, it may be that we pick up injuries in that position as well

"So there's lots of things that could happen and could change. We're just keeping an open mind on that situation.”