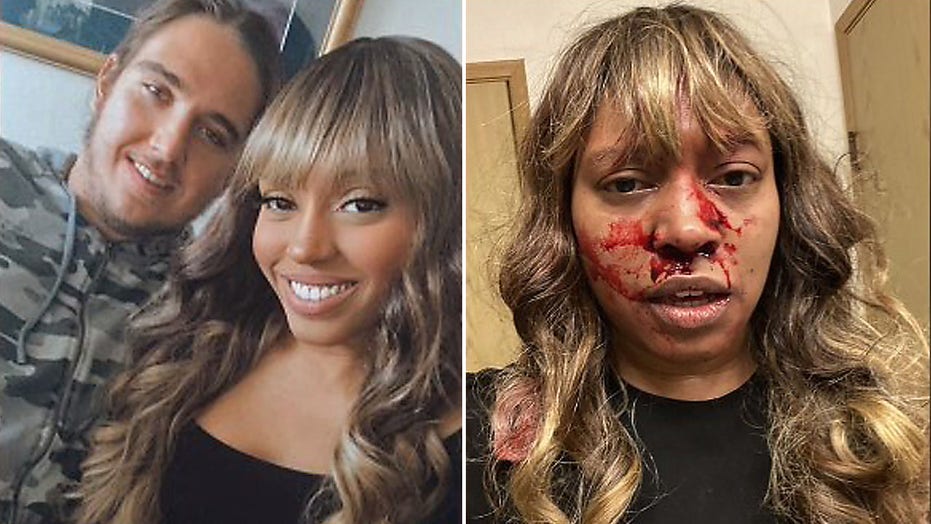 Alleah Taylor, the ex-girlfriend of NFL offensive lineman Chad Wheeler, said this week that she thought she was going to die during the alleged domestic abuse incident in January.

Taylor offered more details into how Wheeler, a former Seattle Seahawks and New York Giants player, was acting on the night he is accused of attacking her and leaving her bloodied with a concussion and broken arm.

“In my mind thinking, he’s very emotional. He just had a very hard trip in LA. He just needs to cry it out … get it out of his system. We’ll be on vacay the next morning, the next day. It’ll be OK and it’s a safe space at my house so I just figured that was it,” Taylor told “Daily Blast Live” on Tuesday.

“The moment he wrapped his fingers around my throat that’s when I thought ‘OK, I’m gonna die.’ I didn’t think I was going to make it as soon as he started strangling me,” she said.

Taylor said she felt heartbroken during Wheeler’s skirmish with police when he purportedly asked the responding officers how they were doing and didn’t check on her.

She added that she believes he needs to go to prison to fully realize the consequences of his actions.

“He almost took my life and he knows how important I am to so many people in such a brutal way. And then he expected to go on vacay still, which was odd, being in court [and] hearing that he still wanted to go to Hawaii after. I just don’t think that he fully understands the consequences,” she said.

“This isn’t the first run-in he’s had with the cops in a violent manner,” she added. “I just feel like he needs to understand the consequences of what he did… I just don’t think that him not going [to prison] would be beneficial to him or public safety at all.”

Wheeler was charged with first-degree domestic violence, domestic violence unlawful imprisonment and resisting arrest after the alleged incident with Taylor. He has pleaded not guilty to those charges.