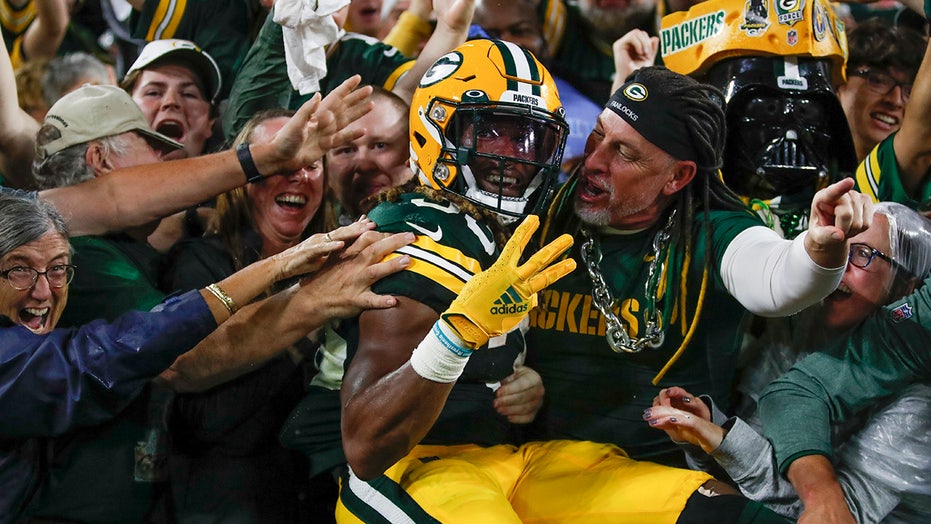 Green Bay Packers running back Aaron Jones lost a special chain containing his father’s ashes in the endzone while scoring one of his four touchdowns against the Detroit Lions, but on Tuesday, he revealed that the necklace was retrieved by one of the team’s trainers.

Jones tweeted out a photo of the football-shaped pendant on Tuesday afternoon and thanked trainer Bryan “Flea” Engel, who he says stayed out on the field until 1:45 a.m. searching for it.

Jones first broke the news on “The Steve Czaban Show” Tuesday morning, adding that it was a touching effort by Engel.

“It shows how much they care about us,” the running back said.

Jones was playing in his first home game at Lambeau Field since the death of his father, Alvin Jones Sr., who died of complications from coronavirus in April. He was 57.

After completing six catches for 48 yards and three touchdowns and 67 rushing yards for another score, Jones said he believes his dad would be “happy” that he lost the sentimental piece in the end zone.