In early May the ascendant tennis star Naomi Osaka declared on Twitter, “I’m done being shy.” Weeks later, after speaking out against police brutality following the killing of George Floyd, she addressed critics on social media who were suggesting in no uncertain terms that she stick to sports.

“This is a human rights issue,” she wrote. “What gives you more right to speak than me?

By late summer, Osaka’s sport had followed her lead in joining the brief shutdown of scheduled competition that was triggered by the Milwaukee Bucks of the N.B.A.

Born in Japan to a Haitian father and a Japanese mother (though living in the United States since she was 3), Osaka’s subsequent match-by-match mask tributes to seven Black victims of violence became her de facto battle cry while winning the United States Open.

Her strategic transformation, reticence to resistance, symbolized the year in sports, when the industry’s time-honored promotional appeal — escapism from harsh reality — was swept away by the tide of protest wrapped inside a once-in-a-century pandemic.

“The remarkable thing about Osaka’s activism during the Open is not just that she acted entirely alone, but that she acted at all,” the tennis analyst Mary Carillo wrote in an email. “She had long been halting and awkward in the face of fame.”

Martina Navratilova, known to speak her truth regardless of consequences, said in a telephone interview that Osaka had commendably chosen reward over risk, had heeded the words of the late John Lewis and “made good trouble. And when the tournament takes a day off to back you up, that should tell you you’re on the right side of history.”

Whatever one’s side in a deeply polarized country, how could the horrors of the pandemic be temporarily forgotten when center-field cameras revealed a backdrop of unblinking cardboard faces behind home plate? When Zoom was the turnstile for spectators into the bubble restart of the N.B.A. season? When the Open's New York crowd consisted of an assortment of coaches, parents and fellow competitors picking at their sushi plates in a luxury suite?

Depressing headlines matched deflating visuals. On Jan. 1, an executive titan was lost in the former N.B.A. commissioner, David Stern, followed soon after by the staggering death of Kobe Bryant, along with his young daughter and seven others in a helicopter crash. A roll call of passing legends from all walks of sport — Bob Gibson to Maradona — was a grim reminder that even within the industry’s hyperbolic mythology, there are no real immortals. 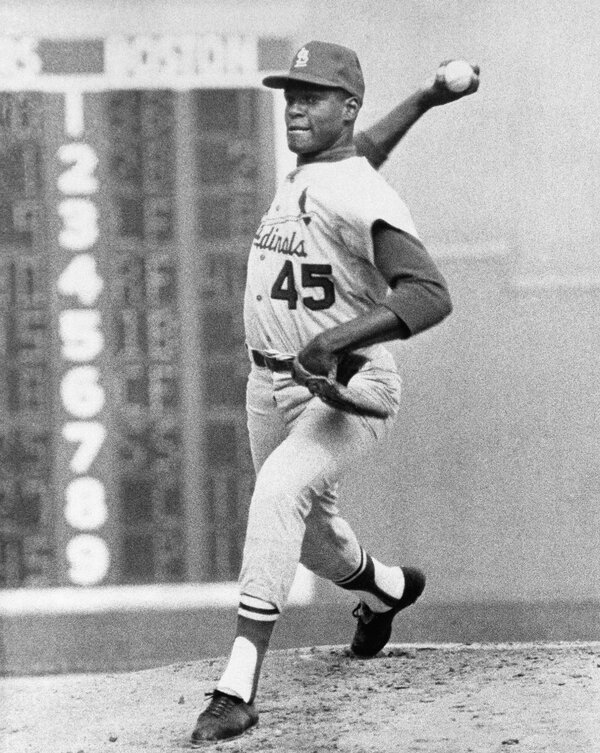 In 2020, there were only the riddles of whether and how to play on amid pandemic and societal pain. The still-evolving solution? When possible, with humanitarian purpose.

Osaka, 23, this year became the world’s highest-earning female athlete, and her Twitter feed’s mix of commercial self-branding and activism served as a snapshot of sports at large — the uneasy coexistence of social justice and self-interest.

But if bottom-line decisions by professional and especially big-time college sports to go on with the games were judged, justifiably, as gratuitous, or worse, weren’t they also reflections of a country that was unable to agree on the merits of merely masking up for the sake of thy neighbor?

“If anything, the year has reinforced the realization that sports is a mirror,” said Len Elmore, the former pro basketball player and television analyst. Acknowledging the risks incurred by those who soldiered on during a pandemic to ensure getting paid, he also saluted the onstage awakenings of the young and leveraged. He hoped they would continue to push back against the ruthlessly punitive legacy of Colin Kaepernick, increasingly stare down the very real risk of owner and consumer backlash, and ignore those in the media who chide them to shut up and dribble.

I have known Elmore since the 1983-84 N.B.A. season, as he concluded a 10-year pro career with the New York Knicks, on his way to Harvard Law School, the Brooklyn district attorney’s office and multiple leadership positions. Now a senior lecturer in sports management at Columbia University’s School of Professional Studies, he taught a timely fall course titled “Athlete Activism and Social Justice in Sports.”

Asked how his students had reacted as the industry’s maintenance of financial security collided head-on with a pandemic and streets further inflamed by racial and social unrest, Elmore said: “If anything, when it came to the athletes’ activism, they’ve been thinking, ‘Are they doing enough?’”

He agreed with his students, contending that protesting athletes, especially N.B.A. players, might have pushed harder last summer, stayed out longer, with the caveat that groupthink protest must not bully nonbelievers. Notable in the N.B.A.’s bubble in Orlando, Fla., was the decision by San Antonio Spurs Coach Gregg Popovich to not kneel with players for the national anthem. My guess is that Popovich — a known critic of anti-athlete dogma — knew that he, more than most, had the credibility to make that point.

The debate on athletes and activism — with Michael Jordan’s playing career avoidance at one extreme and Kaepernick’s apparent N.F.L. career forfeiture the most contemporary example at the other — will undoubtedly rage on. But as the journalist Howard Bryant told Elmore’s students during a recent remote visit, the Black athlete might be the most leveraged employee in America, given the enormous financial stakes of the N.F.L. and the N.B.A.

Empowerment is one thing. The willingness to make full use of it is another. Not everyone can or should be expected to be Kyrie Irving, the Brooklyn Nets’ star, who lobbied against any sort of N.B.A. restart as protests roiled the country. Or especially Maya Moore, who left the W.N.B.A. in her prime to successfully advocate for the overturn of the conviction and yearslong jailing of a man she wound up marrying this year.

To that end of unique leadership and sacrifice, no sports league took a more impactful and potentially risky stand than the W.N.B.A., said Richard Lapchick, a longtime activist and industry watchdog. He cited the case of the W.N.B.A.’s Atlanta Dream, whose players campaigned against the Georgia Republican Kelly Loeffler, their part-owner, after Loeffler castigated the Black Lives Matter movement while running to hold onto her Senate seat.

In a year of Stacey Abrams’s voter drive in Georgia to help Kamala Harris become the first woman (of color) to become vice president-elect, the largely Black roster of the Dream and W.N.B.A. players at large, behind the clever slogan of “Don’t Say Her Name,” may well have contributed to the decline of Loeffler’s poll numbers, forcing a January runoff against the Rev. Dr. Raphael Warnock, a Democrat who is Black.

“One of the great things we are seeing is a lot more of deserved attention focused on women athletes who are standing up,” Lapchick said. That’s a movement in its own right, he added, one that is helping to drive exponential demand for the diversity training done by the Institute for Sport and Social Justice at the University of Central Florida, a group he founded in 1985.

“From what we’ve seen after George Floyd, I don’t think athletes are ever turning back,” Lapchick said.

Not Osaka, it would appear.

“I bet doing what she did made her feel good about herself,” Navratilova said. “And if it’s good for the soul, it’s good for your game.”

Osaka won the trophy. She spoke for tennis. The bottom line: a win-win proposition, in a year of incalculable loss.