Read all this plus more transfer gossip and the latest news from Stamford Bridge. 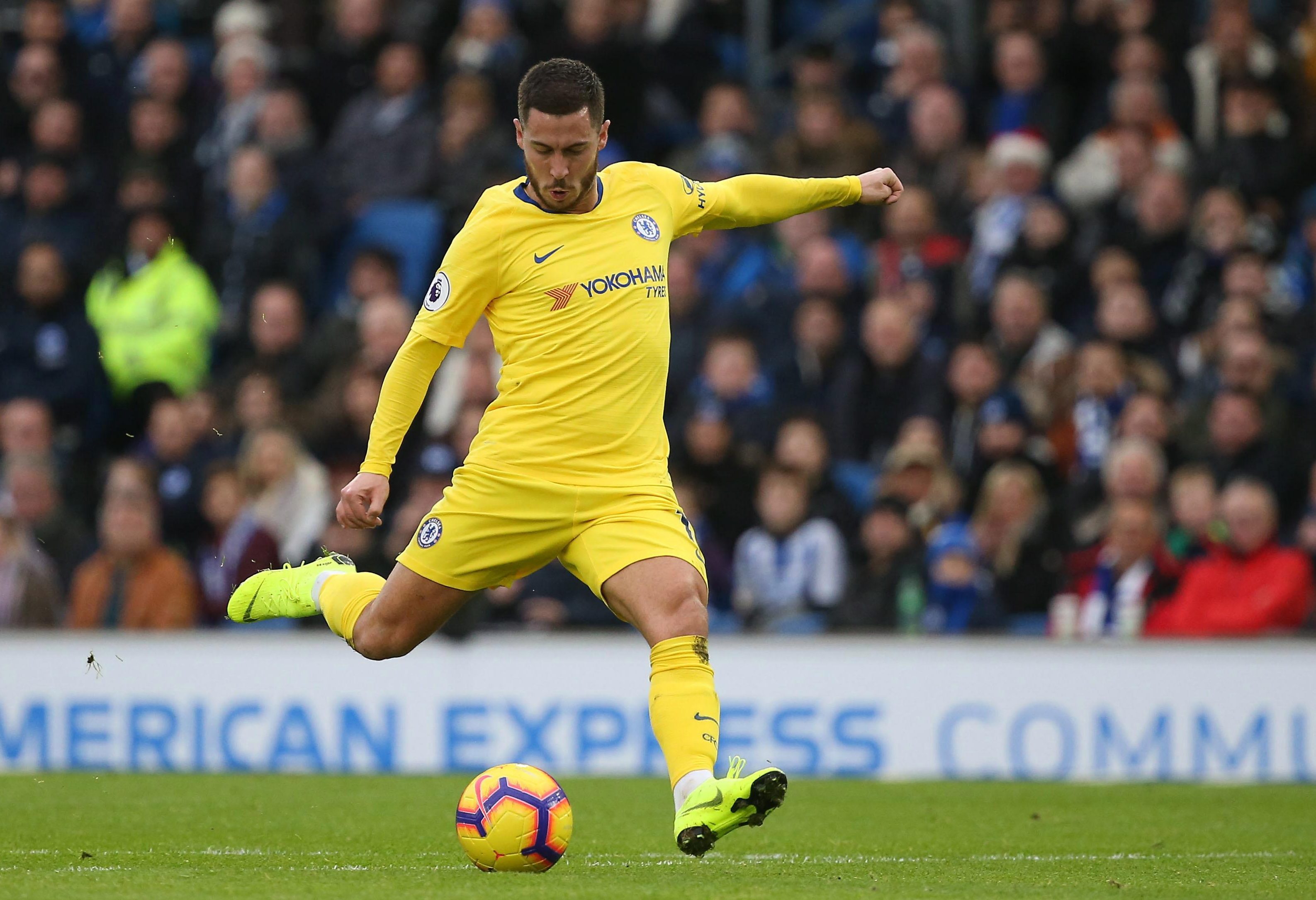 MAURIZIO SARRI believes Eden Hazard still has to improve in his false nine position despite his man of the match performance in the win over Brighton.

The Belgian was the star of the show as he assisted the first before ending his 12-game goal drought to double Chelsea’s lead before half-time.

VERDICT ON VICTORY AT BRIGHTON

MAURIZIO SARRI should not be deterred from having a new striker right at the top of his Christmas wishlist.

The false nine is working for now but it is just a temporary solution to a growing problem for the manager. Read our full verdict here.

EDEN HAZARD ended his goal drought to Chelsea kept up their perfect record against Brighton.

The Belgian superstar dazzled in the first half, setting up Pedro’s early opener before clinically doubling the lead on 33 minutes. Read our full report here.

CHELSEA fans have been involved in another racism storm after being photographed in Budapest with a flag bearing Nazi insignia.

The flag in question bared the logo of hooligan group the Chelsea Headhunters on one side and the SS's death's head symbol on the other.

CHRISTIAN PULISIC is said to have agreed to move to Chelsea in the January transfer window.

But a fee has yet to be agreed with Dortmund and there are concerns that youngster Callum Hudson-Odoi will then leave the Blues for just £2m.

STRICT Premier League quota rules could force Chelsea to prioritise British players on the transfer market, according to reports.

And with the futures of six homegrown Blues players in doubt, there are fears the Blues will struggle to comply with the regulations next season.

The Blues have struggled with the likes of Alvaro Morata and Olivier Giroud up front – but the England international has eight goals this season, more than the pair combined.

PREM IS MY WON FOR THE ROUD

The Chelsea striker told The Guardian he wants to join some of his Chelsea team-mates by scooping the Prem crown.