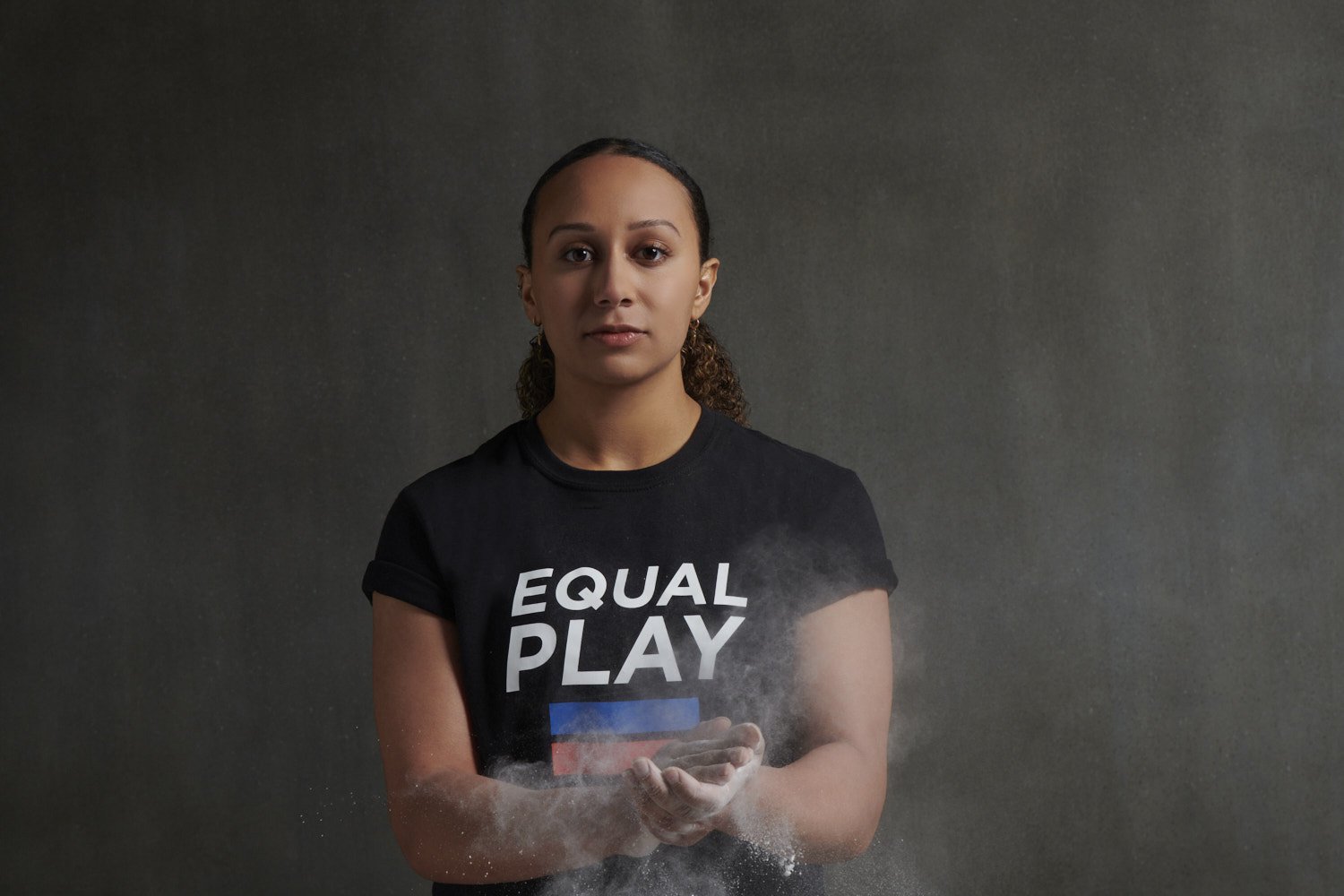 If the thought of training for the Olympic weightlifting team seems like a huge weight on your shoulders, spare a thought for Zoe Smith.

The Londoner, 27, who was one of the rising stars of the London 2012 Olympics, faced not only a dislocated shoulder that stopped her appearing at Rio 2016, but saw all funding cut to the sport.

Now, she is working as a barista to fund her journey to Tokyo, all while studying at university.

Sports Direct is currently working with Zoe and a number of other world-class sportswomen for the Equal Play campaign.

It’s a long-term initiative to accelerate equality in sports and help close the gender gap, to make sport a fairer place for women.

As well as full sponsorship, Sports Direct is also turning her home garage into a fully functioning gym, making it easier for Zoe to train while she juggles her studies.

How did you get into weightlifting?

‘I was quite young when I started, aged 12. I was doing gymnastics and my new club had a weightlifting gym in the same centre.

‘The team was looking for girls to join, so they could take part in a competition that had a minimum requirement of two boys and one girl. I put my hand up and haven’t looked back since.’

So that one decision changed your life?

‘I would go as far as to say it completely changed the course of my life.

‘I went from “having a go” to becoming an international athlete in a relatively short space of time.

‘The journey hasn’t always been smooth sailing, but it’s given me so many opportunities, both in and out of the sport itself. Now as an – almost – veteran of the sport, I want to use my experiences to help champion other women and try to be a role model for the next generation.’

When your funding was cut, how did you survive?

‘Funding is what gives you freedom to train.

‘When funding got cut in 2016, I had to self-fund my entry into international competitions, which was generously donated through crowdfunding.

‘I’m really excited to be working with Sports Direct – the partnership is giving me a platform to speak about the things I’m passionate about when it comes to sport and the changes I want to see in the industry. The brand is sponsoring me to help take the fundraising pressure off.

‘The team is also kitting out my garage to turn it into a gym, giving me an equal chance to train for the upcoming European Championships as well as the Olympics.’

Tell us about learning to be a barista to fund training

‘Much like weightlifting, it’s not easy. It’s all about practice and technique, but after a while, muscle memory starts to kick in and it becomes a lot more routine.

‘Being a barista involves much longer hours and earlier mornings though!’

What was harder, self-funding or training for the Olympics?

‘It’s really hard to compare the two – they both take a lot of hard work. Trying to balance work and training took more organisation and willpower than I ever thought I possessed.

‘Training for the Olympics has been no cakewalk either, though. I’ve dropped a weight category so have been training while also being on a very strict diet, and gyms were closed over lockdown, of course.

‘Over the winter I was training alone in my garage, which had no heating or light – it’s not really what you picture when you think about training for the Olympics.’

It sounds a bit Rocky Balboa!

‘I’ve had to overcome a fair few obstacles a bit like Rocky, I suppose. Fortunately for me though, I get hit in the face a fair bit less.’

‘Training itself is fairly unremarkable but I’ve developed quirks around competing. Pre-comp, I always have to listen to All The Small Things by Blink 182. It was something I did before my first competition aged 12 and has become a ritual over the years.

‘When I’m on the platform, I have to stamp both feet before I lift, but this is usually because I’m so nervous I’m struggling to feel my legs.

‘I also like to have three drinks with me — a bottle of water, a bottle of an electrolyte drink and Nocco for a bit of caffeine.’

What do you love about weightlifting?

‘While it is hard work, it can be a lot of fun, too. I love being part of such a supportive community and have made some lifelong friendships.

‘There are lots of health benefits, too – it’s good for preventing osteoporosis and it’s a great stress-reliever.’

What does being in the Olympics mean to you?

‘It means everything to me.

‘Though it was a few years ago now, a career highlight was definitely competing in London 2012. Very few athletes get to compete at an Olympics in their home country, let alone one just across the river from where they grew up.#

Having missed out in 2016, is it unfinished business?

‘Definitely. Our qualification for the Tokyo Olympics started in 2018 so it’s been almost three years of graft to try and get here.’

‘Lots of protein. It helps to build and repair muscle.

What advice would you give to budding weightlifters?

‘Some people are intimidated – they see heavy weights and the muscles, and think it’s something they just can’t do.

‘I’d say the best way to get into it is to show up and start small.’

What’s your motto in life?

‘Something my coach once said to me, “You don’t need luck, just the opportunity”.

‘It struck a chord with me and now I generally try to channel this mindset across everything I do.’

Do you have a story to share? We want to hear from you.

Get in touch: [email protected]