ADEN, Yemen — There were more peace talks in Sweden on Saturday aimed at ending the civil war in Yemen. Four years of fighting have killed thousands, pushed the country to the brink of famine, and brought on the world’s worst humanitarian crisis.

CBS News’ Elizabeth Palmer is the only U.S. correspondent inside Yemen. She spoke with Prime Minister Abdulmalik Maeen Saeed in Aden on Saturday.

The war in Yemen has left millions facing hunger, yet in coastal city of Aden on the red sea, with the fighting far away, there’s plenty to eat for those who can afford it. This cruel contradiction is just one thing that Yemen’s new Prime Minister Abdulmalik Maeen Saeed has to try and fix.

“We are here to serve the people, that is our position — that’s what politics means, to bring service to the people,” Saeed said.

But with huge areas of the country shattered by fighting and more than two million Yemenis displaced from their homes, many are living in squalor in refugee camps without adequate sanitation and medical services. 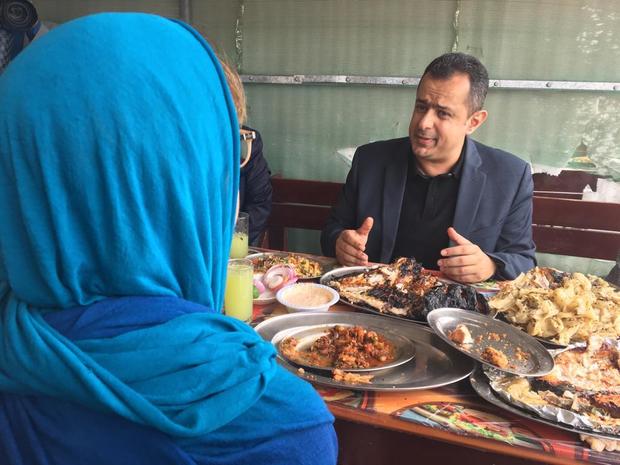 You start by paying government employees in stable areas on time, the prime minister said. The idea is to slowly return those areas slowly to some sort of normality. And in this, said the prime minister, America can help.

“You can now speak directly to the American Senators who are very leery about American involvement in Yemen. What do you want?” Palmer asked.

“Supporting the government to take over its responsibility to take its institutions back,” Saeed said.

“Do you want money from them? Direct money?” Palmer asked. 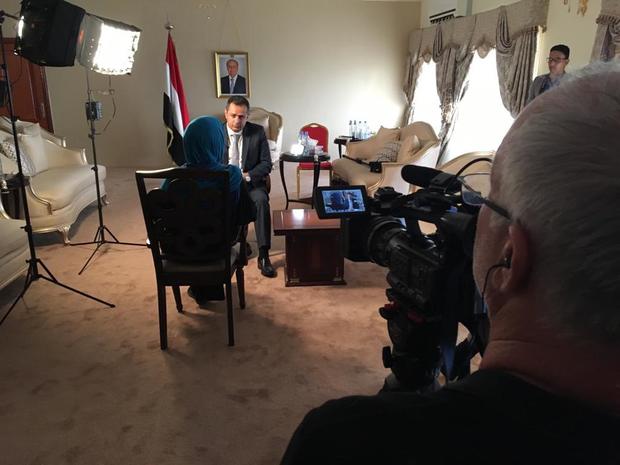 “Money is one of this because we have a budget, an economic plan,” Saeed said. “The support of the U.S. is important. The government should be in control of every position in Yemen, the institutions should be rebuilt with security and army.

It’s a noble ambition, but right now, there’s a vicious war going on, and the prime minister’s government and its allies simply don’t control vast swaths of this country. Their bitter rivals, Houthi fighters, do.

If there’s any hope for the Yemeni people, it rests with peace negotiations going on in Sweden, where the two sides — government and Houthis — are talking. At least for now.

The nation’s civil war has claimed at least 10,000 lives, and generated the world’s worst humanitarian crisis