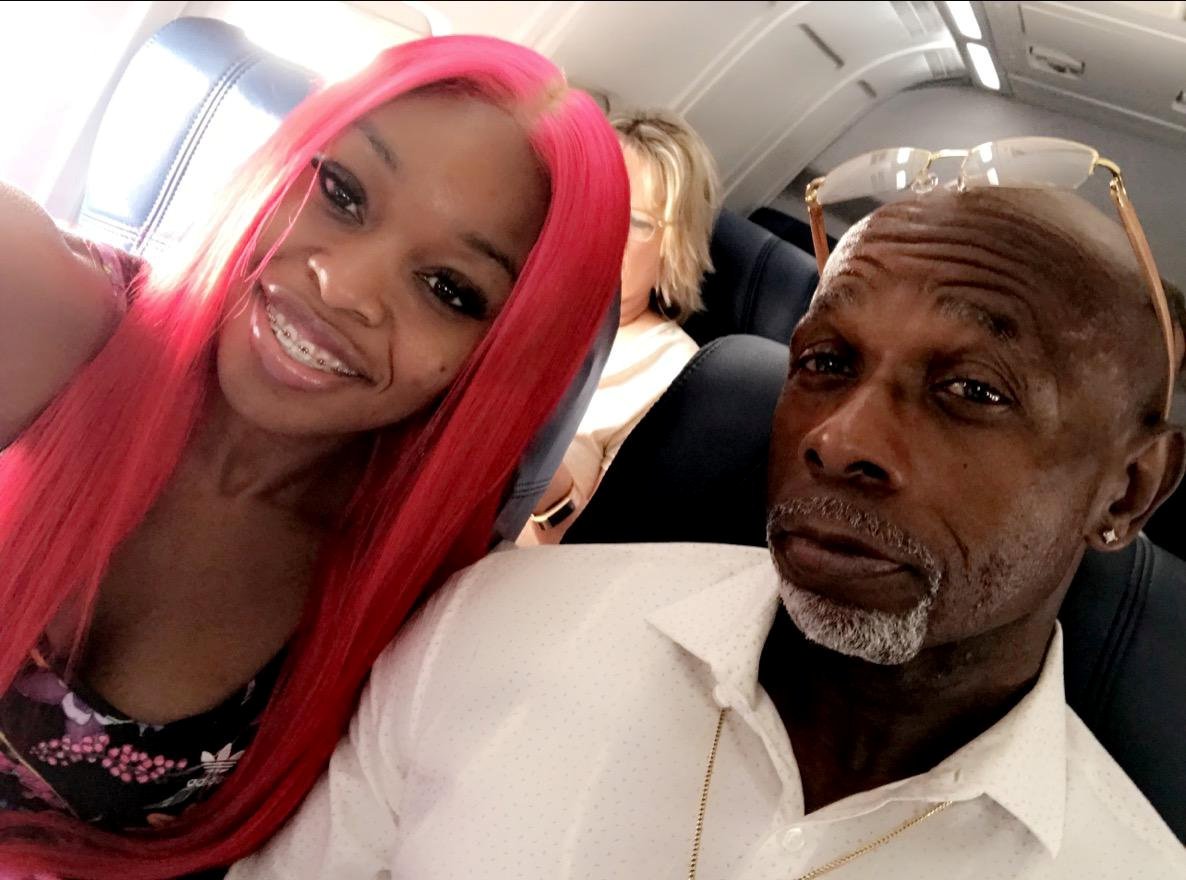 A woman who fell in love with her sugar daddy after he bought her a £340k house and a £40k car has revealed the pair are engaged, despite a 36-year age gap.

Damea Williams, 31, wasn’t expecting to fall for James Parker, 67, when he messaged her on Facebook offering to be her sugar daddy in April 2017.

The hairdresser was ‘tired of the drama’ that came with dating younger men or men her own age, and had posted on her Facebook account saying she was looking for a wealthy older man to help her out financially.

When divorcee James, then 62, got in touch, Damea was unsure at first but started to warm up to him as they spent time together.

The pair would work out together, and when Damea had her car stolen he bought her a £40k Jeep so she could still get around.

Each week, retired marine James would take Damea out on a date, or send her money if he was away. They’d also go on a weekly shopping trip where Damea was allowed to buy anything she wanted – all courtesy of James, of course.

Over time, Damea found herself falling for James and the pair started dating a few months later.

In 2018 the couple got engaged, then the following year James bought his former sugar baby a house. As their relationship progressed they moved in together, and are now planning to elope in Las Vegas to tie the knot.

Damea, from Atlanta, Georgia, US, said: ‘I wasn’t expecting to fall in love with my sugar daddy, but he made me look at life differently.

‘He messaged me saying “I meet your requirements plus more” and it intrigued me. Now he’s not just my sugar daddy but my man.’

She added: ‘I think he must be faking his age because nothing holds him back in the bedroom.

‘I can’t picture my life without him now.’

‘I liked her because I could tell she was a go-getter,’ said James, who has four older children

‘I didn’t think it would go that far and we’d just have the odd date. But we found something special.’

It all started from a social media post where Damea said she wanted someone ‘over 50 and who could help take care of [her].’

Even though James ticked all the boxes, the hair company owner was initially wary of his forthright response.

‘He was very confident, but I wasn’t sure at first,’ she said.

‘At first he just helped me out, but we started to spend more and more time together and really got on.

‘He was really there for me. He bought me a Jeep when my car got stolen.’

As well as treating her to designer clothes and meals out, James spent £340,000 on a house for Damea and even invested in her business to help her get it off the ground.

‘I realised that he was becoming more than just a sugar daddy for me. I’d fallen for him.’

After a whirlwind romance, James proposed to Damea in March 2018 in Washington, and the couple are looking to get wed this year.

Damea added: ‘James is older but more laid back and established. He adds to me.

‘There’s no drama with him and he motivates me in life. This is more than a sugar daddy, he really loves me.

‘I never expected to fall in love with my sugar daddy, but I couldn’t be happier.’