Woman with 34GG breasts becomes a TikTok star with videos showing how she can hold up garden chairs, a water bottle and even a TABLE by placing them under her bust

A woman has gone viral on social media with videos showing how she can hold a 2l bottle of water, laundry basket and even a chair under her 34GG bust.

Catrin Williams, 21, from Newport, Wales, began filming herself wedging various household items underneath her chest to amuse herself but was stunned by the results.

The undergraduate student was surprised to find even a heavy two litre bottle of water was ‘easy enough’ to hold under her 32G-34GG breasts with no hands and so progressed to a plate, weighing scales and even a bin.

The items are held between the underside of Catrin’s breast, and her chest.

Videos of Catrin ‘slotting’ items under her t-shirt including a portable table and even a ring light have gone viral on TikTok, where she has racked up more than 3 million views. 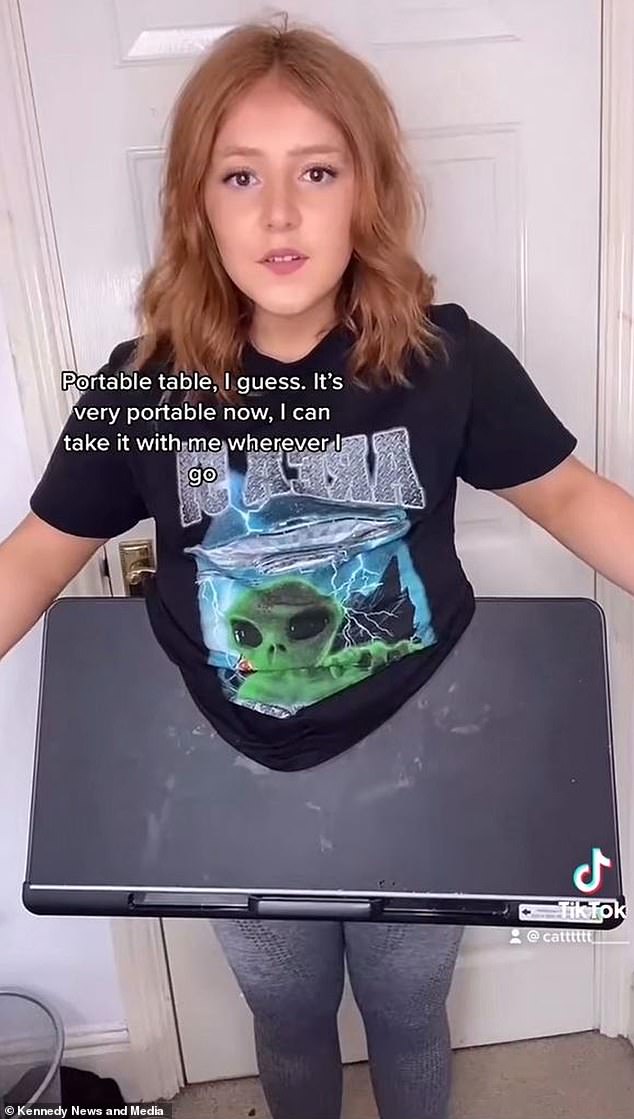 Catrin Williams, 21, from Newport, Gwent, Wales, has gone viral on TikTok with videos showing herself lifting household items with her breast. Pictured: Catrin holding a portable table with her 34GG breast 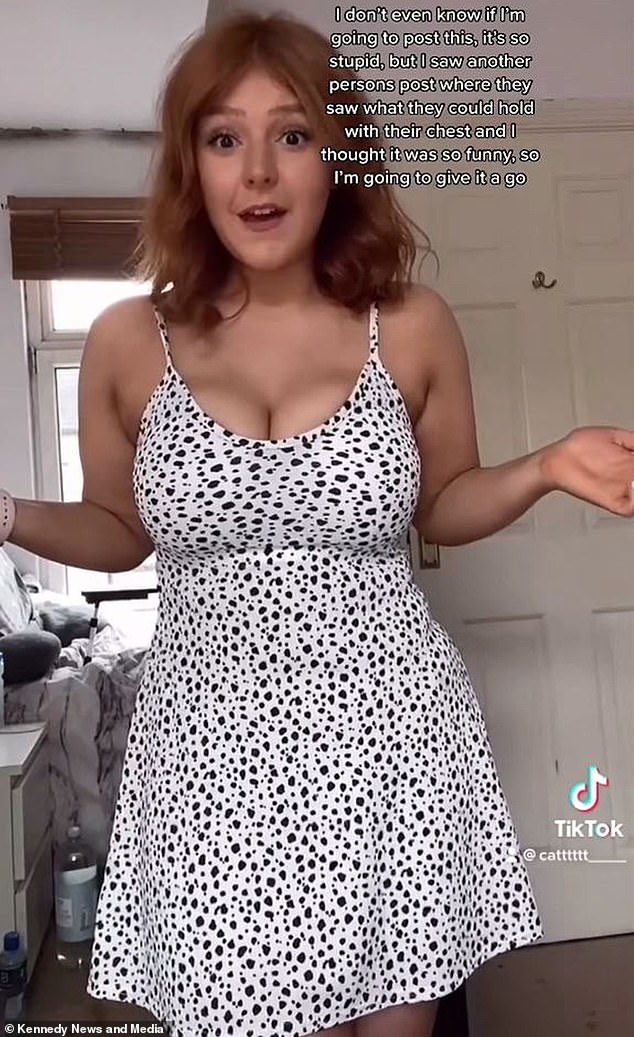 Catrin (pictured) who has racked up over 3 million views on TikTok, said she was inspired by a fellow content creator on the platform 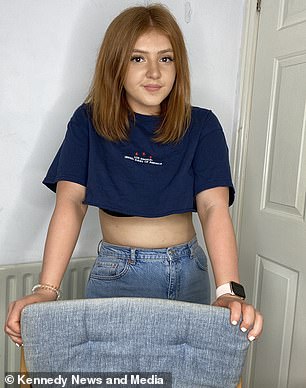 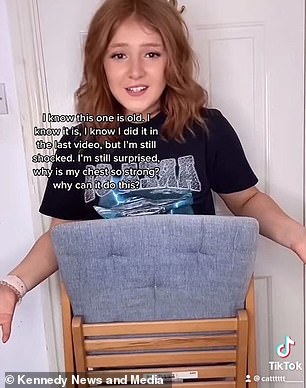 Catrin who is just 5ft 3in, started lifting heavier items after successfully holding a water bottle. Pictured: Catrin holding a chair with just her breast

She claims her 223,500 TikTok followers have been equally stunned and left ‘laughing’ at her new talent.

Catrin said: ‘I think I was just looking at something and was like “can I hold that?” I tried it and I could, and I was like “ok, how big can I go with this?”.

‘I think it was a water bottle first, and that was easy – and then it got bigger and bigger, until the chair and I was like “oh, ok”.

‘I was just shocked – the 2l bottle of lemonade shocked me because that one’s so heavy – I don’t really understand the physics, but I’m ok with it.

‘I shared them to make people laugh and because I was so shocked – I didn’t know I could do it. It’s nothing serious or heavy – it’s just funny and out of the blue random I think.’ 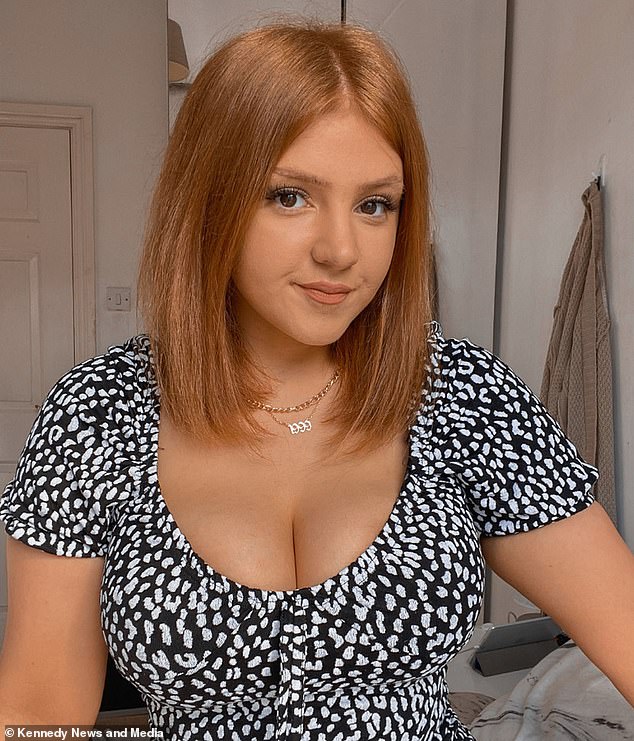 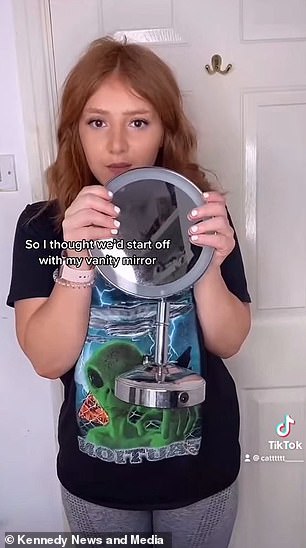 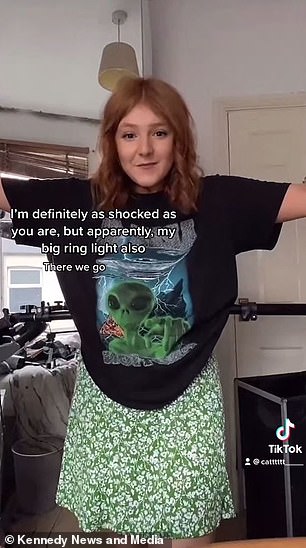 Items Catrin has held up with her bust so far…

Catrin has succeeded in holding an impressive array of items with her chest but admits that some, mainly the heavier ones like the lemonade bottle, were definitely trickier than others.

Catrin said: ‘The laundry basket was quite difficult – I actually dropped it on my foot and it’s bruised.

‘The chair stayed there for quite a while but some of the others, like the ring light, I don’t think they could stay for too long. 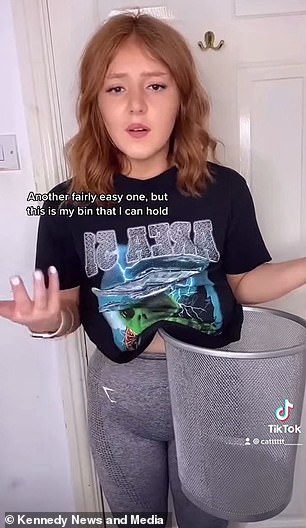 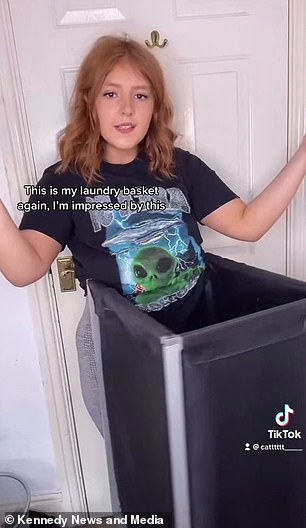 ‘The ring light was difficult because my room isn’t that long – I was competing against the room and also it was top heavy on one side.

‘But the other ones were easy – the water bottle and bottle of gin was easy enough.

‘I was most surprised that I could hold the ring light, lemonade and the chair – those are the ones that shocked me the most.’

Catrin became curious at what she was capable of holding with her chest after spotting a fellow TikTok user testing the idea and now plans to try lifting even more items. 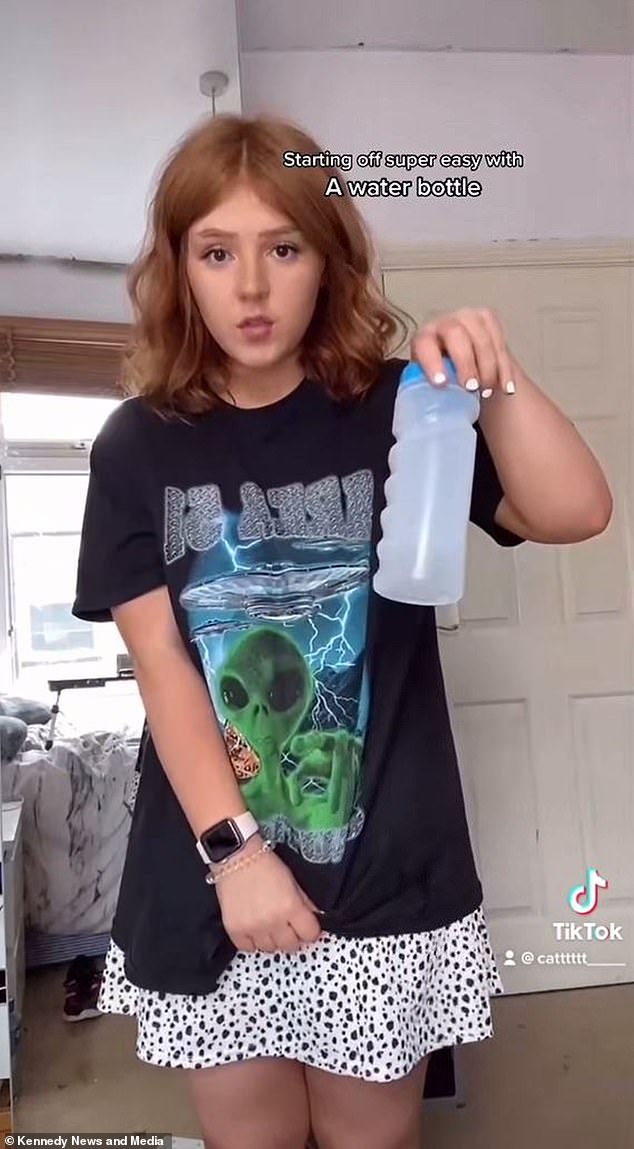 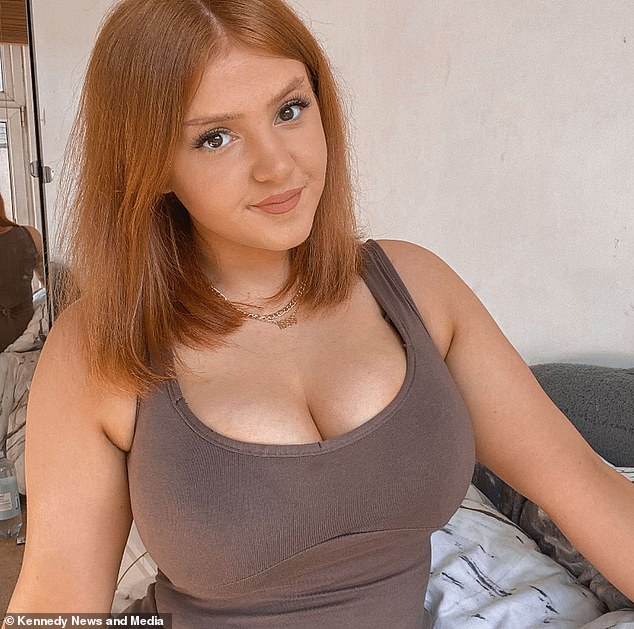 Catrin (pictured) said the responses on social media has been good, with many people shocked and laughing 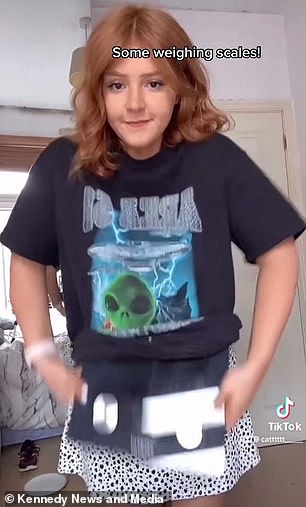 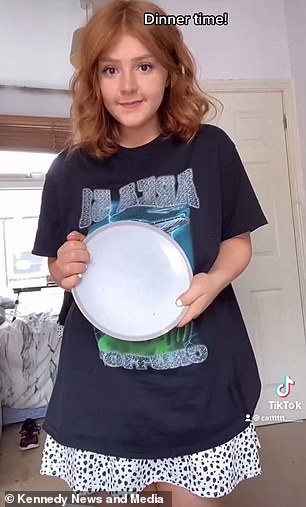 Catrin said she’s also received a lot of messages from her friends on Instagram. Pictured left to right: Holding a weighing scale and plate

Catrin added: ‘The responses have been really good – people have been laughing and commenting ‘what? – they’ve definitely been shocked.

‘I’ve had a few people that have sent me the same thing – it might be a skill that a lot of people have but haven’t discovered.

‘I put them on my Instagram story as well and got a lot of messages from friends being like ‘How? Why? What? And I was just like ‘yeah’.

‘There’s a table in my room that I’m eying up – I just need to take my TV off.

‘I was thinking maybe my TV as well, but that might be too far, but I’ll give it a go.’ 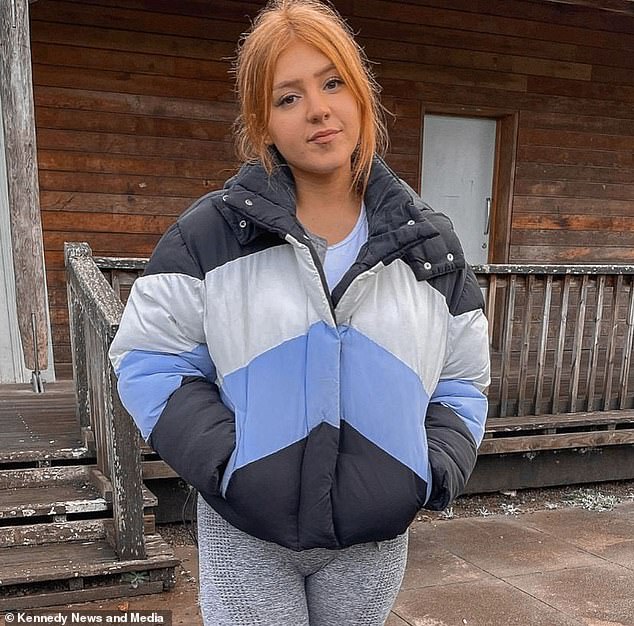