Former police constable, 55, who was conned out of £500,000 by two fraudsters – including one posing as Gerard Butler – after ‘losing the love of her life’ admits she ‘agrees’ with critics that she was ‘stupid’ to give the money

A widow who was conned out of £500,000 by two fraudsters has admitted she ‘agrees’ with critics who call her ‘stupid’ but insisted she was consumed with grief after ‘losing the love of her life’.

Anne Larkin, 55, from East Yorkshire, was scammed by two men online after her beloved husband of 34 years, Graham, died unexpectedly from liver and kidney failure in November 2019.

Speaking on This Morning today, Anne, a former police constable, revealed one of men who scammed her posed as the Hollywood actor Gerard Butler, and asked her for charity donations to fund a compound for homeless families.

Reflecting on the situation, Anne, who managed to get £335,000 back through her bank, said she ‘agrees’ that what she did was ‘stupid,’ but blamed her mistake on grief and feeling vulnerable after Graham’s death.

However, viewers felt that no amount of grief would drive them to send money to strangers, especially someone pretending to be a famous actor.

Anne explained she came into money following the death of her husband, due to his company insurance that left her with £1.27million. 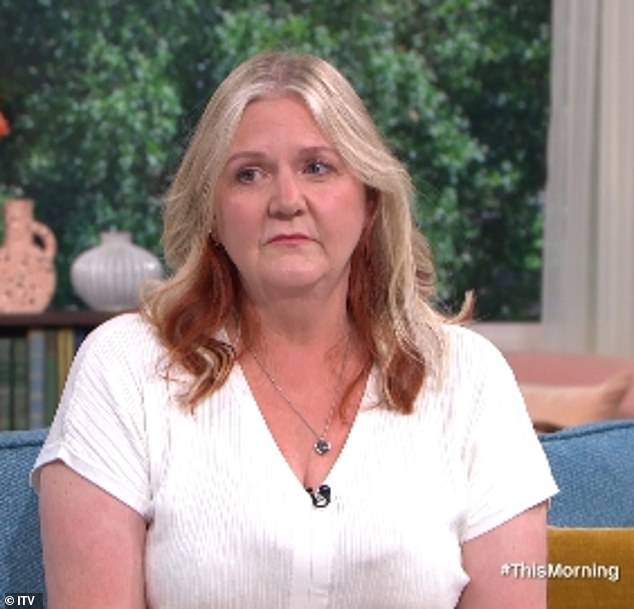 Anne Larkin, 55, from East Yorkshire, was conned by two men online after her beloved husband of 34 years, Graham, died unexpectedly from liver and kidney failure in November 2019 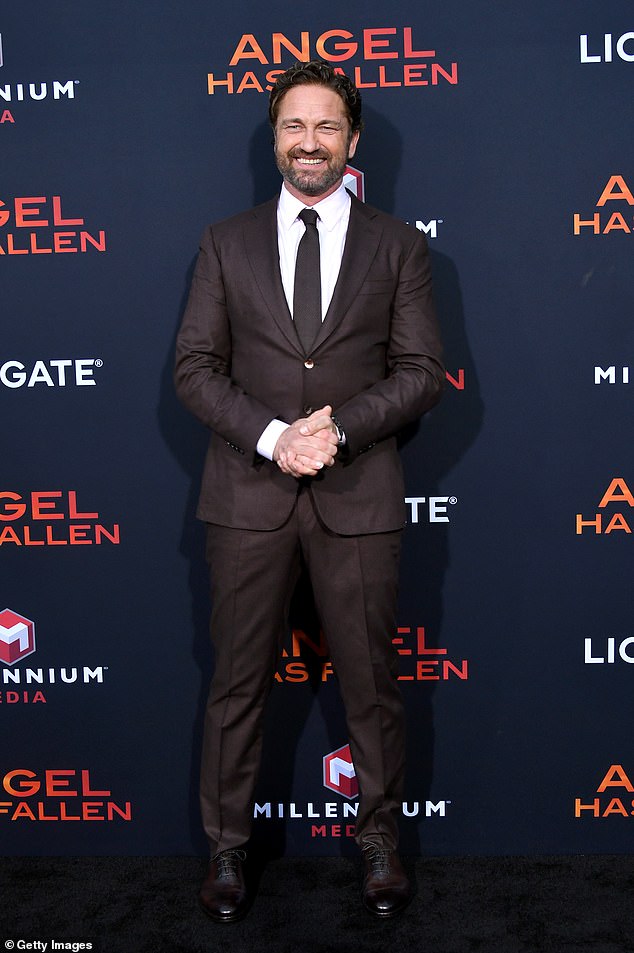 Anne revealed that one of the conmen who scammed her posed as Hollywood actor Gerard Butler, pictured in 2019

Soon after Graham’s death, and in the wake of the Covid-19 pandemic, the widow turned to social media to find comfort during her isolation.

She began to speak to one man going by ‘Clinton,’ who pretended to be a US soldier based in New Jersey and began to ask her for money so he could ‘visit his son’, who was at military school.

Then, a man named only as ‘G,’ came in contact with Anne.

Speaking to Phillip Schofield and Holly Willoughby on the show today, the former police constable revealed the scammer posed as the actor Gerard Butler on Facebook.

He contacted her via Messenger after she commented on a picture of the real Butler on his Facebook page.

Anne claimed the conman wrote: ‘I’m the actor Gerard Butler, why did you say this about my picture.’

After that they began to exchange conversation online, the conman, still posing as the Hollywood star, asked Anne for charity donations so he could build ‘a compound for homeless families.’

In total, the two men, believed to be part of an organised crime group, stole £500,000 from Anne. 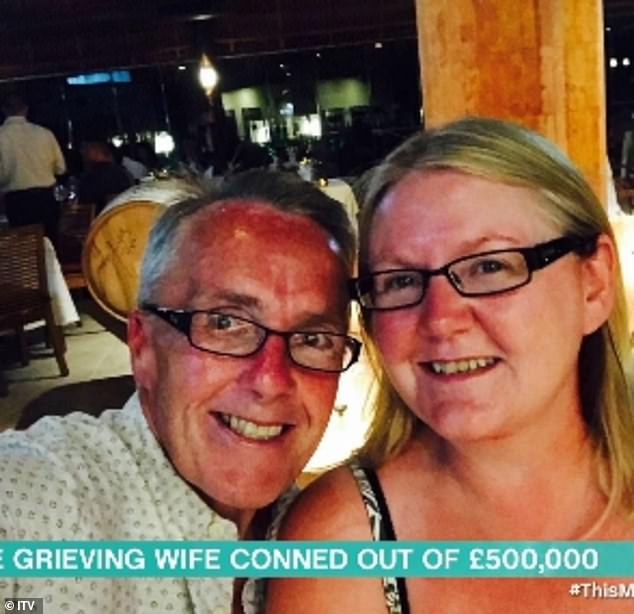 Anne said she ‘agrees’ that what she did was ‘stupid,’ but blamed her mistake on grief and feeling vulnerable after Graham’s death (pictured together) 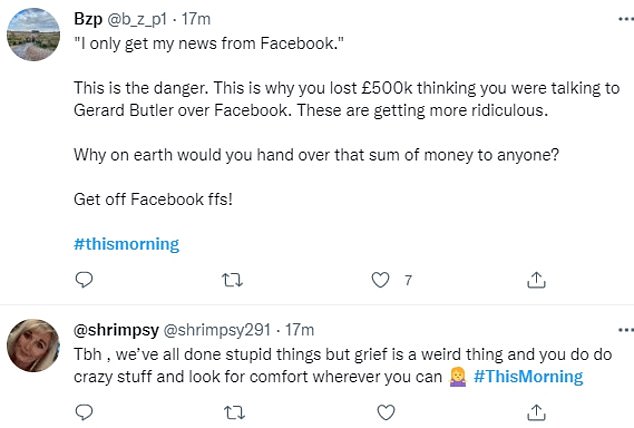 The former police officer, who admitted she got her news from social media and never watched the news on TV, said she saw ‘no alarm bells’ while she spoke to Clinton and ‘G.’

‘You grieve; you can’t function right, because you have all these emotions bombarding you altogether,’ Anne told presenters Phillip Schofield and Holly Willoughby.

Speaking of the people who said Anne losing her money was her own fault, the former PC said she ‘completely agrees’.

‘There is nothing that anybody out there that can say, any nasty, bad words about me that I haven’t said myself,’ she admitted. 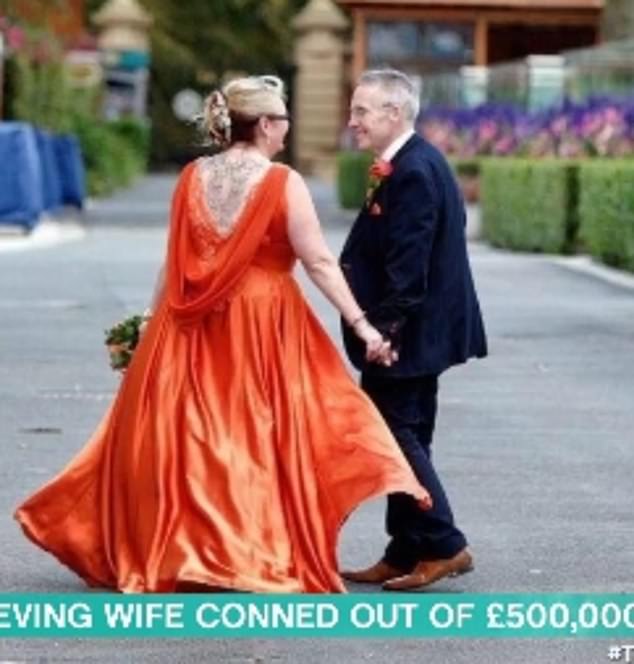 A picture of Anne and Graham together. The former police constable said she saw no alarm bells when she was speaking to the two conmen 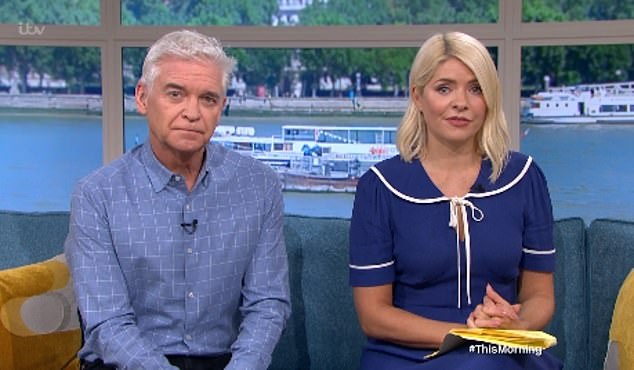 ‘I’ve always said it. They’d even messaged me and [I’d reply] saying “you’re entitled to your opinion, and I completely agree with it”,’ Anne added.

‘I was stupid, there were all these bad words, but you need to think about how you would cope if you were going through what I was going through?’ she added.

While some members of Anne’s family had suspicions she was being scammed, the widow revealed she only realised it when it was too late.

Phil and Holly stressed the fact the death of Graham left Anne feeling particularly ‘vulnerable’ and that scammers were preying on grief-stricken women like her. 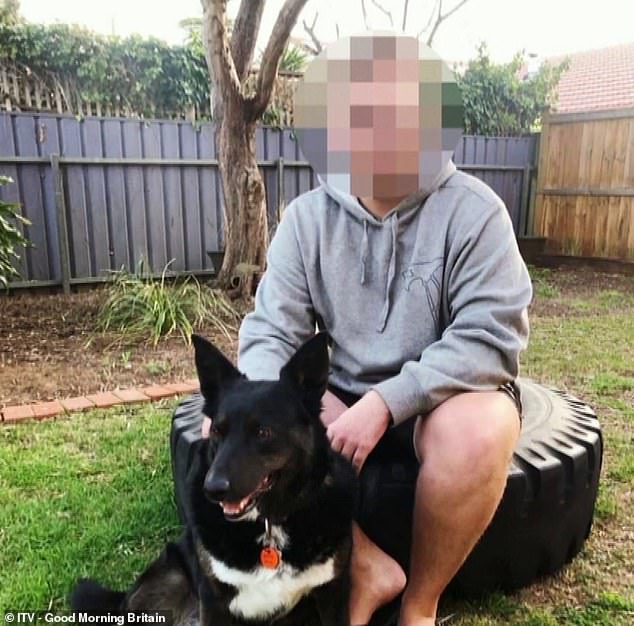 Anne started chatting to the first fraudster – who would eventually ask her to sell her home and car, on an amateur photography website – before being scammed by another man on social media shortly afterwards. Pictured, a fake image used by the first fraudster

One fraudster told her his name was Clinton. He claimed to be a U.S. Army medic from New Jersey serving in the Arab state, Yemen and often pressured her into sending money

‘Because they didn’t notify the police themselves initially and didn’t protect me, they have a duty of care,’ she told the two presenters.

In their right of reply, Anne’s bank, Natwest, said: ‘As a bank, we take our responsibilities to our costumers really seriously, and we’ll try to prevent them from experiencing this sort of financial loss and emotional manipulation.

‘Despite our efforts, we were unable to convince our customer that she was being scammed.’

But Anne claimed on the show that her bank never reached out to her.   ‘I never received even a phone call, even when I went into the bank, nobody ever questioned it. 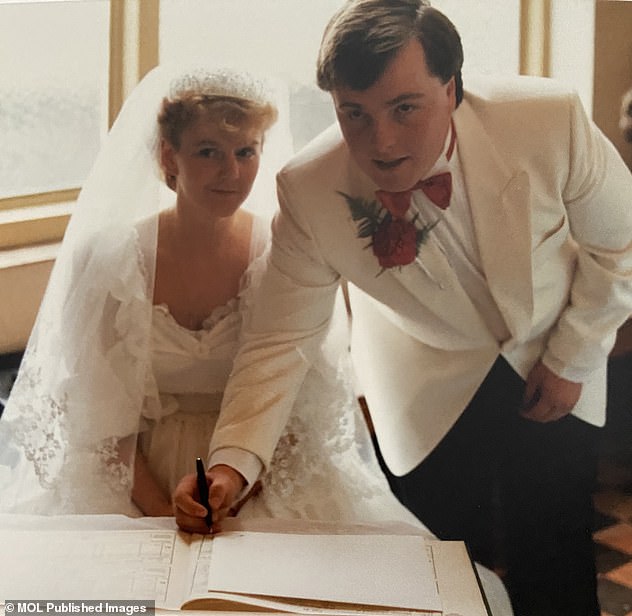 Anne and Graham pictured together. Viewers felt Anne had been too gullible and that no amount of grief could justify sending large amounts of money to strangers

Viewers felt Anne had been too gullible and that no amount of grief could justify sending large amounts of money to strangers.

‘I get them too. Delete straight away. I’m grieving, but no way would fall for these accounts,’ one said.

‘I can not for one second understand why a person, even a grieving person, gives money to a person they have never met or even to a go fund me page. There are plenty of registered charities who genuinely need money,’ another said.

However, some people were sympathetic, with one saying: ‘Tbh, we’ve all done stupid things but grief is a weird thing and you do do crazy stuff and look for comfort wherever you can.’

The first conman Anne started chatting to was on an amateur photography website, he told her his name was Clinton and claimed to be a U.S. Army medic from New Jersey serving in the Arab state, Yemen.

Anne admitted she wasn’t suspicious of the stranger: ‘It was because they were talking about my photography, other photographers who use this site talk about each other’s images’.

The fraudster said he had lost his wife and daughter in a terrible car accident five years previously and was missing his adult son back in the States.

However around five-weeks into the relationship, the scammer started asking Anne for money, eventually asking the former police officer to sell her house.

‘It was when I was asked to sell my house and car around Christmas time last year that my brain was functioning correctly’, said Anne, ‘It said something is not quite right here and I didn’t answer the message.’

Shortly afterwards Anne met a man calling himself ‘G’, claiming to be Gerard Butler  involved in charitable work in America.

Sharing her story in a previous TV appearance, Anne admitted that her terrible grief meant she did not suspect the second scammer despite her experiences with the first.

‘When they contacted me, I would have been talking with my husband Graham which was the evenings or the weekends’, said Anne.

‘During the day you have to behave as normal when there are people who know you and ask how you’re doing, you put a brave face on and say nothing is wrong.

She added: ‘It makes me feel angry, at myself for being able to be duped by these people.’