A mother-of-two who fell in love with her best friend’s husband after losing her partner to cancer has revealed how family members ‘cut ties’ with them over their relationship.

Katrina Hawes, 42, from New South Wales, was devastated when her husband Corey and best friend Kelly Velt both died of cancer within eighteen months of one another.

But she ended up finding comfort in the arms of Kelly’s husband Nathan Velt, who helped her come to terms with what happened.

Talking to Closer Magazine, Katrina said her relationship with Nathan had drawn criticism from friends and family who called them ‘disrespectful’ to their late spouses. 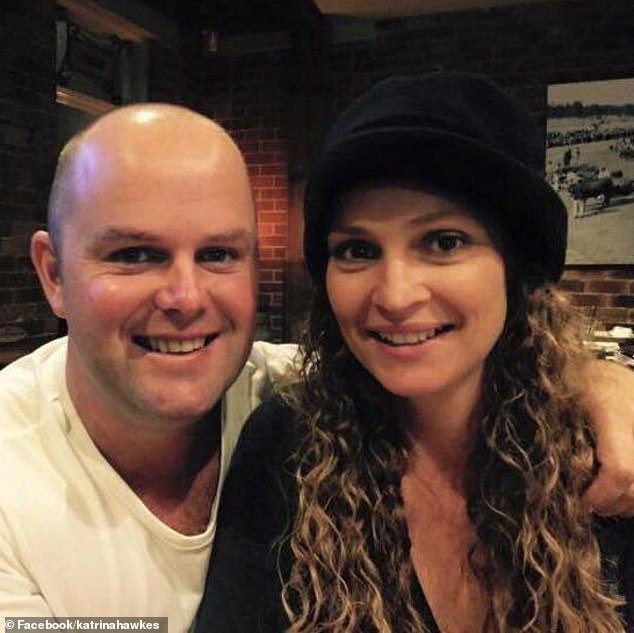 Katrina Hawes, 42, from New South Wales, fell in love with her best friend’s husband Nathan Velt after their partners both died (pictured together)

Katrina met Kelly at the law firm they worked at in 2001 and the two women hit it off instantly.

The two women were each other’s bridesmaids, and the two families became close due to their children of similar ages.

But in 2010, Kelly, who had been suffering from headaches, was diagnosed with an advanced brain tumour.

Doctors operated on Kelly, but the tumour was too advanced, and she passed away days later aged just 31. 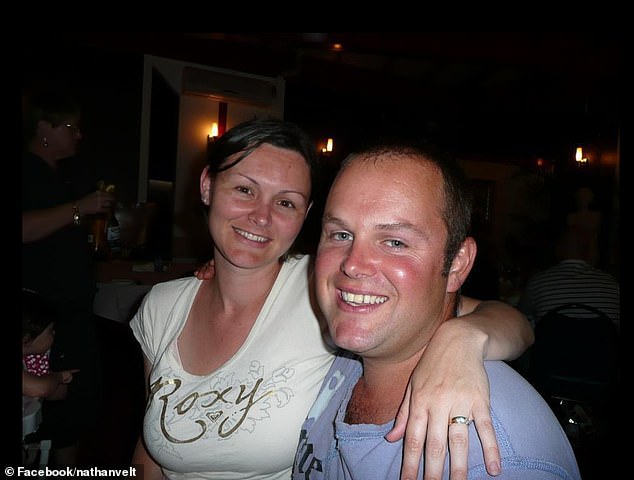 But in the midst of her grief for her best friend, Katrina received more shocking news.

Her own husband Corey was a regular blood donor, but a recent donation showed some kind of abnormality with his platelets.

Less than week after Kelly’s funeral, the couple discovered that Corey had liver cancer.

Katrina said it was like she was trapped in a living nightmare, recalling that she had just buried her friend only to face the same possibility for her husband. 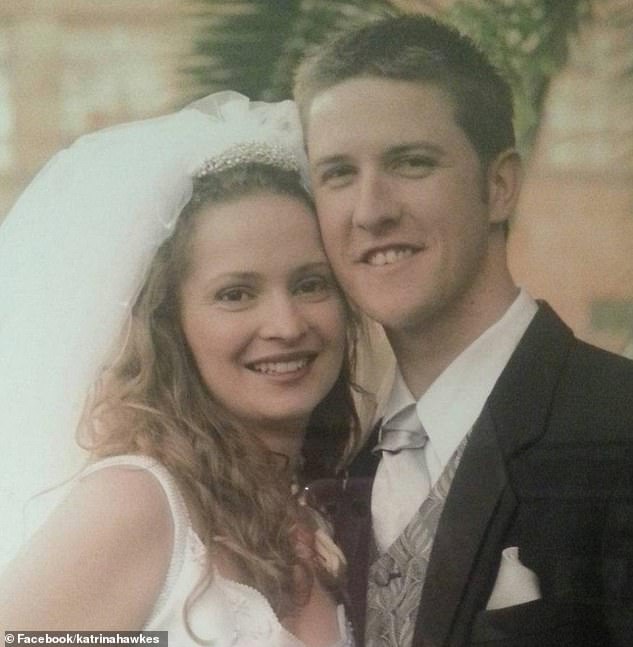 And just eighteen months after Kelly’s death, Katrina’s husband Cory was diagnosed with cancer and died, leaving her devastated

Despite intensive chemotherapy treatment, the cancer spread from his liver to his pancreas and in December 2013, he died.

Struggling to cope, Katrina, a mother to Riley, 14 and Madison, 11, was so devastated she couldn’t leave her house.

She said she couldn’t bear the thought of going out into the world and struggled to open up about how she felt to anyone.

Four months on from her husband’s death, Kelly’s partner Nathan invited Katrina on a camping trip with his family. 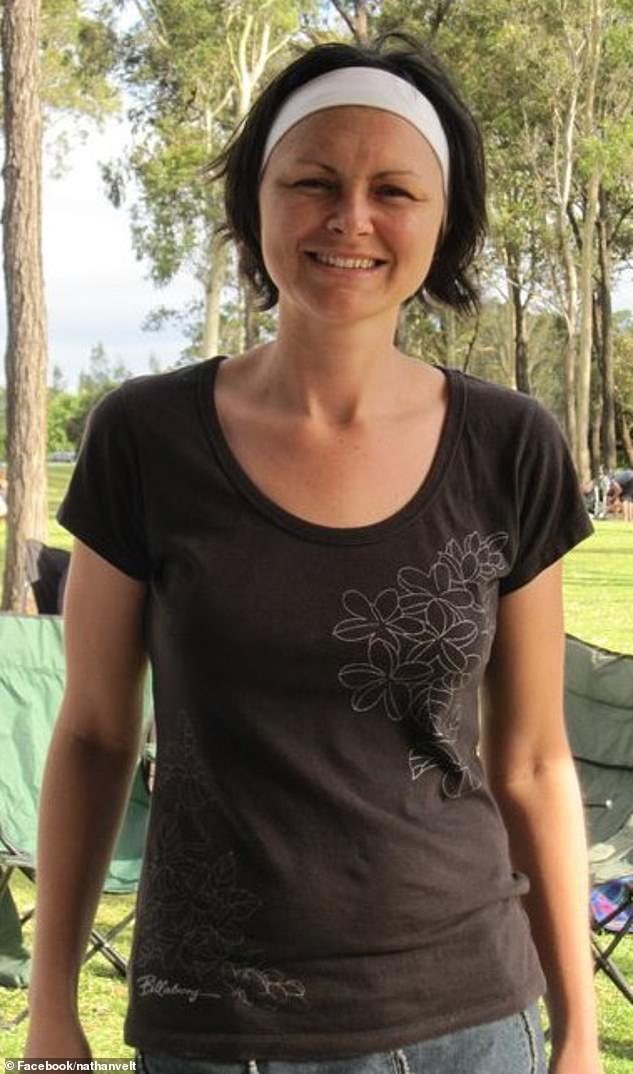 Kelly died when she was just 31 after undergoing surgery for an advanced brain tumour, leaving her husband Nathan and best friend Katrina heartbroken

Conscious that her children ‘deserved a treat’, she decided to go on the trip with Nathan.

‘Only Nathan really understood what I was going through and he made me feel like myself again,’ Katrina said.

The young woman felt good about talking openly about her former husband, and gradually, she and Nathan ended up doing more and more activities together. 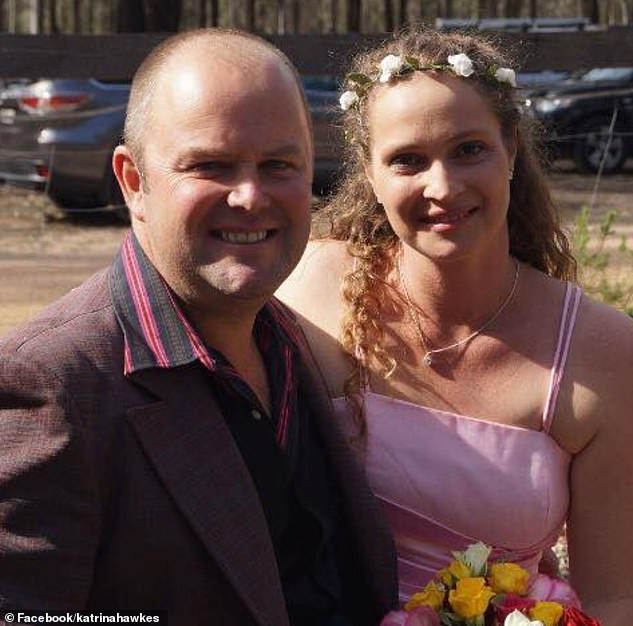 But Katrina felt stunned by what had happened, and felt guilty, as though she were cheating on her late husband Corey.

Days later, she couldn’t stop thinking about the kiss, with Nathan suggesting the two explore the spark between them.

After talking it through and exploring their feelings, the couple eventually sat their children down and announced that they were now ‘more than friends.’

Katrina explained they took things slow at first, but eventually, after two years of dating, Nathan proposed in 2016 and the pair got married in 2016. 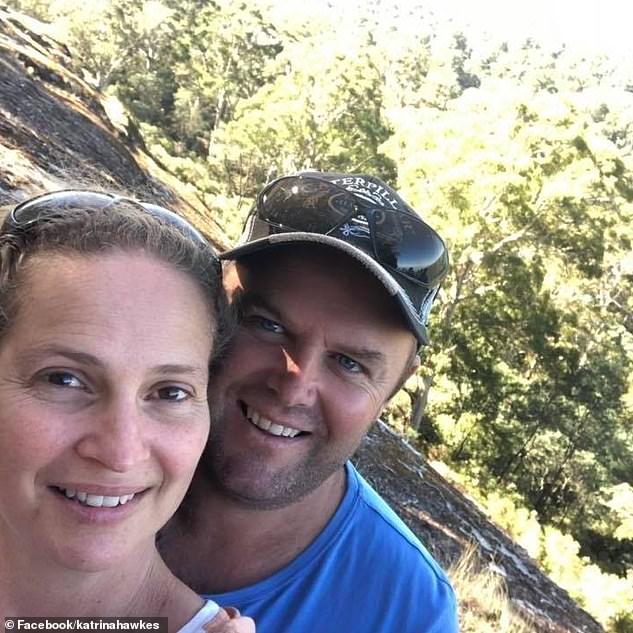 While the couple are overjoyed with their love story, they say some of their friends and family have cut ties with them for being ‘disrespectful’ to their late partner’s memories (pictured together)

Some of their friends and relatives disapproved and have cut ties with Nathan and Katrina, saying they were being disrespectful of Kelly and Corey’s memories.

However, Katrina insisted that Nathan and her had not forgotten their former flames.

‘We talk about them every day,’ she said. ‘Being together doesn’t mean we’ve forgotten Corey and Kelly – that could never happen,’ she added.