Remembrance Day falls this year on Wednesday, November 11, but may seem very different this year due to the ongoing lockdown in England. Most events have either been cancelled or moved online – with Britons asked to observe the day at home.

This weekend the Royal Family commemorated Remembrance Sunday, laying wreaths at the Cenotaph in Whitehall.

The socially distanced ceremony was a stark difference to the usual crowd lined streets.

Royals were seen wearing masks as they travelled to the Cenotaph, and were joined by Prime Minister Boris Johnson to pay respects.

A two minutes silence was observed at 11am, and there will be another on Wednesday at 11am. 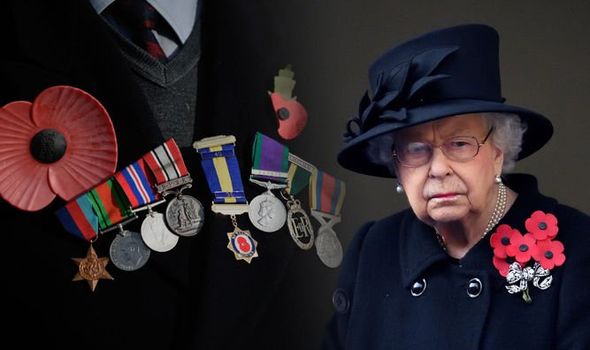 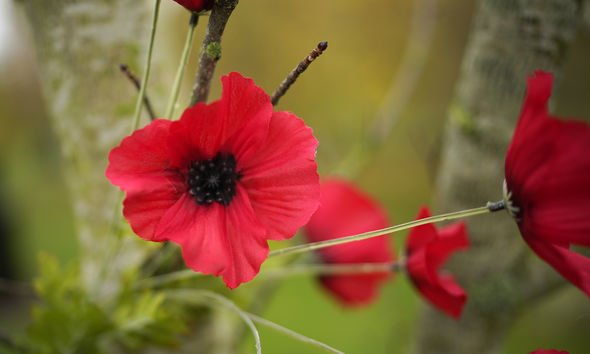 Why do we wear poppies on Remembrance Day?

Often the signifier Remembrance Day is near is the sight of poppies adorning homes, clothes and businesses.

The red flowers are drawn by children at school, worn on lapels and used to decorate commemorative wreaths.

Poppies were often seen along the Western Front, enduring despite the bombardment and constant upheaval of the ground. 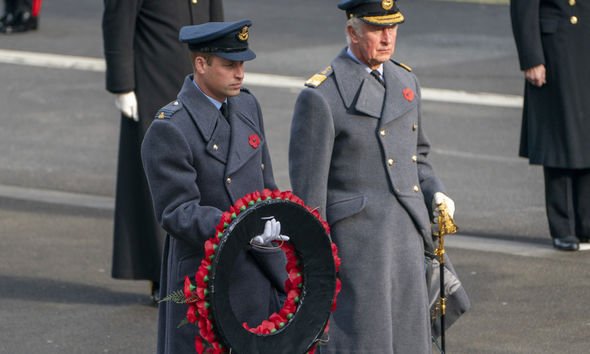 The hardy flower inspired Canadian doctor John McCrae to pen a poem while serving in Ypres in 1915.

Titled In Flanders Fields, the poem was published and resonated with those touched by the war.

The poem inspired American academic Moina Michael to adopt the poppy in memory of those who had fallen in the war.

She campaigned to get the poppy used as an official symbol of Remembrance across the US and collaborated with people wanted to follow suit in Canada, Australia, and the UK.

Integral for the poppy booming in popularity in the UK was Frenchwoman Anna Guérin.

She travelled to the UK in 1921 where she planned to sell the poppies in London.

While there she met Earl Haig, who was the founder of the Royal British Legion.

He was then convinced to use the poppy as a symbol for the Legion in the UK. 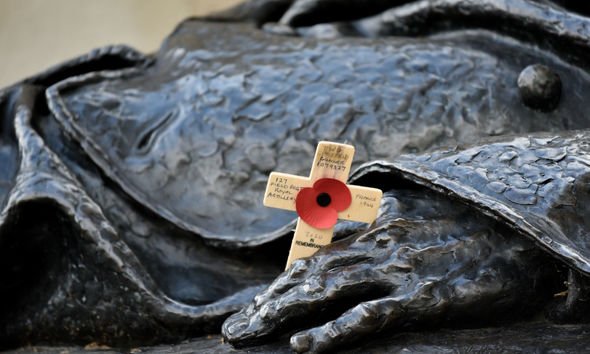 The Legion, which began in 1921, ordered nine million poppies and sold them on November 11 the same year.

The popularity of the flower to pay tribute to those killed during wars continued to grow, and a poppy factory was opened to supply the demand.

Today the British Legion says of the poppy: “It represents all those who lost their lives on active service in all conflicts; from the beginning of the First World War right up to present day.”

You can buy pins, badges, bag charms and even poppies for pets today, raising money for the Poppy Appeal.

In 2019 the Poppy Appeal raised more than £50 million to help support serving and ex-serving members of the Armed Forces community and their families.

Last year more than 40 million poppies were distributed by 40,000 volunteers.

Other charities offer poppies in different colours, and each has its own meaning but all represent the losses of war.

White poppies represent peace without violence, black poppies signify the people of colour lost in the wars and purple poppies are worn for animals killed in conflict.