This is an ideal time to remind you that Julia Roberts is a world-class movie star. The rare unicorn kind that can change the molecules in a room just by standing in it. Her films aren’t just good, they’re beloved. As someone once put it, she’s a “human empathy generator.” But it’s been years, plural, since she actually showcased all her talents in the right big screen material. That frustrating streak ends with the great Ben Is Back. 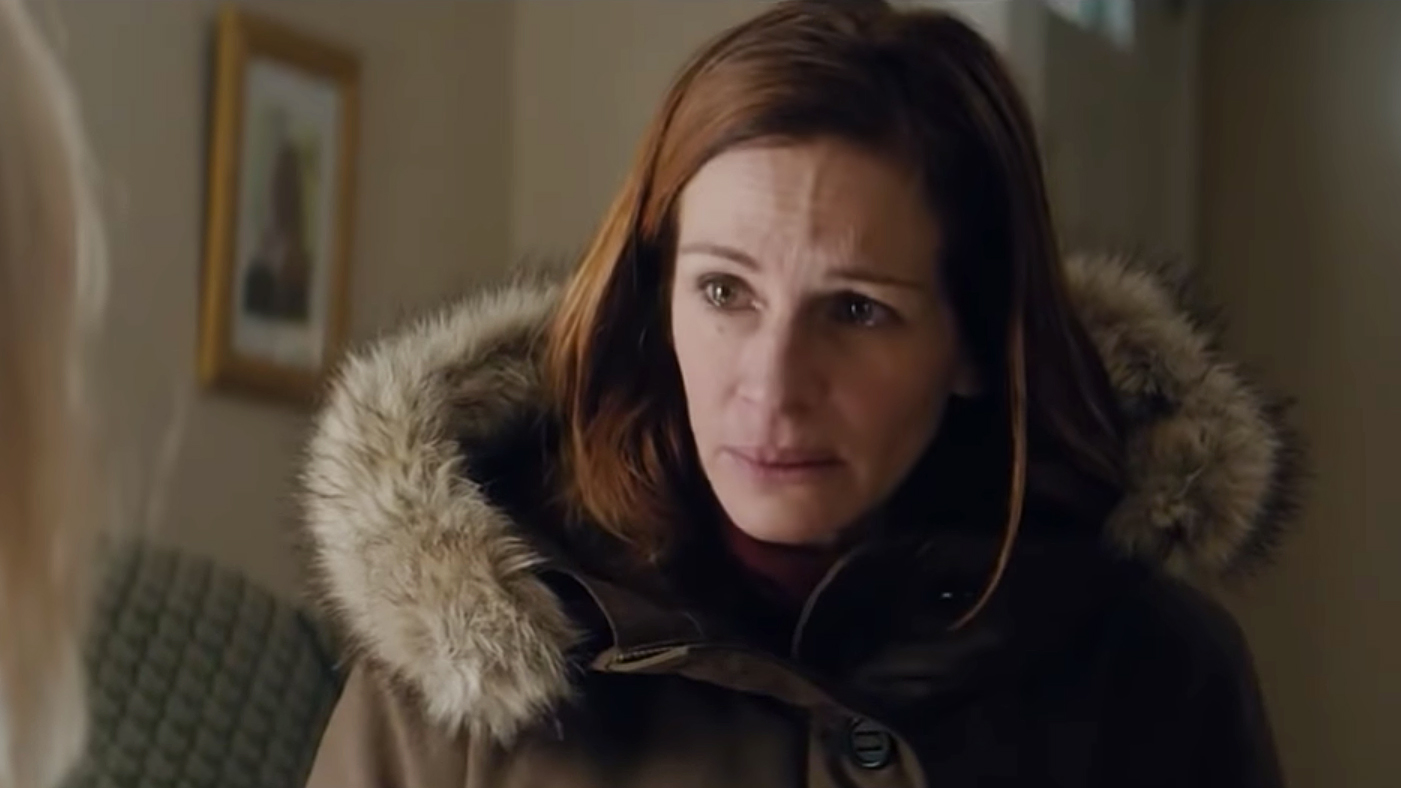 This is the second movie in just more than a month in which an affluent-living parent must deal with a would-be prodigal son addicted to drugs. Both Beautiful Boy and Ben Is Back are enhanced by terrific, honest performances. The latter is the more streamlined, less-clichéd story. It takes place in a mere 24-hour period, allowing Roberts and the equally impressive Lucas Hedges to be focused and alert.

On the morning of Christmas Eve in snowy Westchester, New York, Roberts’ Holly Burns arrives home with her kids to see her eldest, Ben, waiting at her doorstep and draped in a hoodie. He should be at rehab, where he’s being treated for the past 77 days for an opiate addiction that nearly killed him. (Like many kids of a certain age, the pill-popping stemmed from a sports injury). Ben claims that his sponsor told him it was OK to come home and spend the holiday with his family. Holly is thrilled to see him … and terrified. His stepdad (Courtney B. Vance) is wary-with-a-capital-w. She agrees to the arrangement with one big caveat: He must be with her at all times. ALL TIMES. There are simply too many triggers around the house and the neighborhood.

The family dynamic in these early scenes are fascinating. Director Peter Hedges (Lucas’ dad) zooms in the camera so all of Roberts’ conflicted emotions are expressed on her delicate face. She desperately wants to believes her son is the proper path to recovery, guilty that she could let the addiction happen under her roof and still in denial that her beautiful boy could spiral into chaos. At the mall, she encounters the now-senile doctor that prescribed him the meds and unloads on him while her son is out of ear-shot. A bit theatrical? Perhaps, but I count it as an example of the extreme lengths a parent regularly goes to stand up for a child. Hedges, meanwhile, doesn’t want to let down his mother. He’s terrified as well … terrified that he will fail and relapse. His self-loathing pain is authentic and heartbreaking.

I would have happily watched Holly and Ben work out their bottled emotions just sitting in that mall food court. Alas, there’s an unsettling second-act plot twist straight ahead, forcing the characters to embark on an all-night frigid odyssey through their suburban neighborhood. Think of it as an anti-It’s a Wonderful Life, as Holly learns how Ben’s addiction — and side-hustle as a dealer — has negatively affected seemingly anyone he’s ever met. Someone at Midnight Mass. A girl at an AA meeting. Even the shady pawn shop owner knows him. It’s during this long journey that the director makes the misguided decision to turn his stirring family drama into a slow-witted thriller. At one point, Holly’s daughter uses the GPS on her iPad to give her directions in the middle of a car chase! Come on. This is why we have Widows.

Drug addiction is a serious American crisis, and this slice-of-life offering is just one example on how a family can attempt to put together the pieces. No matter how well off you are financially, any parent can be rendered helpless. As for Ben? Though his 24 hours at home are traumatic, for an addict, every day above water is an accomplishment. This is the hell that Ben must face every morning when he opens his eyes. Ben Is back, but he must keep looking forward.

Ben Is Back opens in theaters on Friday, December 7.