YouTuber-turned-author and musician Gabbie Hanna has sparked concern after posting 100 TikTok videos in one day.

Fans expressed worry for the 31-year-old social media star — who previously revealed she was diagnosed with bipolar disorder — in August 2022 because the clips featured a red message scribbled on her mirror in what appeared to be lipstick. She also claimed someone broke into her house in the midst of her many postings before suddenly going silent on the platform.

Here’s all you need to know about Hanna.

Why is she famous? 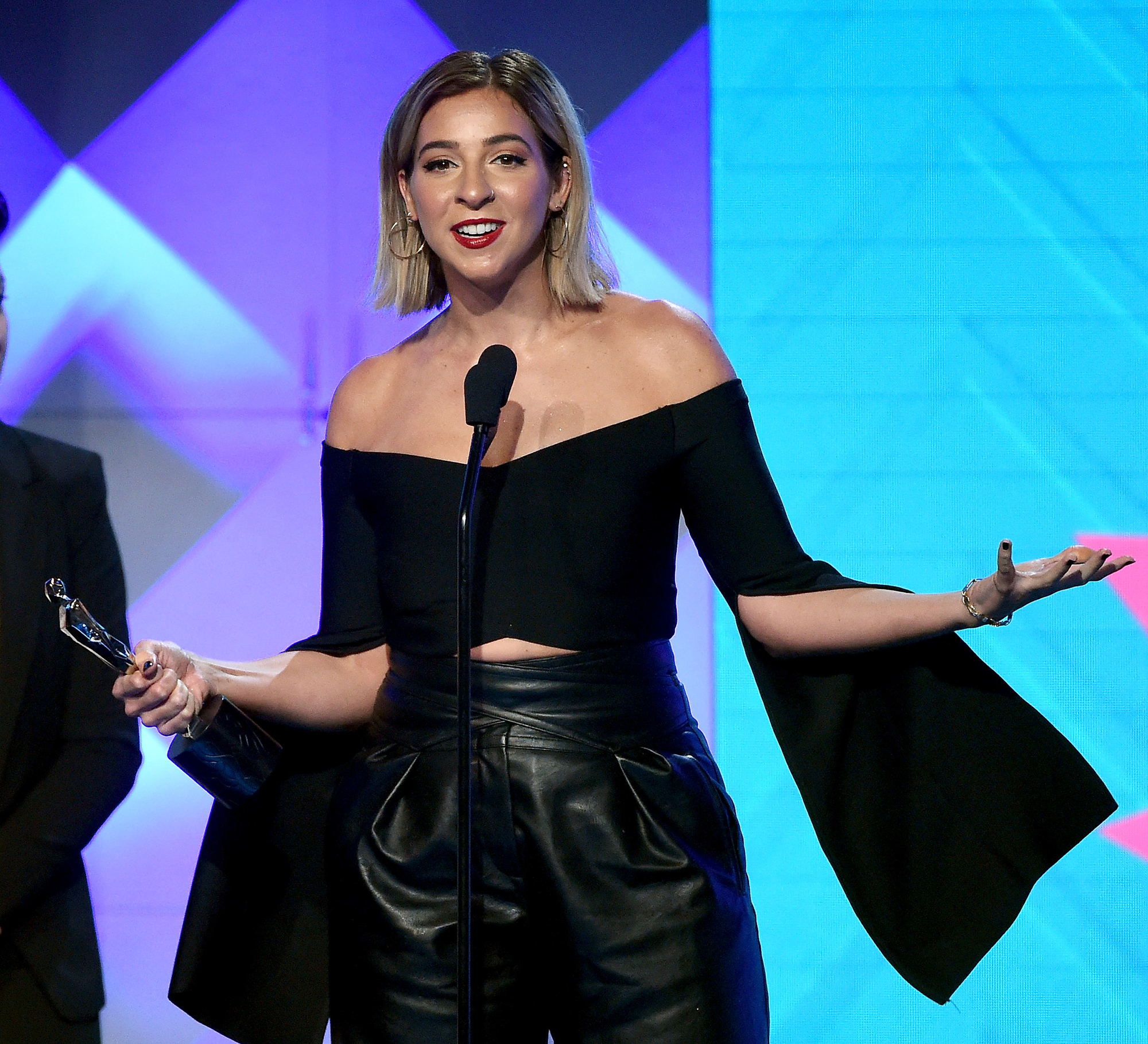 Hanna rose to fame on social media in the early 2010s. She amassed around 5 million followers on Vine by uploading skits to the app, which allowed users to post six-second videos until it shut down in 2016.

Hanna then turned her attention to the YouTube channel she set up in 2014 under the name “The Gabbie Show.” She went on to win the internet competition “Dance Showdown” before moving to Los Angeles and briefly working at BuzzFeed.

Her YouTube page, which currently has more than 5 million subscribers, continued to grow, and she was nominated for Choice Comedy Web Star at the 2019 Teen Choice Awards. She also tried her hand at other ventures, including music and poetry.

Hanna released a book of poems titled “Adultolescence” in 2017 and debuted her single “Out Loud” around the same time.

She came out with her second book, “Dandelion,” in 2020 and has continued to release music, including her 2022 album, “Trauma Queen.”

What happened to her? 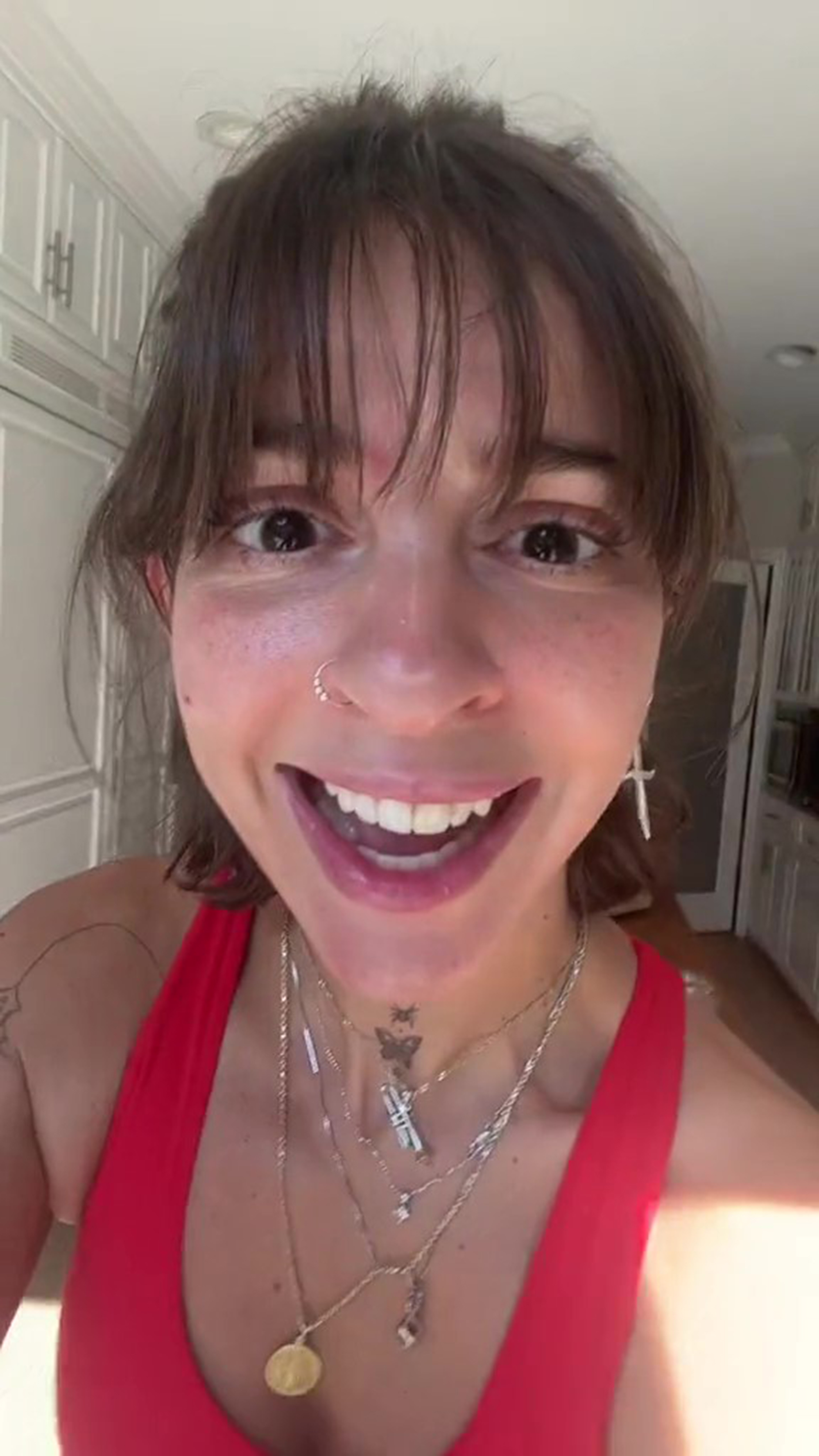 Hanna posted dozens of concerning clips to her TikTok account one day in August 2022. Many of the videos were about religion and seemed out of character for the social media influencer.

“The problem with manic episodes is you feel great. Better than you’ve ever felt. She needs a family member, friend, to see her right now,” wrote one viewer, while another person added, “Hey gabbie, I think it would be good to reach out to a loved one!! Spend some time with someone you love!!”

One of Hanna’s latest posts showed her asking fans for prayers after claiming someone broke into her LA house. Three hours earlier, however, she let in a “stranger” named Nicolas who said he “felt lost” and “asked to use the bathroom.”

What has her family said? 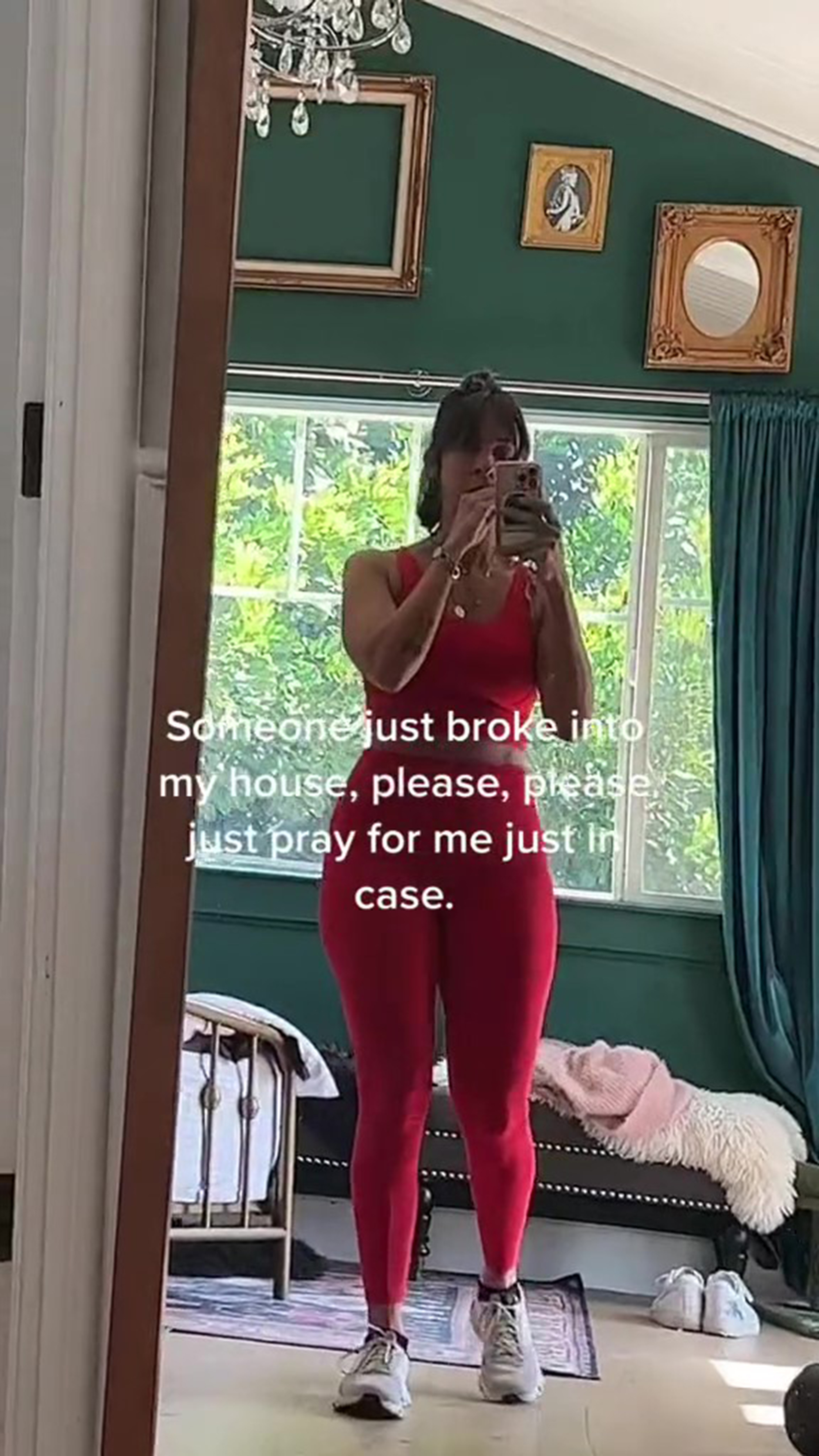 Although the commenters were looking out for Gabbie’s best interests, Cecilia said her familial situation was “none” of their “business.”

“This video was filmed and posted a full day before anything was happening or at least before we were aware. We are all in PA and she is in LA,” Cecilia wrote in one comment.

“we are doing what can be done from here. at the end of the day you are all strangers on the internet and it is none of your business regardless of level of concern.

“she is an adult. I am a 20 year old on the other side of the country,” Cecilia concluded.

Gabbie also received a wellness check after multiple people called the police on her.

What are some of her biggest controversies? 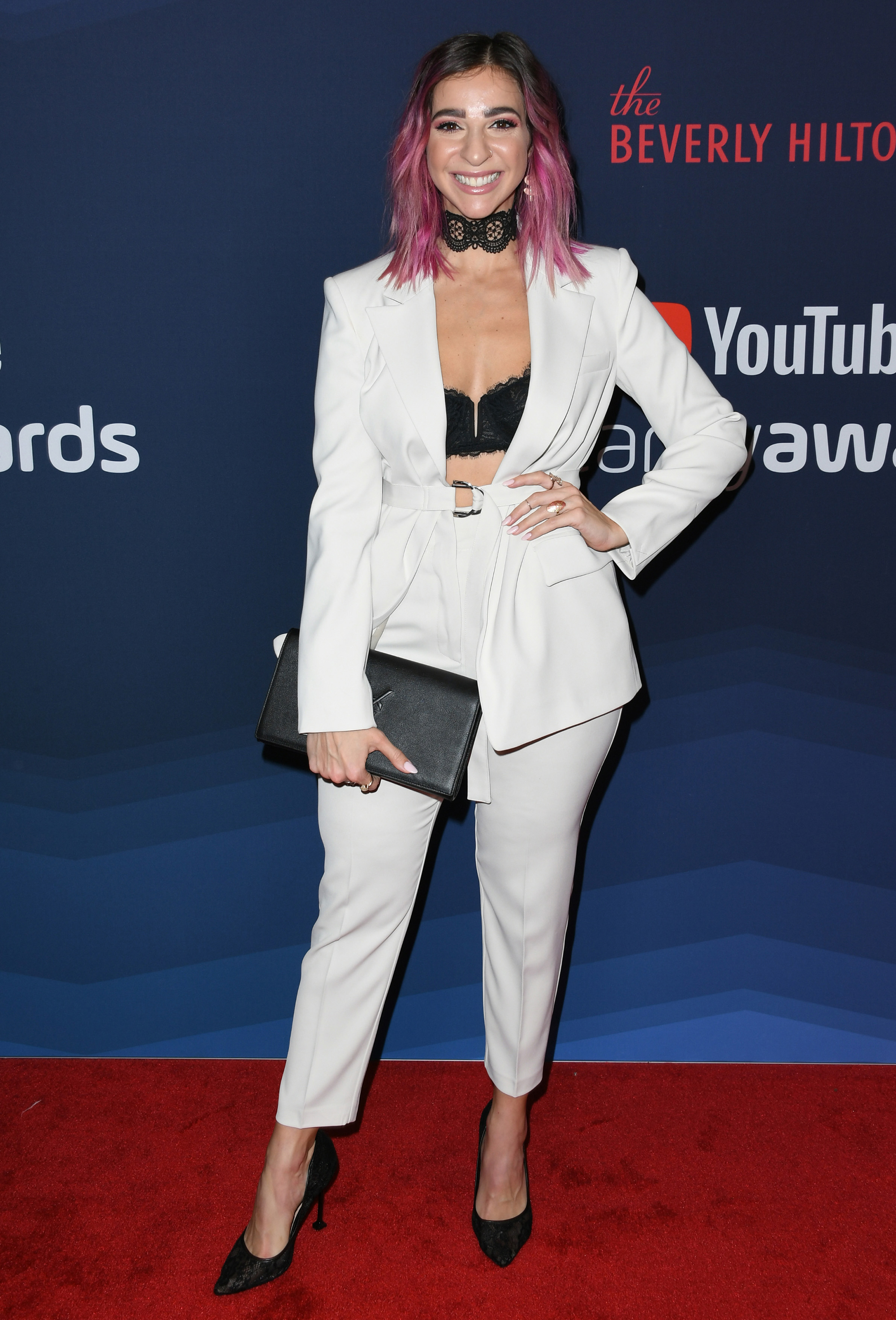 Gabbie is practically synonymous with scandal. One of her first controversies came in 2017 when she made a video about a former classmate who died of a drug overdose without consulting the girl’s family first. She apologized in a follow-up video, but it certainly was not be the last time she had to publicly take ownership for her mistakes.

In 2018, she promoted a “free” set of makeup brushes that required customers to pay $10 for shipping. Several people claimed the brushes were poorly made, had started to shed after the first use or never even arrived in some cases. Rather than offering an apology, Gabbie blamed her audience in a response video.

“Are they these amazing, high-quality, can’t-even-believe-it, great brushes?” she said. “No. I also never said they were. … I’m not sure what quality people were expecting when they paid $10 for 10 brushes.”

Gabbie was also forced to apologize after she tweeted, “If I could be any animal I’d be a beyonce.”

She became embroiled in yet another scandal when a creator named Jessi Smiles alleged her ex-boyfriend Curtis Lepore raped her in 2013. Smiles also claimed that Gabbie had remained friends and continued to collaborate with Lepore, which led many to label her a “rape apologist.”

Her most recent controversy came in April 2022 when she told her followers that taking up “hobbies” could help “overcome” depression.

“Listen up, this advice is about to change your life. This tip is not just for overcoming depression. It’s going to get you excited to wake up every day,” she said in a video posted on her TikTok account, which boasts almost 8 million followers.

She told viewers that if they started jet-skiing or learning how to make rugs, they would “never be sad again.”

Where is she from? 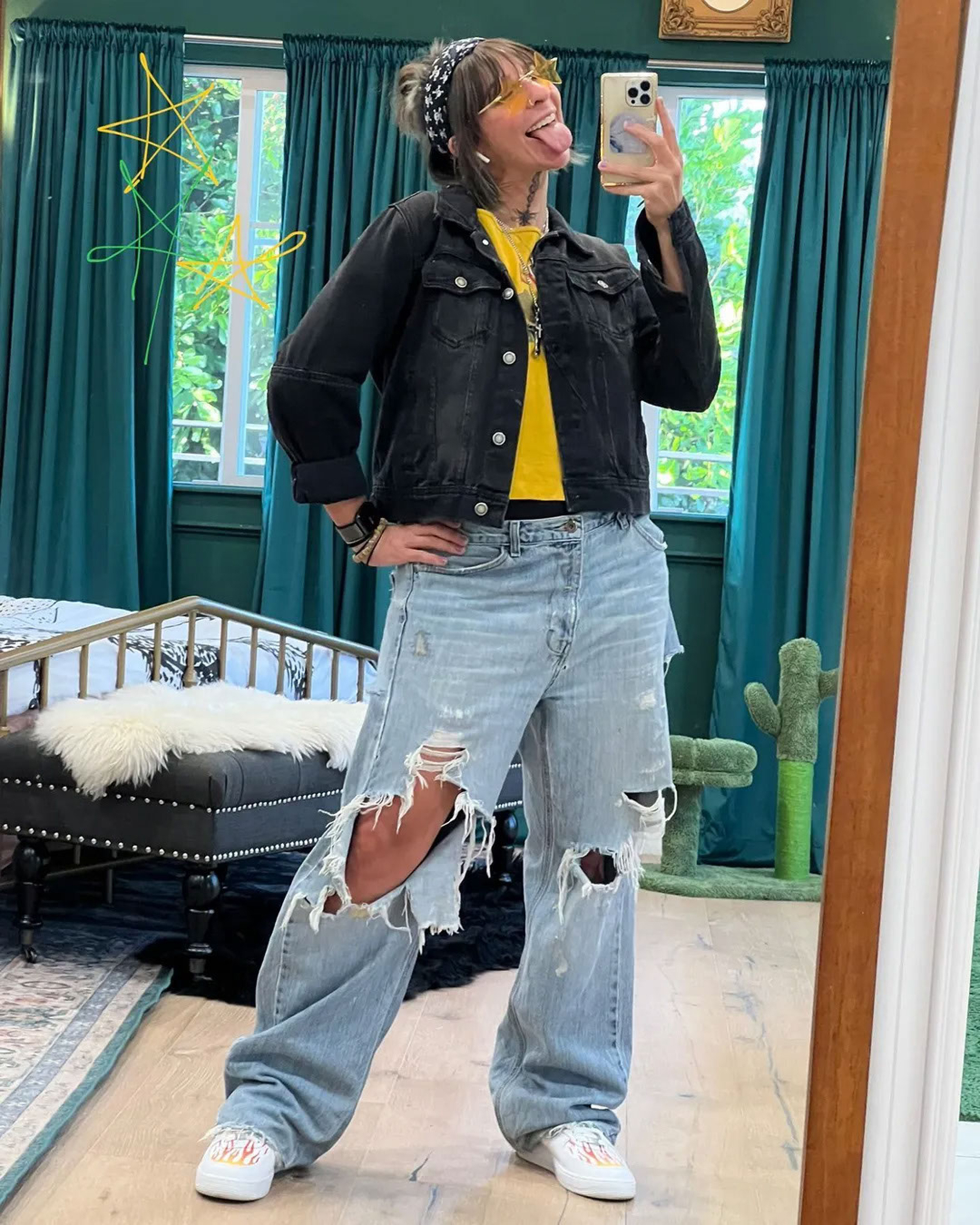 Gabbie hails from suburban Pennsylvania, where she grew up the third of six children. Her father is Lebanese, and her mother is French/Polish.

She told BuzzFeed in 2021 that she had a “tough upbringing” and the family nearly “fell into homelessness a few times.”

She graduated from the University of Pittsburgh in 2013 with degrees in psychology and communications. She was also a member of Sigma Sigma Sigma sorority.