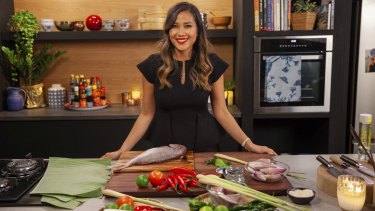 With a supporting cast of familiar reality TV cooking faces adding expertise, this culinary show looks to strip back restaurant complexities and local intricacies from traditional Asian flavours and dishes. Host Diana Chan is joined by MasterChef's Sashi Cheliah as his take on biryani is the gateway to Singaporean cuisine, which is balanced between Malaysian, Chinese and Indian strands. It's an unassuming but sprightly half hour that manages to find a hook for a subject that has been thoroughly explored by SBS' vast catalogue of eating/lifestyle shows.