If you feel like the risk of developing heart disease seems like a later-in-life problem, you wouldn’t be alone in thinking that. The American Heart Association (AMA) just released a new report that says most millennial women are more worried about their mental health than their heart health. Heart disease is the leading cause of death in women, but the AMA found that more than 75 percent of young women report that they aren’t worried about developing the illness. That’s because they’ve got other health concerns at the top of their minds, says the AMA, and information about how heart disease affects women just isn’t reaching them.

The report included information from two preliminary studies in which researchers surveyed 331 women ages 15 to 24 who were waiting for primary care or women’s health care appointments at practices and health care centers in Boston, according to the AMA. The researchers found that only 10 percent of the young women identified heart disease as a leading cause of death in women, says the AMA, and most of the respondents weren’t worried about developing heart disease. But nearly half of the young women were worried about developing depression or anxiety, the AMA says. 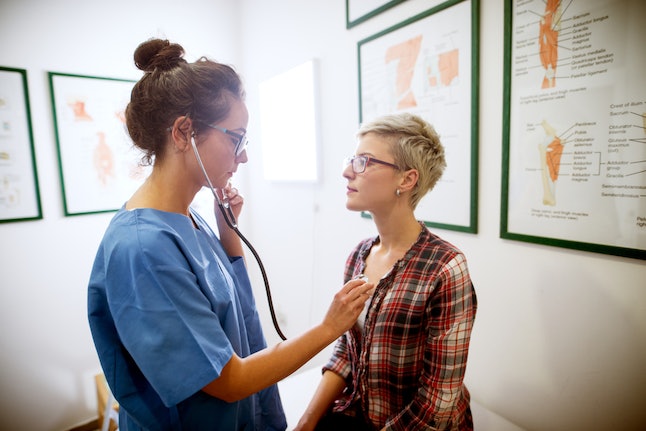 “We know that health behaviors and heart disease risk factors track strongly from childhood into adulthood, and that prevention of heart disease must start with youth, so we wanted to know what adolescent and young adult women knew about the risk of heart disease and what factors influenced their understanding and their behaviors,” Dr. Holly Gooding, assistant professor of medicine and pediatrics at Harvard Medical School and Boston Children’s Hospital, lead author of the study on health priorities, and senior author of the study on heart-healthy behaviors, said in a news release.

The AMA’s latest report is certainly timely, given that a new study was just published in February in the journal Circulation that found heart attacks among younger women have increased in the last 20 years. The AMA says the most common reasons young women aren’t protecting their heart health is because they don’t understand their risk factors and because of life stress, but focus groups identified time constraints, lack of access to affordable gyms and healthy food options, and competing health priorities as other barriers.

But it’s a little more complicated than that. “For younger women, the trouble with actively thinking about your heart health is that, well, we don’t think about it,” Bustle editor Melanie Mignucci wrote. “Unlike immediate, acute health concerns — anxiety, eczema, to name a few — that you can notice and deal with as they come up, the most common issues with your heart arise typically after years of … not paying attention to it. Just like saving for retirement, heart health is an issue that you might be putting off for your future self to deal with.” 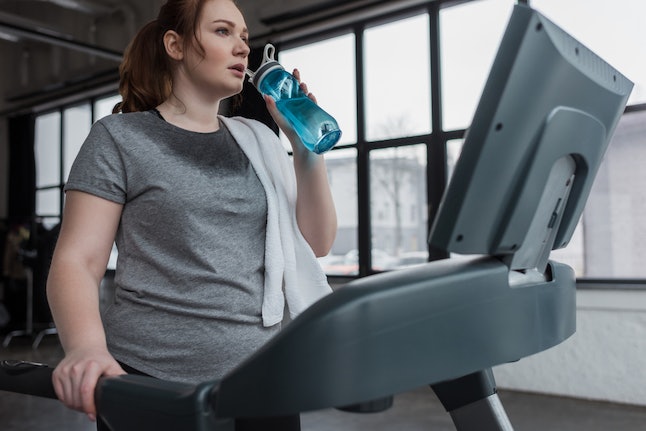 But millennial women don’t necessarily have their health priorities out of whack. There’s definitely a connection to some of those acute health concerns and heart disease — particularly stress and depression — and it’s perfectly fine to care for those health concerns at whatever time in your life works best for you. The University of Iowa Hospitals & Clinics says depression can increase your risk of developing heart disease, and vice versa. So for millennial women to be more concerned about mood disorders than heart disease actually makes a lot of sense.

“The best thing young women can do is not worry about heart health, but think about the fact that you’re preparing yourself for the future," Dr. Sumbul Desai, Apple’s vice president of health, previously told Bustle. "Focus on exercise, heart health, brain health, mood health, because all of that really affects how your body reacts.”

Hearing that heart disease is the leading cause of death in women might sound scary, but all that means is it’s probably not a bad idea to keep your heart health on your radar — along with mental health. It might not be an immediate concern right now, but the things that you do now are an investment in your future health.