Is Ariana Grande following in ex Pete Davidson’s footsteps by removing her tattoos?

However, eagle-eyed fans noticed that something looked different about the “Positions” singer, 27: a few of her largest and most recognizable tattoos had vanished for her wedding day.

Two large butterflies near her shoulder were MIA, as were her tattoos of the Pokémon character Eevee, “Spirited Away” heroine Chihiro and the Japanese letters for “let’s sing.”

“Did ariana’s butterfly tattoo’s fly away or what?,” one Twitter user wondered.

“Ariana covering up her arm tattoos for her wedding really shows that all the money and fame in the world can’t save you from the guilt trip of your Italian mother,” another quipped. 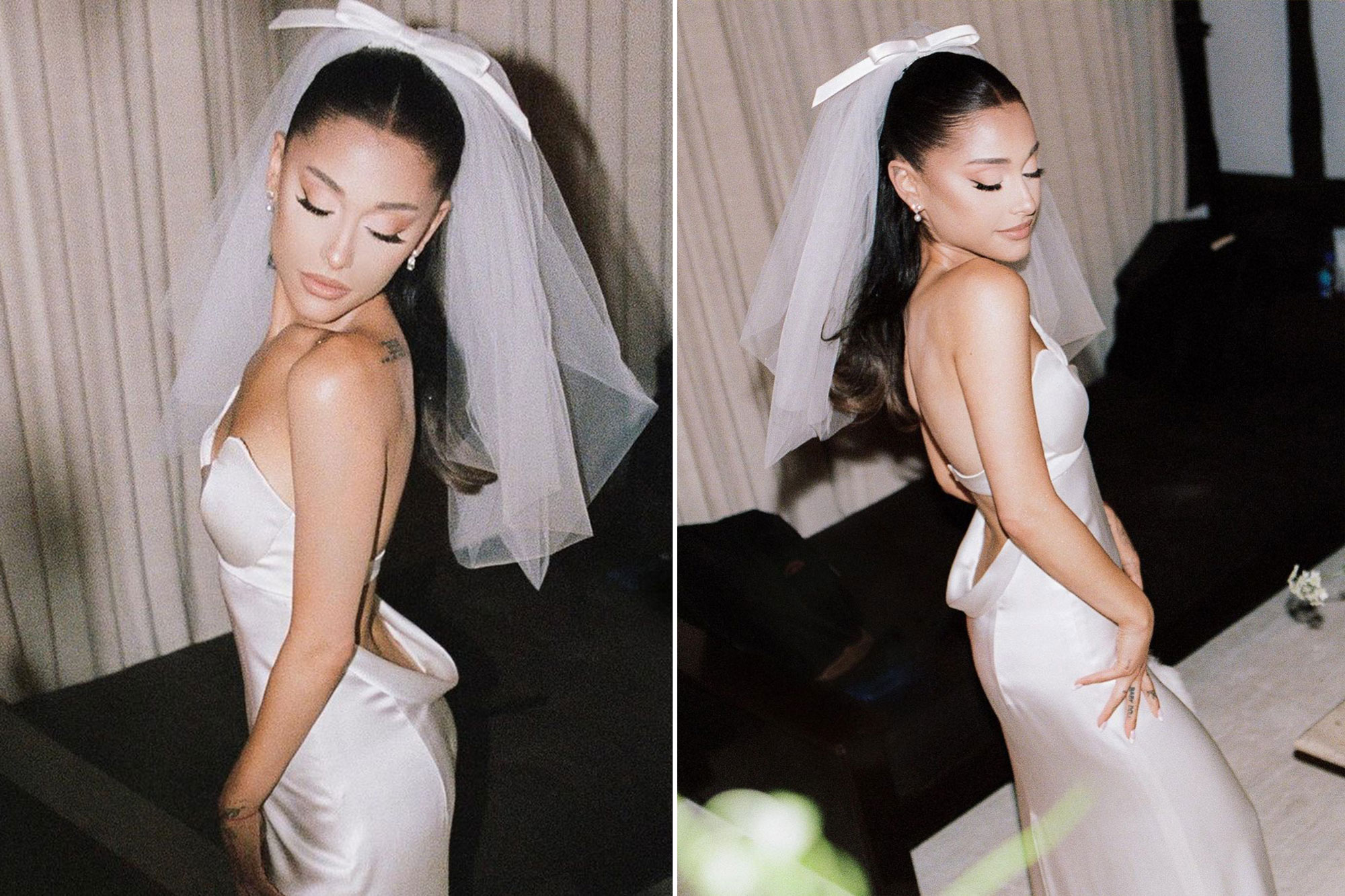 At first, some speculated that Grande simply covered her arm tattoos with makeup for her wedding day to create a more demure look — though she left some ink untouched, including designs on her hand as well as the “Truman Show” quote on her back.

But it seems the change could be more permanent: On Thursday night, Grande joined The Weeknd at the 2021 iHeartRadio Music Awards to perform “Save Your Tears” with suspiciously bare arms, this time missing only her butterfly and Eevee tattoos. 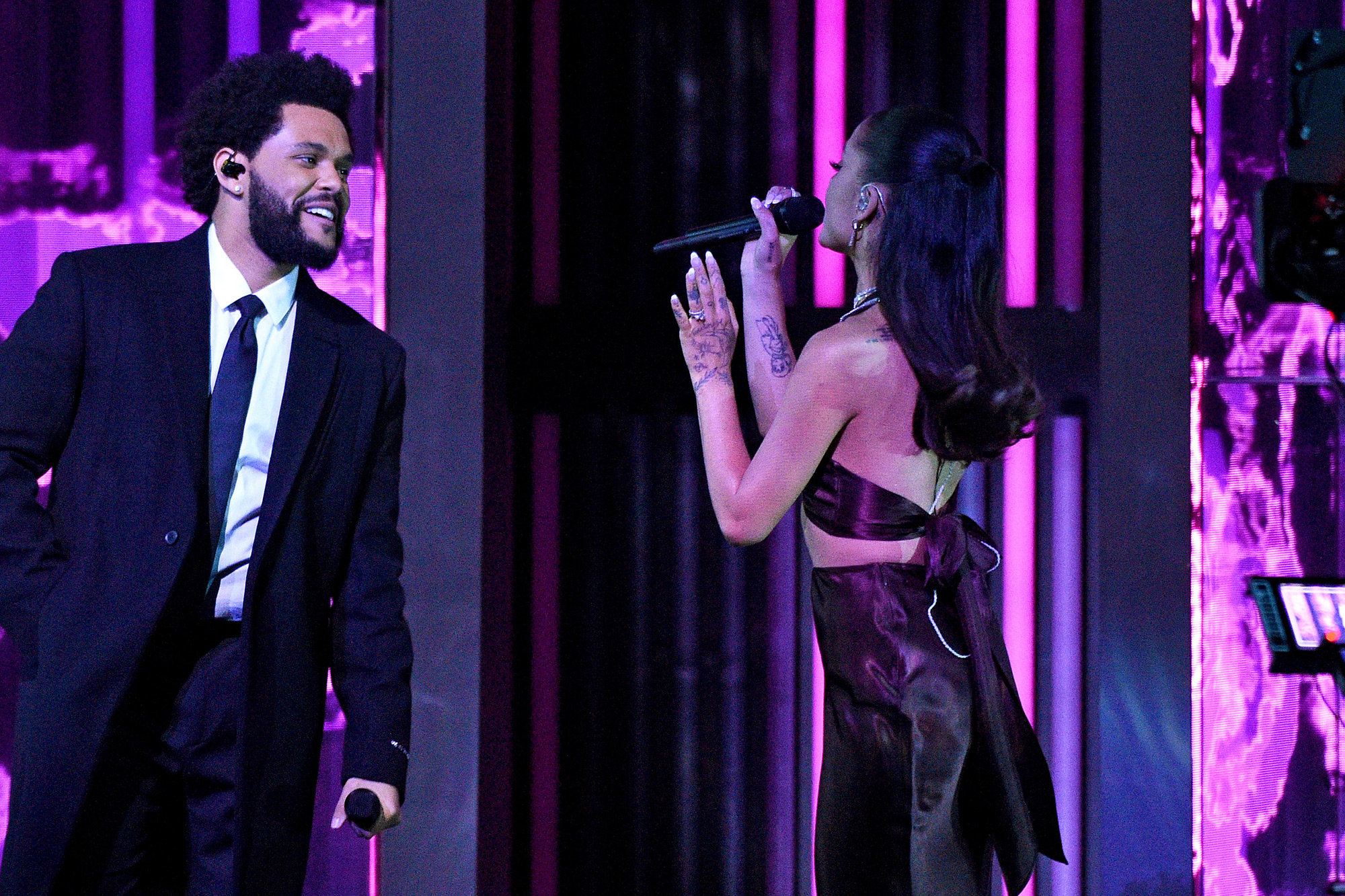 For the performance, Grande sported a two-piece silk halter top ($85) and skirt ($125) look by Rat & Boa, along with her new wedding band.

It’s unclear why she might want to rid herself of some of her most recent tats. She debuted the outline of one of her two butterfly designs at the 2020 Grammys, where it peeked out above the opera-length gloves that matched her voluminous Giambattista Valli dress.

A few months later, Grande added a second butterfly just underneath, and both were present and accounted for on her Instagram as recently as March.

On Aug. 29, 2018, she revealed the large Chihiro tattoo on the inside of her right arm.

“During her adventure in the Spirit World, she matures from an easily-scared girl with a child-like personality to match her age to a hard-working, responsible and brave young girl who has learned to put her fears aside for those she cares for,” Grande explained on her Instagram Story at the time. 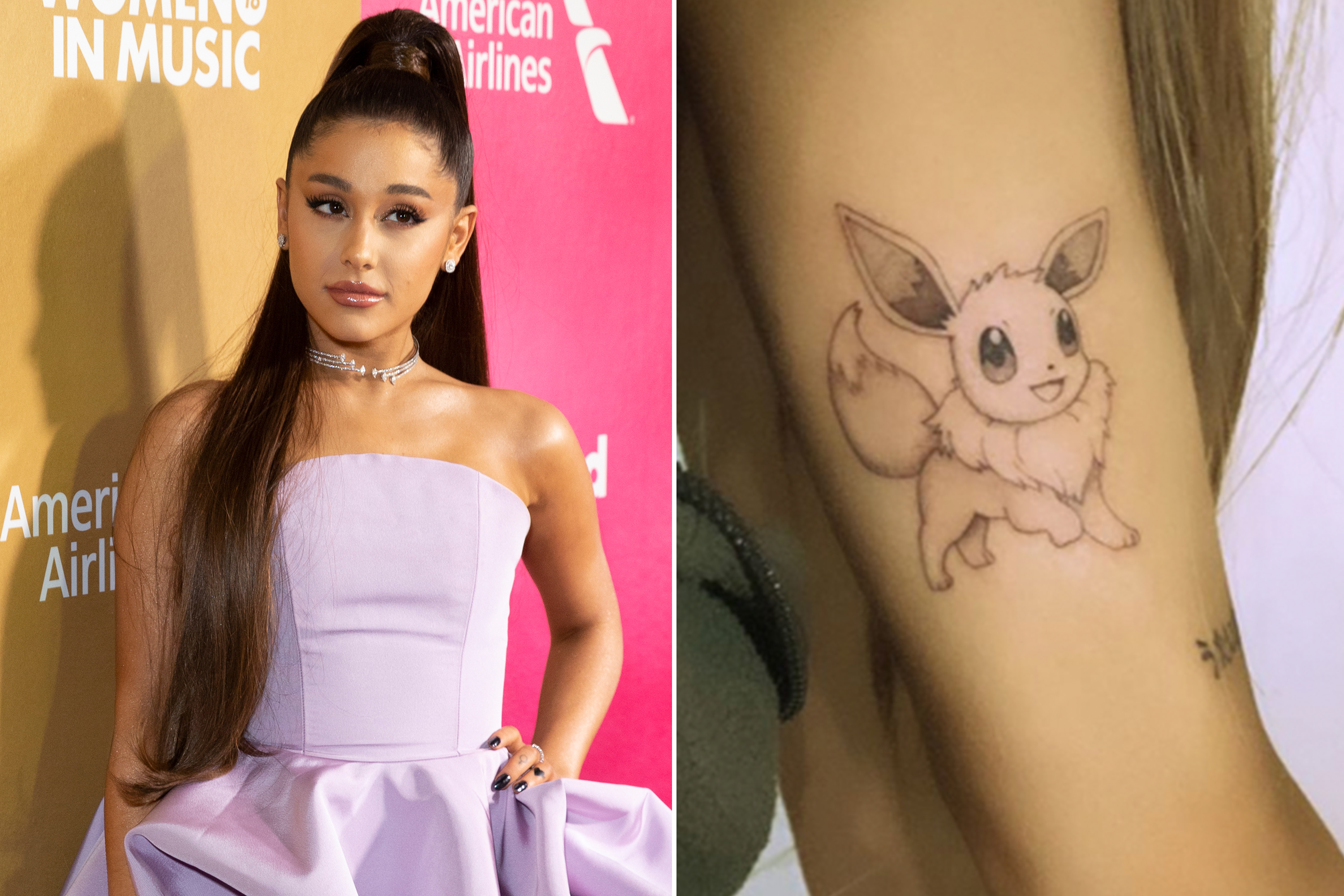 Grande added the giant portrait of Eevee on her upper arm in early 2019, shortly after showing off her “Let’s Sing” ink — the latter of which subtly alluded to her album “Thank U, Next,” which she dropped just six months after her “Sweetener” release. 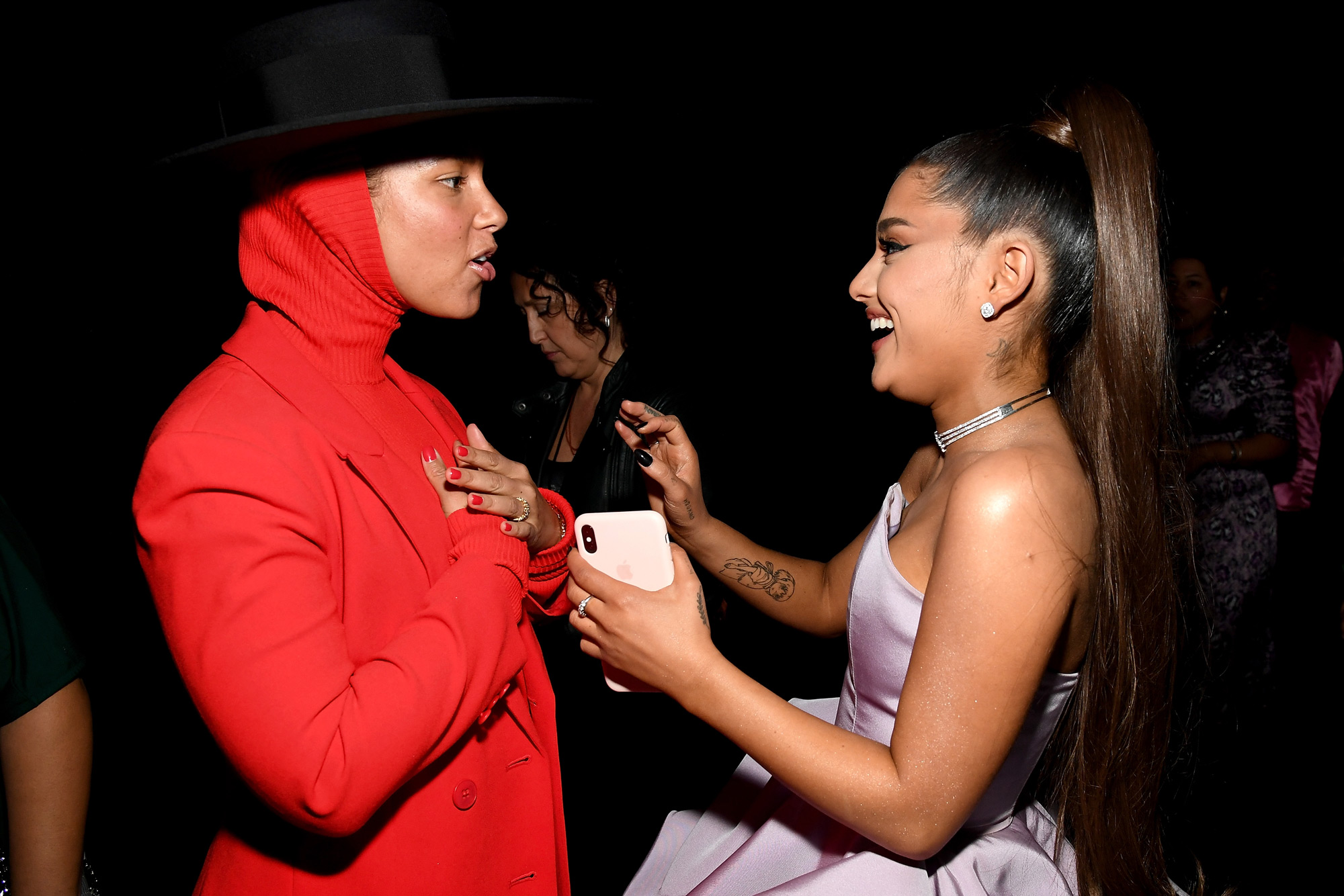 Grande has yet to explain the decision behind her disappearing ink, but the trendsetter might have some explaining to do: “To the girlies that got butterfly tattoos to match ariana’s: I’M SO SORRY,” one person tweeted.