Want to bag a dream home? You need to sell your family to the owner! Josephine Forster beat off a rival bidder by writing an emotional letter

This time last year, I sat in my cramped London flat making a list of my best qualities. I was, I wrote, a motivated worker, a caring and friendly neighbour, and a new mother determined to do the best she could for her family.

It was a CV of sorts — although one that went well beyond what I do for a living, covering everything from my plans for my daughter’s education to where I saw myself in a few decades’ time.

And it wasn’t written in the hope of getting a new job, but of landing the perfect home.

Namely a four-bedroom Georgian cottage in a desirable Hampshire village, with centuries-old beams in almost every room, a lovingly tended garden and an established asparagus bed to die for. 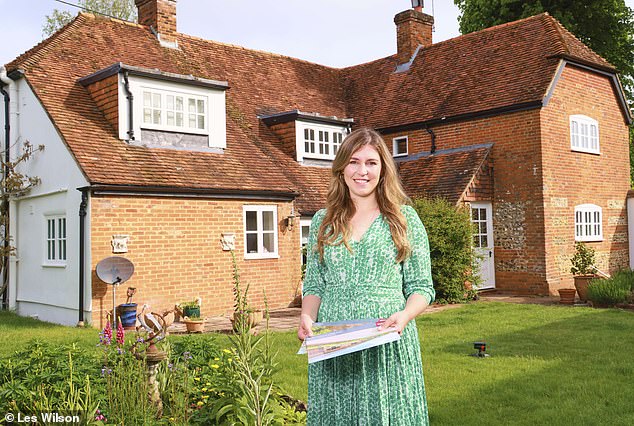 It would be hard to imagine a greater contrast from our new-build South London flat, which had been undeniably ‘compact’ when my boyfriend and I moved in five years earlier and was overflowing now we were married with a three-month-old baby.

We were typical of the ‘desperate buyers’ who, it’s reported this week, are writing CVs to sell themselves to homeowners.

Competition for houses has reached an intensity that must have estate agents chortling with glee as they roll in over-asking-price offers. As the experts put it, buyers will do anything to ‘stand out’ given the ‘huge imbalance’ between them and sellers.

Once, it was only houses for sale that had glossy prospectuses to flip through, comparing square footage, bathrooms and distance from the train station. Now buyers, too, humbly submit their credentials for owners to pick and choose between.

In some New York apartment buildings, this is taken to extremes. Buyers put forward a lengthy application, sometimes including a background check, and have to be approved by a board of their soon-to-be neighbours. There’s a formal interview, and you can be rejected at any stage, with no explanation.

While it’s a relief we haven’t quite reached that stage in Britain, experts say the market is ‘getting a lot more personal’. Apparently, some buyers are even promising they will become involved with village life, or send their children to the local school, in order to render themselves more appealing to vendors.

Rank amateurs! I covered all that in the first few lines. Then I moved on to why we’d be ideal custodians for the house, prepared to cosset its traditional lime-­plaster walls through damp winters and pour resources into maintaining a Grade II listed property.

I admit writing letters puffing yourself up is more than a little undignified. But my husband and I had spent a year trying to sell our flat and were starting to doubt we’d emerge from the rabid postpandemic housing market with our sanity intact.

Like absolutely everyone else, we dreamed of moving to somewhere commutable in the country. 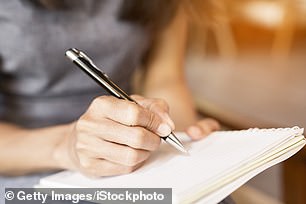 Research suggests that the process of buying a house is becoming a lot more personal, with some buyers promising to become involved in village life

We watched as sought-after ‘­village houses’ came and went from property websites in days. We kept our flat pristine for viewings despite having a tiny baby, and spent weekends carting her across Hampshire, West ­Sussex and other places I, a London child, could not previously have located on a map.

Estate agents told us lurid tales of couples who’d failed to bag a home in the village they wanted, so spent years renting nearby, waiting for their moment to pounce.

A homeowner friend recently had a speculative ‘house CV’ posted through her door. The writer described his career as an illustrator, his love of the area, and why he hoped she’d consider selling up. Another friend told a seller how much she loved their decorating style.

Yet another sent a handwritten letter, explaining this property was her dream house but she just couldn’t afford to offer any more than the asking price. She was convinced it was this that clinched her purchase.

Then came the miracle. We got a serious offer on our flat; and the perfect house came on the market. We saw it the first day it was available — along with eight other wouldbe buyers — and fell hopelessly, headlong in love with the cosy kitchen, the huge open fireplace, and the tiny alcove that could almost be called a boot room.

‘There’s no wine cellar, unfortunately,’ said an estate agent clearly not Down From Town. ‘But thank goodness, the owner will be leaving the wine fridge.’

We put in an offer, but weren’t the only ones. So we sat down to write a dynamite cover letter.

I’d written a ‘house CV’ before, when we bought our London flat. That time, we found ourselves in a bidding war as unproven firsttime buyers. 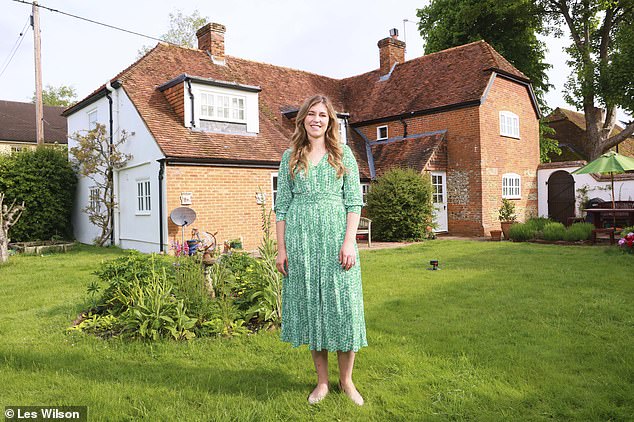 In her letter Josephine described herself as a motivated worker, a caring and friendly neighbour, and a new mother determined to do the best she could for her family. This is the home that she wants to be her family’s home

We knew our competition had outbid us by £5,000. It was my husband — a consummate planner — who had the idea of stating our case in writing. We did check this plan with our estate agent, who said it was ‘unconventional’ but couldn’t hurt. The flat was brand new, so we were buying from the block’s freeholder. Our ‘CV’ emphasised our steady jobs, and how responsible we were — not the types to host noisy parties. We assumed we didn’t have a hope, yet we were chosen.

So when it came to making a pitch for our dream home, I didn’t hold back. This time, we wrote how we loved the village and saw ourselves embedded in the community. How we wanted our daughter to walk to school along the footpath.

We said we’d like to meet the seller, should our offer be accepted, to talk about how to take care of his home. The thing is, it was — and is — all absolutely true.

I came over embarrassingly misty-eyed, picturing this future for our little girl. And now, as I look out at our glorious garden, I’m more than a little emotional again. I don’t know what the other would-be buyers wrote in their letters, or if they wrote at all.

I don’t know how much they offered, although the estate agent’s crestfallen face when we told him our final figure did suggest we had been outbid. All I know is we got the call, a few days later, saying we had been successful.

Selling a family home is an emotional process. You’re saying goodbye to years of memories, worn deep into its bricks and mortar. Of course, you want it to go to someone who’s potty about it, even if it drives them to write you desperate little notes.

The system is, sadly, open to exploitation. One friend told me his parents sold their house at lower than market value to a nice young couple who spun them a story about how they longed to settle down. Months later, the buyers added a monster extension. Then it went back on the market at a vastly inflated price.

I hope our home’s former owner knows how much we love it, and how deeply grateful we are.

We did get to meet him. After talking us through the basics (oil tanks, cleaning gutters and keeping in with tradespeople) he casually asked if either of us might be interested in joining the village choir, of which he was a member.

Naturally, we both signed up; we’re loving every minute. At our first practice, one of our wonderful new neighbours remarked: ‘I hear that joining the choir was a condition of sale!’

It wasn’t too far from the truth.

Now, when the talk at dinner parties turns to house hunting, I urge friends to give the letterwriting method a go. So far, it’s helped one couple buy an Oxfordshire barn conversion, while another friend landed a flat in London’s trendy Hoxton.

I can’t say for certain that my love letter to our house was what tipped the balance in our favour. But I will say this: if you’ve found your dream home, you’d be a fool not to shout it from the rooftops.