WALKERS has launched brand new, Flamin' Hot crisps which are so spicy they're actually red.

Available now in selected stores, the spicy crisps are made with beetroot, fiery chilli flakes and paprika extract. 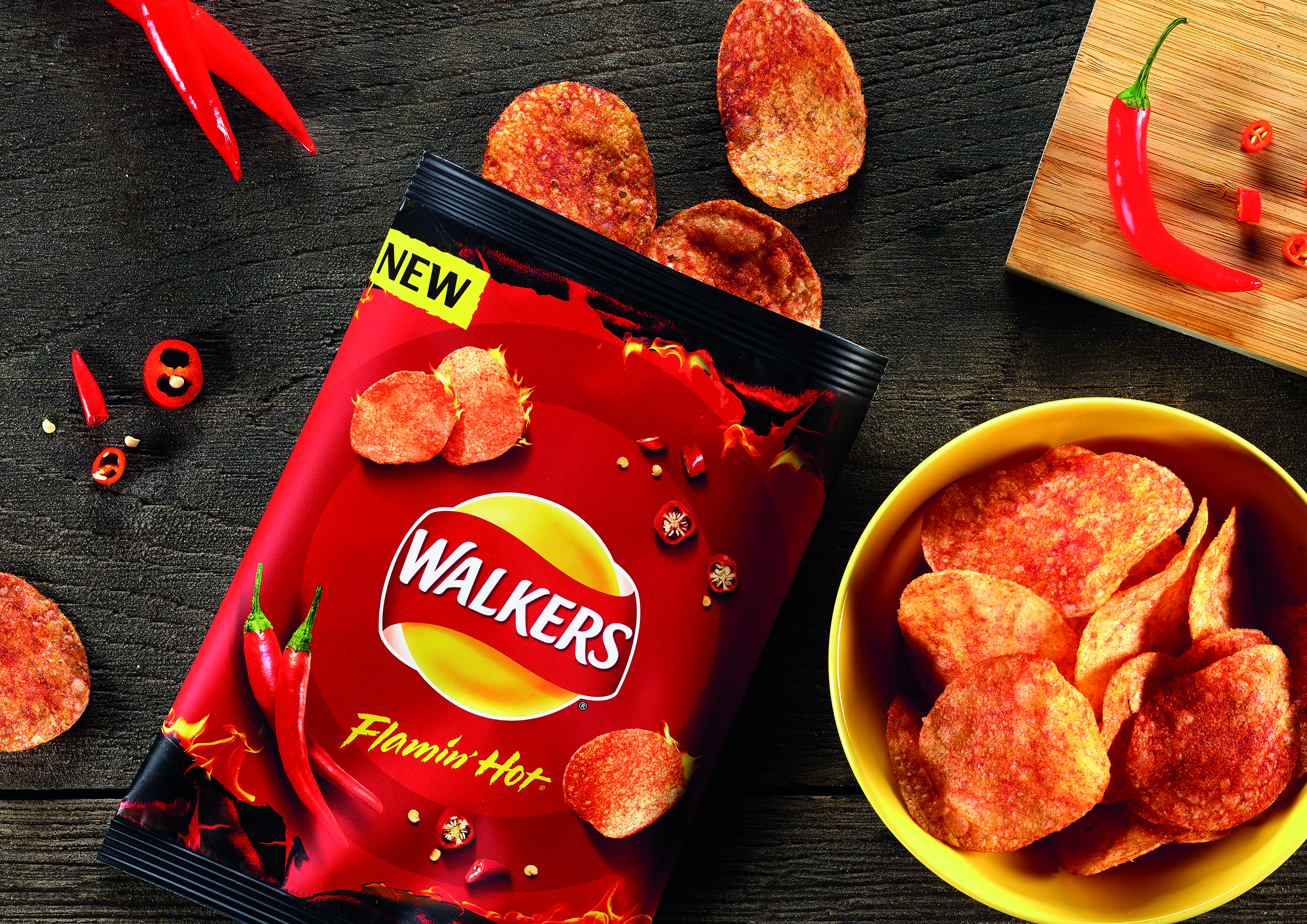 Walkers claims that this combination makes the crisps an ideal level of heat whilst also creating a naturally vivid shade of red.

Suitable for vegetarians, the hot new flavour can be bought in grab bags, sharing packs and multipacks from retailers nationwide.

Prices will vary depending on your supermarket of choice – with multipacks priced at £1.65 RRP for a multipack of six 25g bags.

The Recommended Retail Price for 45g ‘Grab Bags’ is 85p while a 65g sharing pack is priced at £1.

Supermarkets offering the new flavours include Tesco, Asda, Sainsbury’s, Morrisons and Co-op, but as the crisps have just launched you may need to shop around to find them on shelves.

This isn't the first time that Walkers has tried its hand at Flamin' Hot – last year the manufacturer started selling Wotsits in the same flavour.

It says it is launching the new crisps now due to a spike in demand for spicy varieties. Data from Nielsen shows that Spicy is the fastest-growing flavour in the UK within savoury snacks.

Meanwhile, the Co-op has embraced spicy and is now selling kebab and katsu curry flavoured crisps.

And if that's not enough crisps – Ben and Jerry’s new ice cream flavour has crisps in it too.