British arline Virgin Atlantic announced that tattooed employees no longer have to cover up their ink while in uniform.

All employees, including customer-facing crew, will be able to "show off their ink to the world, while still representing Virgin Atlantic in their uniform," according to the carrier.

Estelle Hollingsworth, Virgin Atlantic's chief people officer, said the carrier is relaxing its tattoo policy as part of its latest campaign, "see the world differently," which celebrates "the uniqueness of its people and customers." 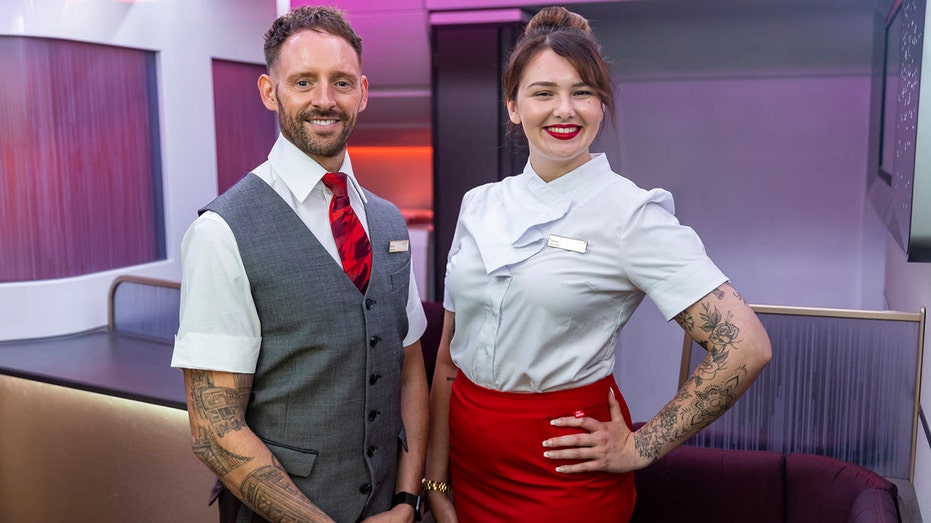 "Many people use tattoos to express their unique identities and our customer-facing and uniformed colleagues should not be excluded from doing so if they choose," Hollingsworth said. "That's why, in line with our focus on inclusion and championing individuality, we're relaxing our tattoo restrictions for all our people."

Hollingsworth added that the carrier wants "everyone to be themselves and know that they belong."

The company touted that it's the first U.K. carrier to allow visible tattoos. In the U.S., United Airlines announced last year that customer-facing uniformed employees are allowed to have visible tattoos, wear their hair down and wear nail polish and "natural-looking makeup."