Viewers were blown away by Davina McCall’s ‘phenomenal’ documentary about the impact that the menopause has on women’s brains.

The presenter’s latest Channel 4 programme, Sex, Mind and the Menopause, explores how menopause can affect the mind and the role of hormone therapy in easing symptoms including brain fog and memory loss.

Davina, 54, opened up about her own ‘horrific’ experience with brain fog, as well as hearing from a woman who believed she was developing early onset dementia during the perimenopause.

She spoke with neuroscientists Dr Lisa Mosconi and Dr Roberta Brinton who say women should begin taking HRT at the age hormone levels decrease, because their brains will eventually become more unreceptive to therapy.

Viewers were astonished by the findings of the documentary, hailing it a must-watch for both men and women and praising the host for her ‘amazing informative programme’. 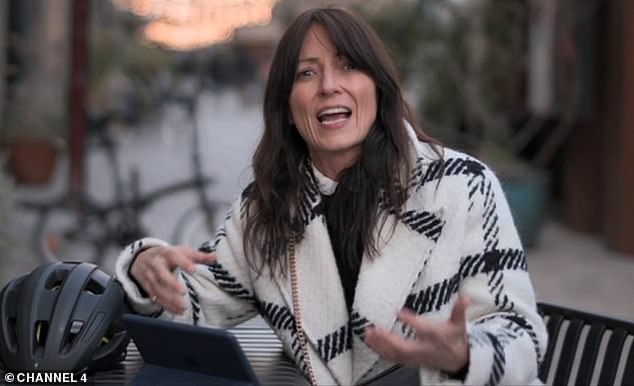 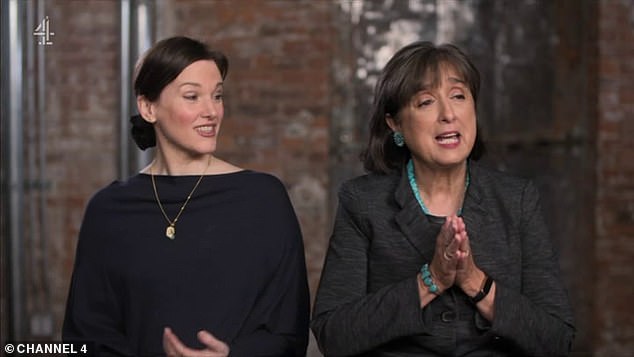 She spoke with neuroscientists Dr Lisa Mosconi and Dr Roberta Brinton who say women should begin taking HRT at the age hormone levels decrease, because their brain will eventually become more unreceptive to therapy

The documentary featured shocking statistics from a Channel 4 survey revealing that of the 4,000 45-55-year-olds asked, seventy per cent reported suffering from brain fog.

Almost half said menopause symptoms affected their ability to do their job while nearly 85 per cent said there was nobody in the workplace to turn to about their problems. One in 10 had quit their job as a result.

Speaking on her own experiences with brain fog, Davina said: ‘Brain fog is horrific. When I had it, I couldn’t read autocues, something weird happened to my eyes, I couldn’t read celebrities’ names.

‘I seriously thought I was going to have to give up presenting and when I was asked if I was okay I said “yes”.

Viewers were astonished by the findings of the documentary, hailing it a must watch for both men and women and praising the host for her ‘amazing informative programme’

‘I was so full of shame about what was going on. I just couldn’t talk to people and it breaks my heart that ten years later women are still struggling, still ashamed of something that is completely natural.’

The presenter chatted with Paula Fry, a high-flying City executive who feared she was developing dementia when she began going through perimenopause in her early 40s.

‘My symptoms I can pin back to when I was about 43,’ she said. ‘I went to a big tech firm had a lot to learn, a great job and I couldn’t remember what I was doing. I thought I had early onset dementia. 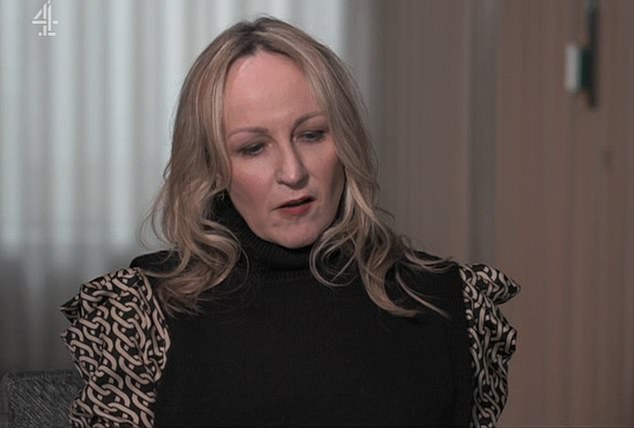 The presenter chatter with Paula Fry, a high-flying City executive who feared she was developing dementia when she began going through perimenopause in her early 40s

‘I spent a lot of time worrying and masking it, I had heavy bleeding quite a bit of pain every month. I had three pairs of pants on.

‘I’ve been in meetings where I might be the only woman in a room full of ten men and I have to stand up and finish a pitch and shake hands with a load of people and I’m grimacing inside thinking, “Check the chair. Can I shuffle out if that happens?”.’

When asked whether she ever shared any of her problems with her workplace, she said: ‘Never, never once.’

What is HRT and why are women struggling to get it in the UK?

How does HRT work?

Hormone replacement therapy eases symptoms including brain fog, disturbed sleep and hot flushes by replacing hormones that are at a lower level as women approach the menopause. HRT can come in the form of patches, tablets or gels which are available on prescription through the NHS.

How much does it cost?

A single NHS prescription charge costs £9.35, or £18.70 if a woman needs two types of hormones. This is often provided on a short-term basis, meaning regular payments – once a month, or every three. The Government has pledged to make annual prescriptions available, but this won’t be implemented until next April. Many have now resorted to buying HRT for up to eight times the NHS price online.

Why is there a crisis?

NHS England data shows that prescriptions for HRT have more than doubled in five years following an increase in campaigning and media coverage. Besins Healthcare – which makes Oestrogel, used by 30,000 women in the UK – has expressed ‘regrets’ that ‘extraordinary demand’ has led to shortages. Other products have been affected as women switch to alternatives.

‘The brain fog got me was the most debilitating thing about menopause. I just thought ‘I’m not clever enough to do this job, i’ve lost it’. I forgot names and I’d be looking at someone and the name is gone.’

The documentary saw Davina meet with Dr Mosconi and Dr Brinton, who have spent decades researching how women’s brands change as their oestrogen levels decrease.

‘As a society we associate menopause with the function of the ovaries, but when when women say they have the hot flushes, the night sweats, the insomnia, the anxiety, depression, brain fog – those symptoms don’t start in the ovaries. Those symptoms start in the brain’, explained Dr Mosconi.

Their research showed HRT is far more beneficial at the onset of a woman’s perimenopause – when their hormone levels begin to drop – because that is when their brains begin to change, and ten years later their brain won’t be as responsive to therapy.

‘Menopause is like a renovation project on the brain,’ said Dr Brinton. ‘A restructuring a rewiring.

‘The brain is very clearly telling you: “I am under stress, I am in distress”. The idea we can just suck it up is actually deleterious to women’s longterm health.

‘The use of oestrogen and hormone therapy at the time of menopausal symptoms [is crucial] – not ten not 15 years later, the brain has already changed and it’s no longer going to be responsive to oestrogen therapy’.

Viewers were fascinated by their findings, with one writing: ‘@ThisisDavina another fantastic documentary. Well done to everyone making waves Those two ladies highlighting the changes in the brain blew me away. Don’t let this be the last one please.’

‘Thank you for your amazing informative programme last night’, said another. ‘Every woman has the right to have a normal happy healthy life through the menopause and after. Made me cry as I’m going through this atm. Hubbie watched with me and it made him understand.’

‘Everyone, I mean everyone, should watch the #DavinaMenopause programme. So eye opening, we really, as a society, need to be far more supportive of those going through menopause’, said another.

‘What a programme! Thank you Davina….this programme has brought me and lots of other women solace knowing we are not alone!’, said another.