‘Love the alternative pronunciation!’ University Challenge contestant, whose surname is Mackeral, amuses viewers of the BBC2 quiz – after she introduces herself as ‘McCarroll’

An Art student from Liverpool surprised University Challenge viewers in the latest episode of the BBC2 quiz, over the way she pronounced her name.

Lizzie Mackarel, who’s studying 20th century Russian Art and was part of the team from the Courtauld Institute of Art, sparked a flurry of tweets after she pronounced her name ‘McCarroll’ not mackerel – like the fish – as many had anticipated.

The moment, early on in the second round match between Courtauld and Scottish university Robert Gordon, saw Twitter users quickly sharing their experiences of other people pronouncing names in ‘alternative’ ways to what they’d expected.

One recounted how they’d once attended a course with a person who had the surname ‘O’nion’, while others remembered Patricia Routledge’s Hyacinth Bucket – pronounced ‘Bouquet’ in the 90s BBC comedy series Keeping Up Appearances. 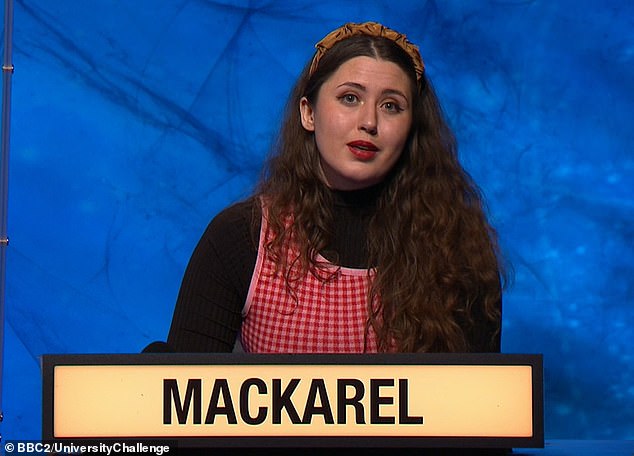 Liverpool student Lizzie Mackarel, who’s studying in London at the Courtauld Institute of Art appeared on University Challenge on Monday evening – but some were left surprised by the pronunciation of her name

@rcuffy reminicsed: ‘I remember a Doreen who insisted the correct pronunciation was Dreen.’ 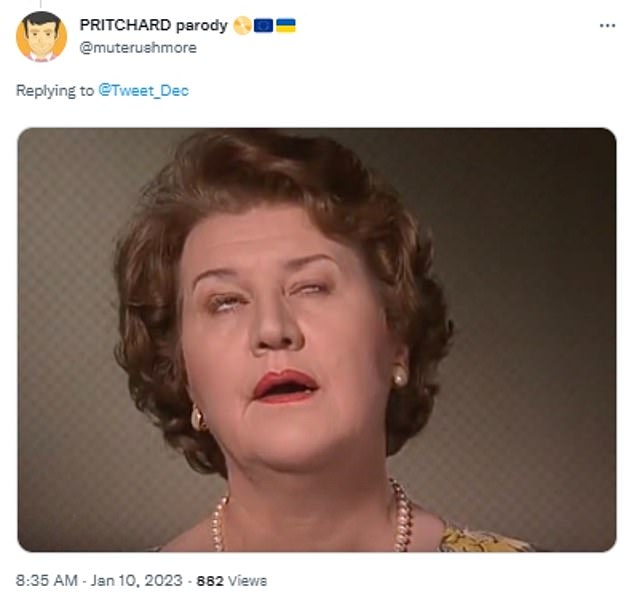 The amusement quickly began on social media, with one praising the unusual pronouncement. @rozlaws wrote: ‘The Courtauld team are very stylish, naturally. Love the alternative pronunciation of Mackarel.’ 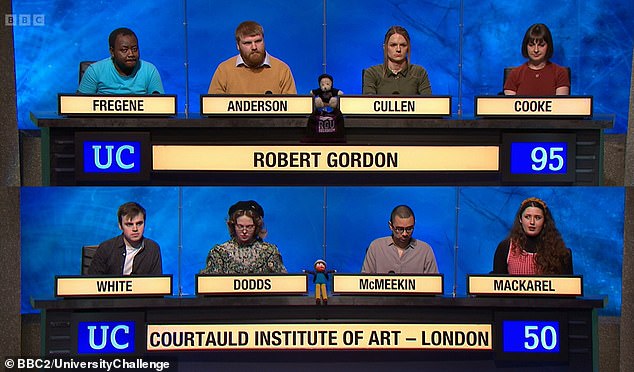 The London Art university were overcome by their counterparts from Aberdeen, Robert Gordon, with the final score 180 to 75 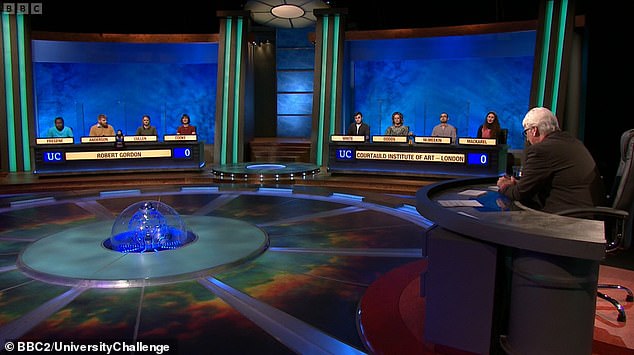 The match didn’t go Courtauld’s way, with the London Art university overcome by their counterparts from Aberdeen, with the final score 180 to 75.

This is the final series that fans of the show will sees Jeremy Paxman at the helm; the presenter is to leave after 28 years, the BBC announced last summer – ending his reign as the longest-serving current quizmaster on UK TV.

The 72-year-old, who was diagnosed with Parkinson’s disease last year, has presented the show since it was revived by the BBC in 1994.

What would YOU ban from society? People reveal the annoyances that ‘shouldn’t be allowed’ – from clothes sizes that are different in every shop to dogs off the lead and inheritance tax

Meghan’s VERY quirky birth stories – from Nando’s takeaway, to a framed photo of Diana in the delivery room and Sanskrit music

Camilla ‘has been left astounded’ by Prince Harry’s comments – as sources say the Duke is ‘on a path of self destruction’ and ‘fails to see the irony in his behaviour’, royal editor claims