Having made an incendiary film about toxic masculinity in Promising Young Woman, British director Emerald Fennell seems stunned to hear how often sexual assault has been in the news in Australia this week.

“It’s unbelievably frightening how prevalent this is and how far we still have to go with this stuff,” she says. “And it’s completely and utterly mad to still focus on the victims of the crime rather than the perpetrators.” 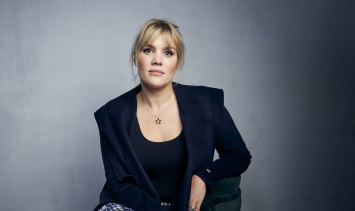 “There’s no other crime where we foist the responsibility onto the victim”: Emerald Fennell, writer-director of Promising Young Woman. Credit:AP

Fennell is upset to learn that Prime Minister Scott Morrison has stood by Attorney-General Christian Porter after his vehement denial of an historical sexual assault (“just taking someone’s word for it … is truly callous”) and that the country’s top military officer, General Angus Campbell, told new recruits not to make themselves prey to sexual predators by being out “alone” and “attractive” after midnight.

“There’s a serious endemic lack of empathy when it comes to women particularly but victims in general,” she says. “That’s the only way I could possibly begin to explain why you would suggest that a woman be less attractive.

“Apart from anything else, if you’ve lived as a woman in the world for five minutes, you’ll know that there’s nothing you can do. You are vulnerable all the time.”

Fennell is speaking from England after hearing that the Australian Academy of Cinema and Television Arts has named Promising Young Woman best film at its 10th international awards. Its star, Carey Mulligan, won best actress in film. 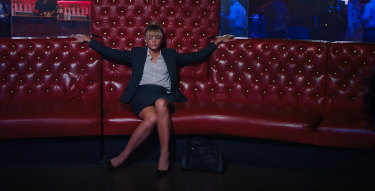 Just as at the Golden Globes this week, best director went Chloe Zhao for Nomadland and the late Chadwick Boseman won best actor in film for Ma Rainey’s Black Bottom.

With the usual ceremony in Los Angeles cancelled because of the pandemic, the awards were announced on Saturday.

“It’s just so amazing,” Fennell said of winning best film. “The distance makes it even more incredible because you can’t really imagine something that you’ve made reaching that far – so I’m extra thrilled.”

She was one of three women up for best director at the Golden Globes – alongside Zhao for Nomadland and Regina King for One Night In Miami – and they are also in contention for Oscar nominations in just over a week.

“To be in the same category as them is so amazing but I really hope this is only the beginning,” Fennell says. “That this won’t be something that will be so remarkable in the future.”

The writer and executive producer of the series Killing Eve, who also plays Camilla Parker Bowles in The Crown, has become something of a spokeswoman on toxic masculinity as the acclaim has grown for her feminist revenge thriller.

She hopes this is now a watershed moment for thinking about sexual assault.

“I really hope so,” she says. “There’s no other crime where we foist the responsibility onto the victim. It’s ridiculous and it’s completely unacceptable.