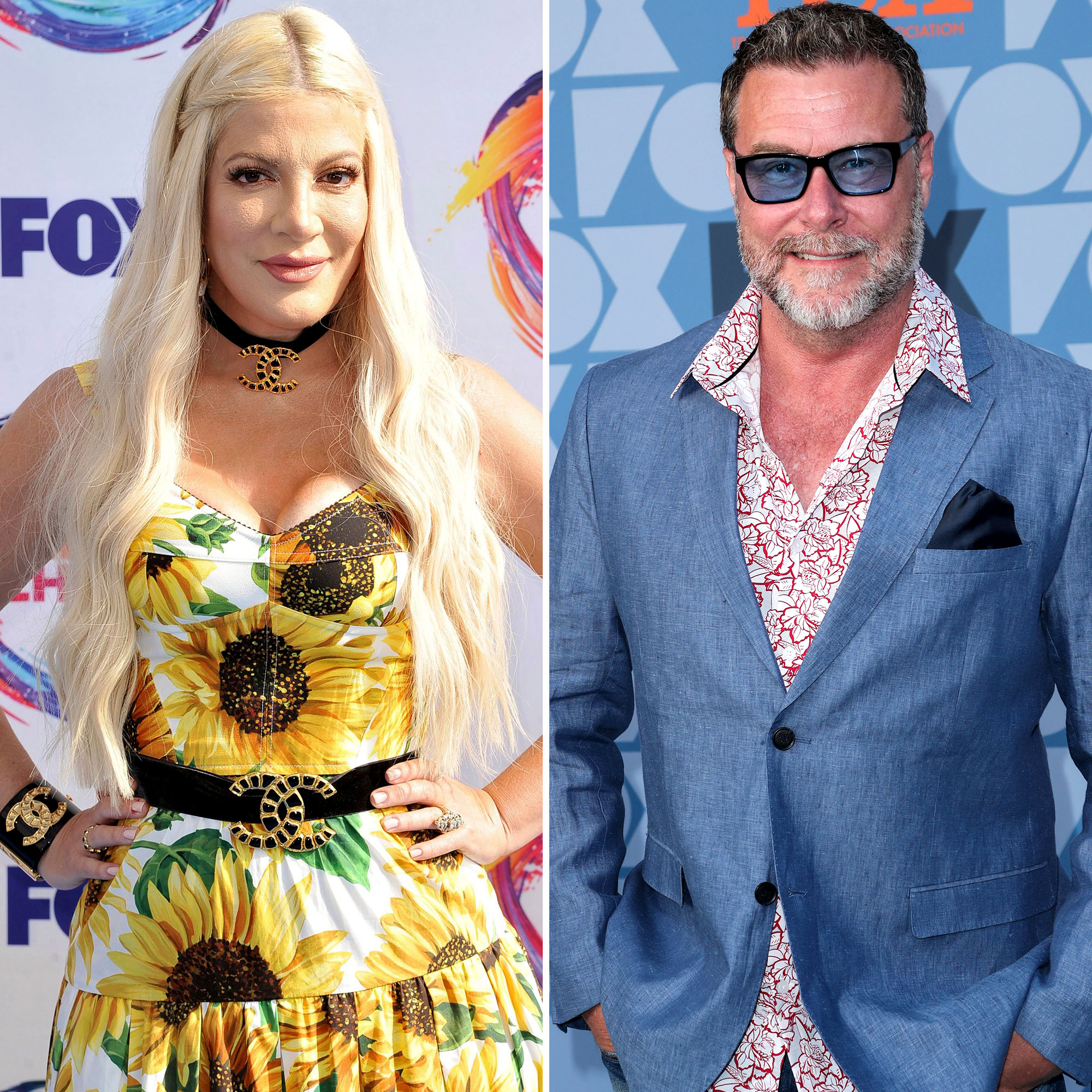 Making nice for the holidays. Tori Spelling and Dean McDermott are expected to celebrate the holidays together, but friends don’t think they will stay together after that, an insider exclusively tells Us Weekly.

Though “they really are trying to celebrate the holidays as a family and put aside their differences,” the source tells Us that her “friends think divorce can happen early in the new year.”

Spelling, 48, and McDermott, 55, were spotted dining with their kids in a Los Angeles restaurant over Thanksgiving weekend. The family outing came after weeks of split speculation.

The Canada native was left out of Spelling’s many sponsored, holiday-inspired Instagram posts, including a family photo on a Christmas card that read, “Tori and family,” and a picture of the family’s stockings.

The Beverly Hills, 90210 alum later clarified that her husband, who she married in 2006, was shooting a movie in Canada when the family photo was taken.

“They’re still figuring things out,” the insider tells Us of the parents of six, who share Liam, 14, Stella, 13, Hattie, 9, Finn, 8, and Beau, 4. “She certainly puts on a front at times and has yet to share details of what her plans are.”

The holiday tension comes after months of divorce rumors. The sTORI Telling author first raised eyebrows when she revealed that they weren’t sharing a bed in June. Shortly after, McDermott was spotted without his wedding ring — which he later said was simply lost during a round of golf.

In October, split speculation reignited when Spelling was photographed outside an attorney’s office with documents that read “assets,” “support” and “custody.” Multiple sources have alleged to Us that Spelling wants a divorce.

After enjoying Thanksgiving together, they started celebrating Hanukkah together and plan to enjoy Christmas and the New Year with their kids in the coming weeks.

“Tori and Dean have a lot of heated arguments and good and bad days but they’re still there for their children and most importantly want their kids to be happy,” the source added. “The divorce can still happen but right now, the understanding is they’re trying to just get through the rest of the year as one unit.”