Same ol’ situation! Hours before Tommy Lee posted that NSFW photo on social media on Thursday, August 11, the legendary drummer teased he was living it up while back on the road with Mötley Crüe.

Tommy Lee and Pamela Anderson: A Timeline of Their Rocky Romance

The lead of The Retaliators, Lombardi, portrays John Bishop, a pastor who discovers a twisted underworld while searching for answers surrounding his daughter’s murder. “Ultimately, it’s a story about revenge,” the Rescue Me alum, 45, told Us on Wednesday, August 10. “It teeters on that provocative question of, if you’ve had a minute alone with the person who hurt your loved one, would you take it?” 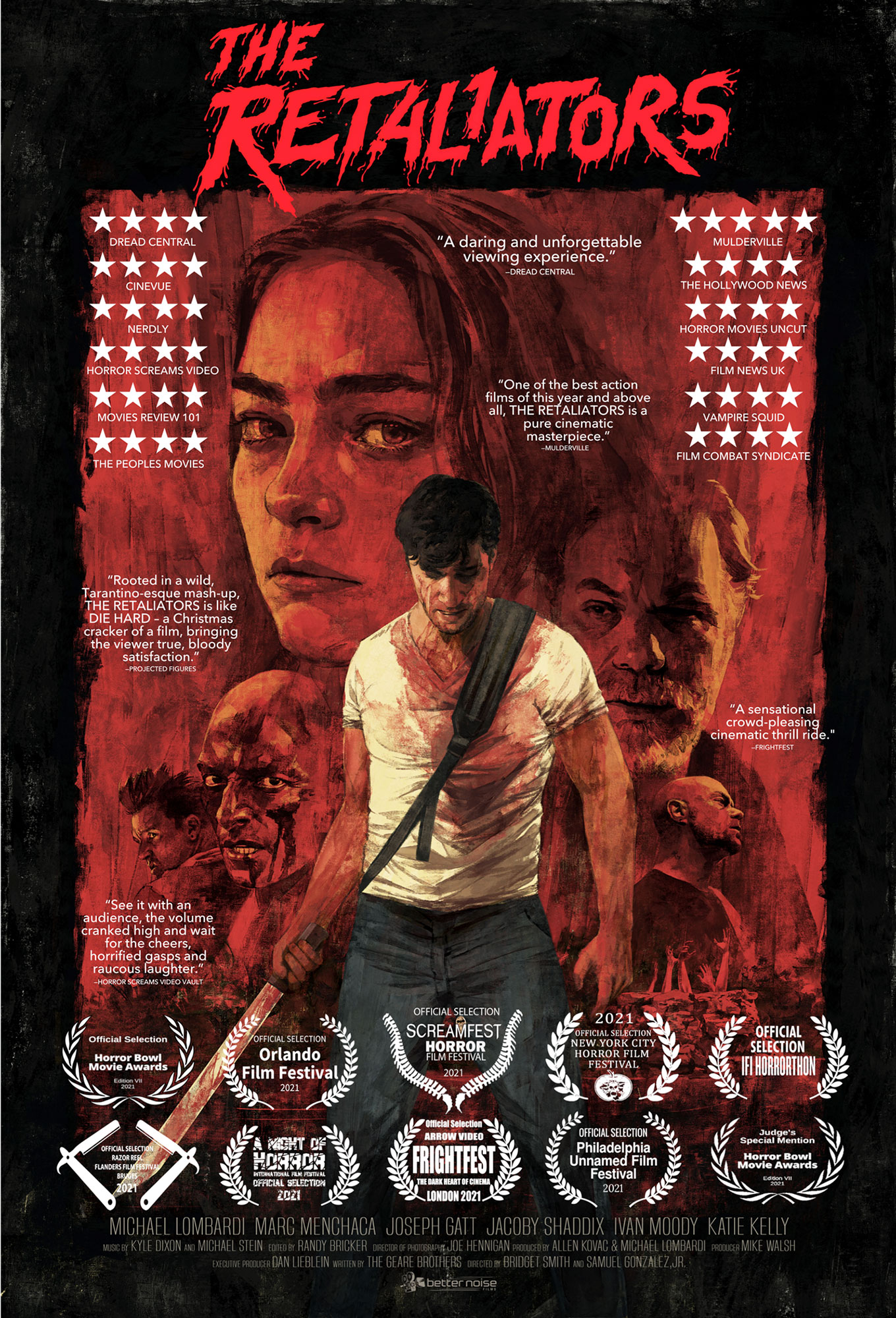 Lee, 59, has a cameo in the film as a strip club DJ — which, according to him, isn’t too far of a stretch. “I’ve been a DJ for a long time and, you know, back in the day, I’ve definitely spent several minutes in strip clubs,” he said, laughing. “So when they asked me to be a part of [the film], it was just a no-brainer.”

Pamela Anderson, Tommy Lee’s Pics With Sons Brandon and Dylan Over the Years

Sixx — who, along with Lee, vocalist Vince Neil and guitarist Mick Mars founded Motley Crue four decades ago — co-wrote the film’s theme song, “21 Bullets” with Sixx: AM’s James Michael. The music video for the song — which features Asking Alexandria, Ice Nine Kills and From Ashes To New — has already racked up more than 70,000 views.

“Everything was done over Zoom, so no one was actually ever in a room together,” the bassist, 63, told Us, noting it was a “quick” and “easy” process. “I don’t think me or Tommy could even imagine making music like that 20 years ago.” 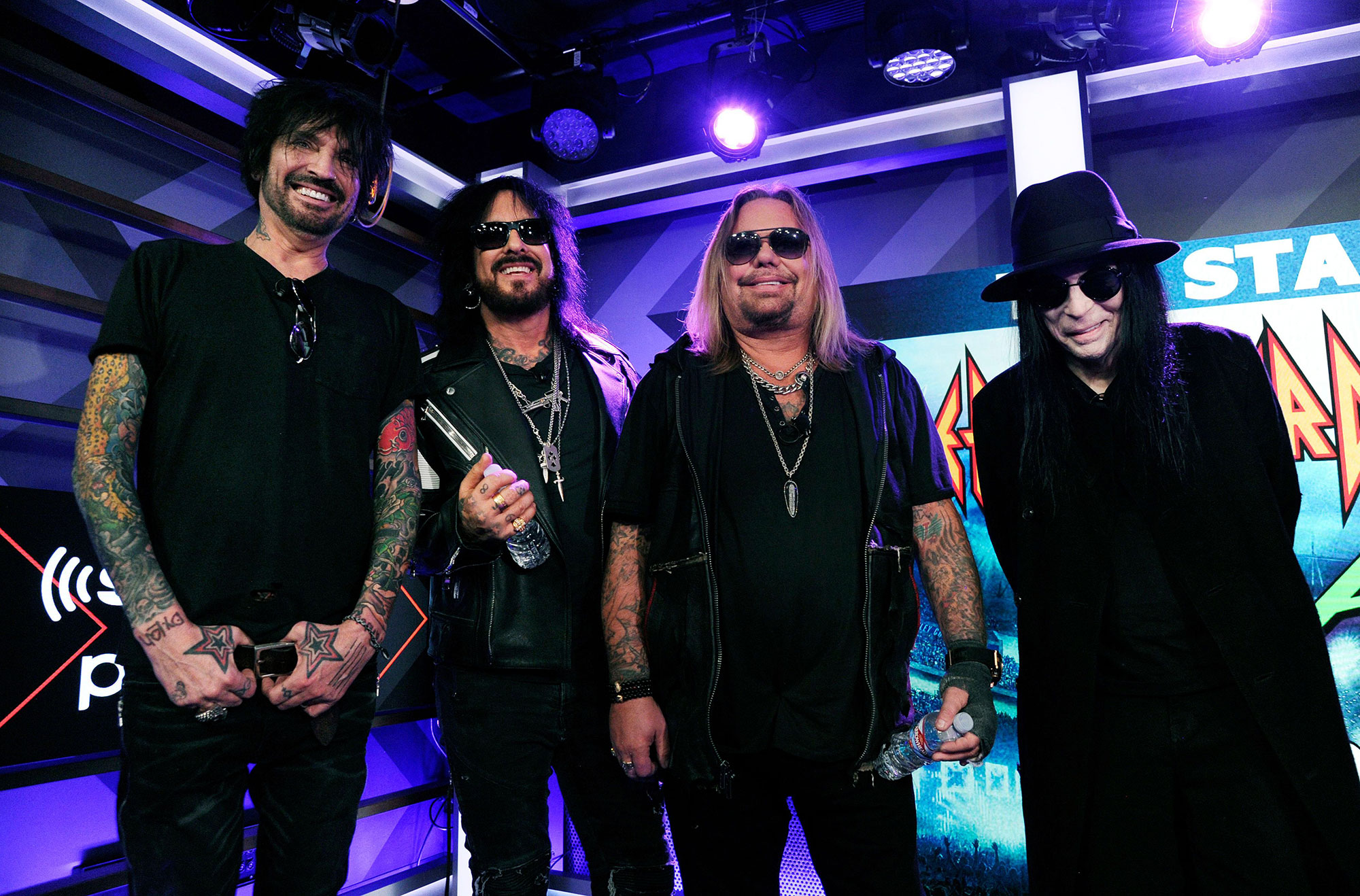 Lombardi couldn’t help but praise the rock stars for their contributions. “These guys, they’re storytellers. Tommy was so natural, and his performance is awesome,” he said. “Nikki watched the movie and just nailed it. They both banged right out of the park.”

Pam and Tommy’s Key Players: Where Are They Now?

Lee and Sixx also touched on touring with Mötley Crüe alongside Def Leppard, Poison and Joan Jett & the Blackhearts. “It’s insane out here, you would not believe what is happening,” Lee teased. “We’re basically having more fun than humans are allowed to have.”

He continued: “I can’t believe that we still get to do this. I don’t think you can name a band that has been around as long as us and is still able to do this [with] the original guys. It’s insane.”

Sixx is also enjoying life on the road, noting it’s “nice to be sharing this with the guys that we started it together in 1981,” adding: “It’s been really great.”

The Retaliators is set for a worldwide theatrical release on September 14.