Tom Brady is trying the quarterback sneak to social media.

The athlete seemingly attempted to use sweet snaps of his and Gisele Bündchen’s children to distract fans from a recent expletive-filled rant about the future of his football career.

The Tampa Bay Buccaneers player posted a video of daughter Vivian, 10, on Tuesday as she goofed around on his treadmill in pajamas before jumping onto his bed.

“In other news…the cutest roomie in the world 🌎❤️❤️ x infinity,” the 45-year-old captioned the Instagram Story footage.

Brady went on to shared a picture of Vivian and son Benjamin, 13, laughing and playing together. 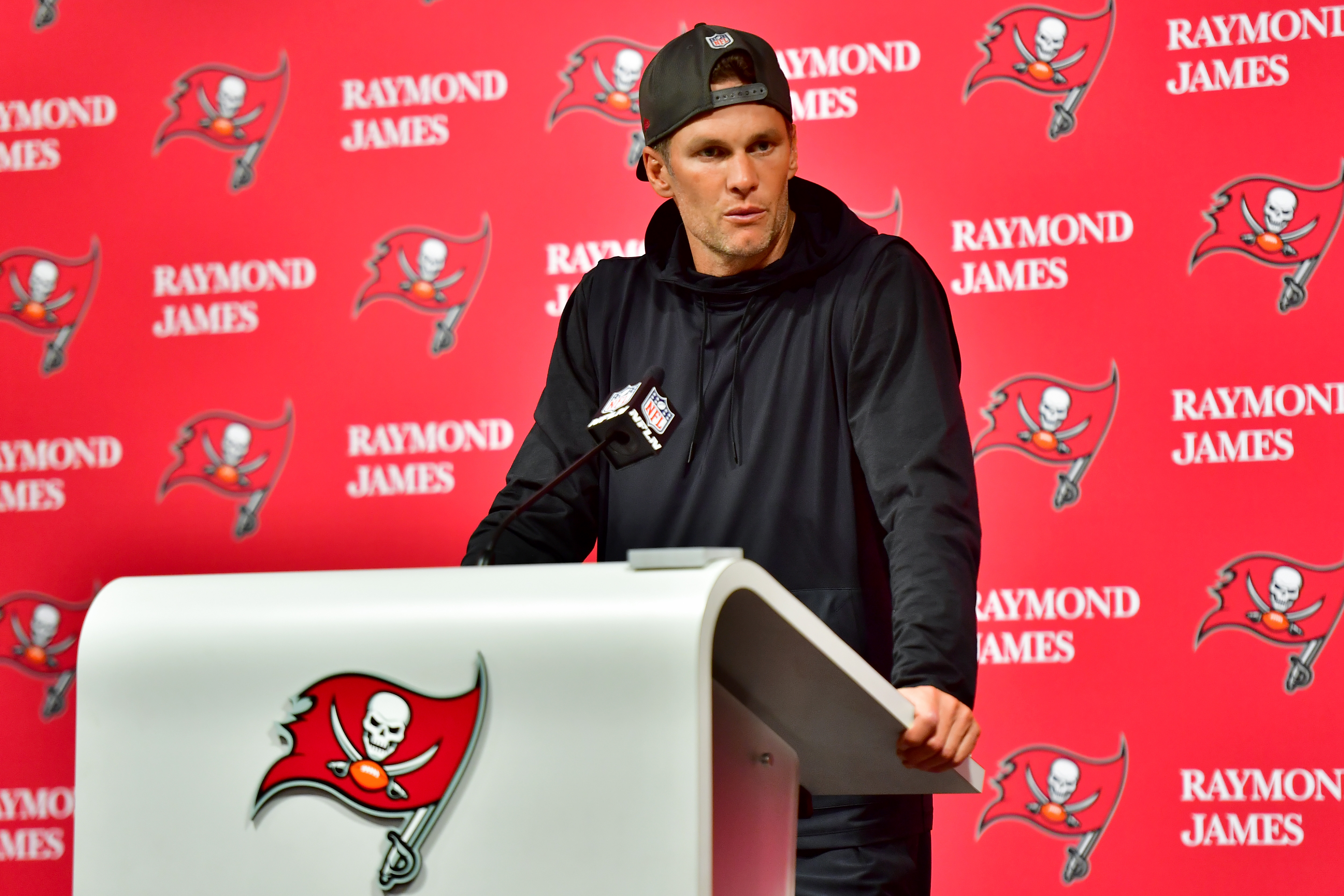 “And in other news…2 monkeys monkeying around 🙉🙊❤️❤️,” he wrote.

Brady’s son Jack, 15, whom he shares with ex-partner Bridget Moynahan, was not pictured in the uploads. 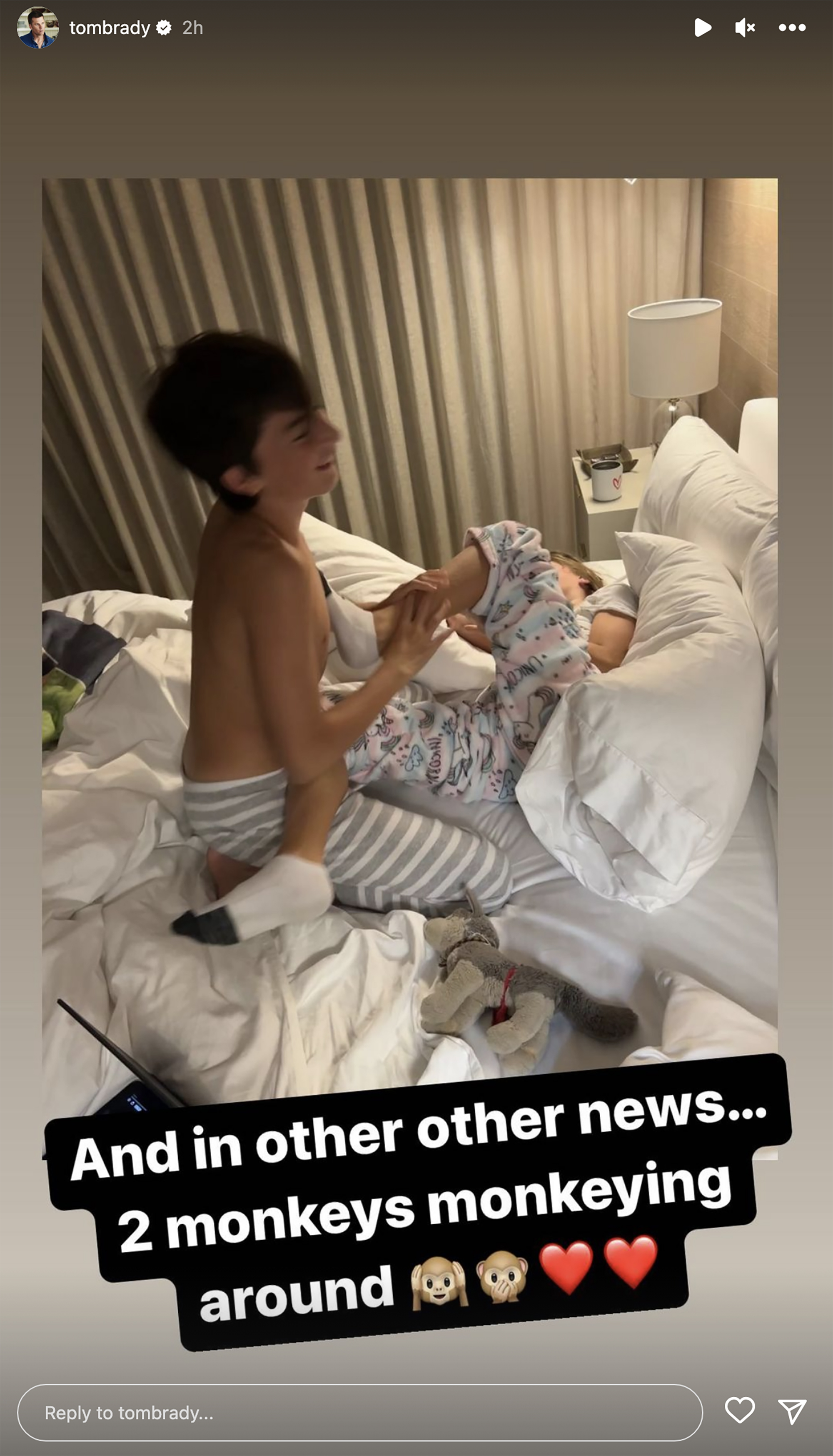 After adding, “I appreciate you asking,” he paused and thanked his co-host.

The former New England Patriots player, who is in his 23rd NFL season, briefly retired in February 2022 before announcing his return 40 days later — a choice that reportedly played a role in his split from Bündchen last year. 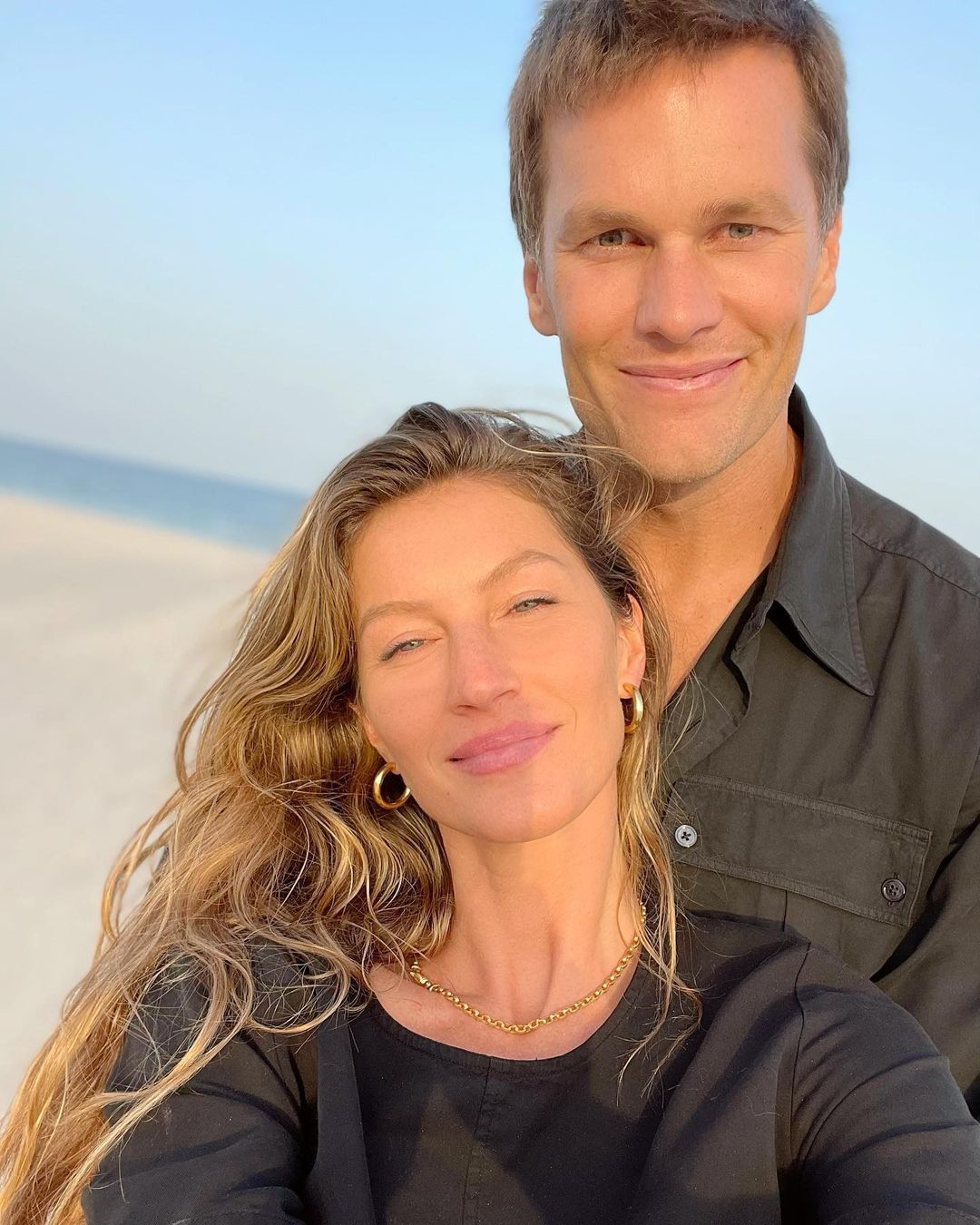 “We arrived at this decision amicably and with gratitude for the time spent together,” Brady wrote via Instagram at the time. “We are blessed with beautiful and wonderful children who will continue to be the center of our world.”

The co-parenting exes made headlines on Tuesday for separately touring an elite Miami private school for Benjamin and Vivian to attend.

Brady and Bündchen, 42, are both living in the Floridian city despite their breakup, with the supermodel living in an $11.5 million mansion opposite Brady’s compound.

The former Victoria’s Secret Angel and Brady were married for 13 years, tying the knot in 2009.