TikTok’s never-ending loop of short videos is known to many, but a hidden feature that promotes thousands of dollars being spent on streamers is only known to some – and could get bigger in Australia.

Welcome to the world of TikTok LIVE battles, where streamers fight, often imploring viewers for money – in the form of colourful virtual stickers.

Wait, how does this TikTok feature work?

While livestream donations aren’t new to the internet (see Twitch, a popular streaming platform for gamers), TikTok’s LIVE Match mode within its livestream feature turbocharges it – pitting two users against one another and declaring a victor based on who can draw the most paid ‘gifts’ in five minutes.

Curtin University Professor Crystal Abidin, founder of the TikTok Cultures Research Network, said battles (also known as ‘PKs’ or ‘player knockouts’) were in their infancy in Australia but had the potential to grow.

“You’re probably at the cusp of this maybe blowing up on this app,” she said.

When PKs first proliferated on Chinese livestreaming apps in 2016, Abidin said streamers often competed for gifts by performing an entertaining skill, such as rapping or dancing. But, she said TikTok battles had increasingly become “a less effortful and watered-down version of this” dominated by trash-talking and TikTokers hyping up their followers to donate.

“I have seen so much of TikTok [battles] where the entire five minutes are just them egging viewers on, pleading for a donation,” Abidin said. “So, that makes it interesting for studying because, on the one hand, you might think, ‘Hey, that’s mundane [and] not a lot of effort’. Yet on the other hand, there are still people supporting these livestreams and are happy to put their money behind these TikTok creators.”

Other TikTokers, such as Alexis Nicole, have called battles “the biggest scam on the internet”.

Although known for short videos, TikTok also has livestreaming, which users must be 18 and over to send gifts and go live on (plus streamers need at least 1000 followers). 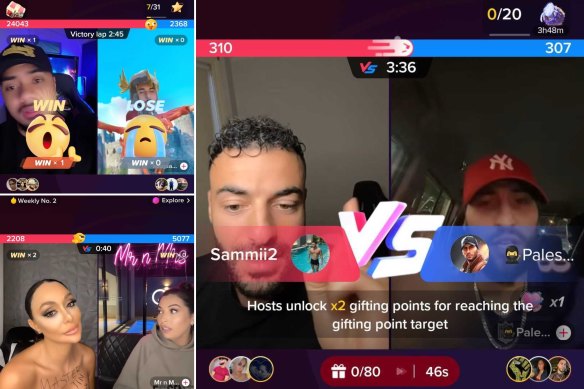 The company also wins, taking as much as 70 per cent of the monetary value of streamer ‘gifts’, according to a BBC report. TikTok declined to comment to this masthead about how much money it took, but told the BBC it took significantly less commission than reported (although it couldn’t provide an alternative figure).

Animated ‘gifts’ are purchased via ‘coins’ that users directly buy in the app. Some regular gifts cost less than five cents, while the most expensive option costs the equivalent of more than $1000 (or 41,999 virtual coins). Gifts donated to a streamer are then converted into ‘diamonds’, which a TikToker can redeem for cash. Weekly rankings then spotlight the highest diamond-earners.

So, who are popular Australian battlers?

TikToker Jenny Elhassan – aka Jenny is King – is one of the largest regular Australian TikTok streamers. Her main account has roughly 85,000 followers, and she told this masthead she receives thousands of dollars in gifts – although TikTok’s large commission meant she pocketed far less. 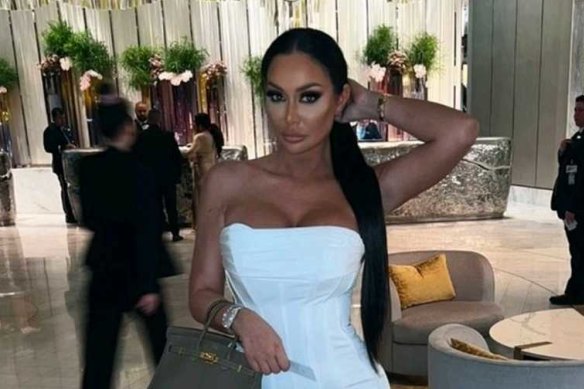 Elhassan, who lives in Sydney, started streaming more than a year ago and says she initially filmed herself for up to 18 hours a day – even occasionally while sleeping – to reach the top of the Australian rankings. She doesn’t constantly use the battle feature (gifting is possible during a regular TikTok stream), but said top Australian streamers with similarly large followings often battled among themselves to create competitive matches, thus incentivising gifting.

Asked why people gifted to her, Elhassan said: “I just think that they’re in a position where they can spend that type of money.”

“It’s like reality TV,” she said, regularly describing her followers as a “team”.

“They’ve been watching me every single day, for a whole year. Now it’s like an attachment to me.”

Other streamers at the top of Australia’s rankings as of Thursday include ASTROBOY (@astro_boyy__), LiTZ (@litz676), Sammii (@sammiizlive) and Mr n Mrs 2.0 (@mrnmrstt).

Elhassan said she often gifted others herself, but clashes with other creators meant Australian battles were at times “very toxic”. Last year, she was allegedly attacked with acid in Sydney’s CBD.

Why are some people throwing money at this?

Abidin, an expert on internet culture, said TikTok livestreams and battles were popular with a small few because it was an organic community that was otherwise populated by disparate and dispersed viewers, and with greater accessibility than often professional Twitch streams. 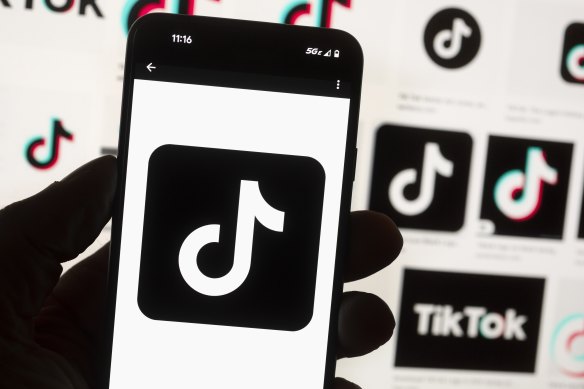 TikTok, owned by China’s ByteDance, has shaken up the social media industry in recent years.Credit:AP

“TikTok has come to be the antithesis to Instagram perfection,” she said. “Perfection saturation has fast become really boring, and TikTok promises to offer the gritty, the grotty, the less polished, the everyday minutia.”

“Watching these nobodies or super micro-influencers and creators battle, is akin to finding an unpolished gem.”

Abidin added the rush to buy gifts for a particular streamer to win a battle built a community unavailable TikTok’s rapidly changing “For You” feed, as it would be on other platforms, such as within Facebook groups.

She said player-knockouts were relatively new to global TikTok, with other international platforms with a more developed PK culture holding branded battles easily raking in $500,000.

“Most of the revenue going to these influencers is from clients who pay for product placements. And then any add-ons from all the other viewers, or the gifts, might go straight to the influencer as a bonus.”