A new study that will be published in the journal Gender and Society contains some startling revelations about exactly what kind of gender equality Americans believe in. While the vast majority reported believing in gender equality in the workplace and at home, data indicated that some Americans think women should do more housework and other traditionally domestic work than their male counterparts, according to The New York Times.

The study is based on the General Social Survey by NORC, a research group at the University of Chicago. More specifically, researches relied on data collected from 27,000 people between 1977 to 2016.

Almost 25 percent of respondents during this time reported that although they believed women should have equal opportunities in their careers and in political participation, home-life was a different story, according to the Times. That quarter of respondents reported believing that women should still take on more responsibility around the house, whether that be taking care of children or tending to general domestic tasks.

"This affirms for me that there are still these ways of thinking, and that actually have to continue to challenge the status norms in our society and break them down and come up with alternative solutions," Ms. Foundation president Teresa Younger tells Bustle. "And that’s not going to just happen. That can only happen when we are actually calling out where the disparities are, addressing issues around what policies are in place — and what systems are in place — and then work to make those changes happen." 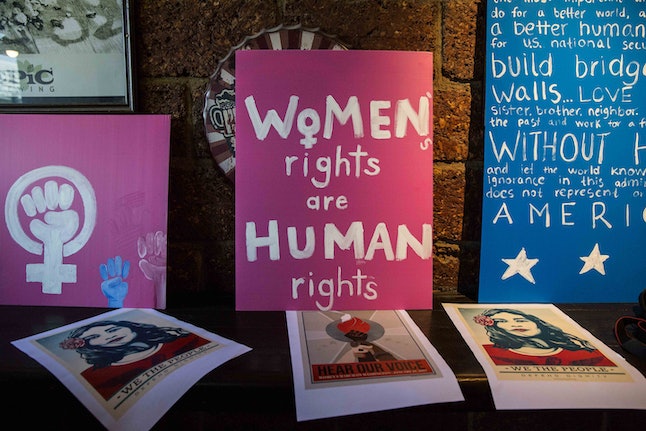 Notably, per the Times report, women were generally more likely to believe that equality should exist both at work and at home. People who held college degrees, African-Americans, and respondents from the Northeast tended to agree.

Younger says that shifting the expectations placed on women requires recognizing that there is an issue, examining what kind of policy initiatives are in place, and then analyzing how a patriarchal society functions. Then, she says, "we have to unlearn it and experiment with other options of what a holistic society would look like."

Vicki Shabo, Vice President of the workplace team the National Partnership for Women and Families, tells Bustle that gendered income disparity might also play a role. 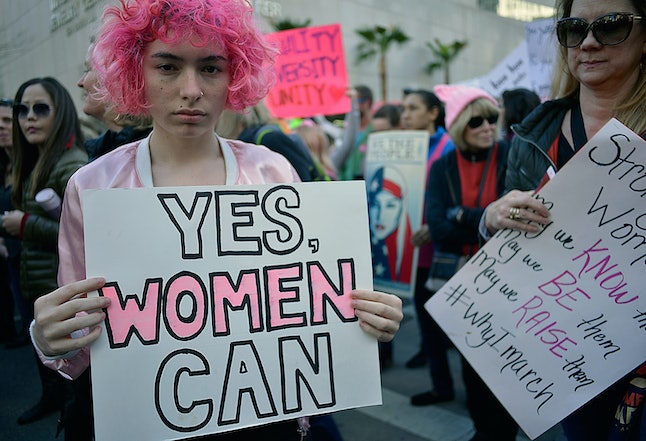 "Americans fall into a pernicious cycle when it comes to gender stereotypes," she says. "Families’ caregiving choices — which usually result in women providing care — are dictated by rational economics." She explains:

Younger tells Bustle that the reality is that, while progress has been made, there is still much work to do. And that, she suggests, may mean that a paradigm shift is long overdue.

"We haven’t changed from being a patriarchal society," Younger says. "As long as we, as society, have centered our entire existence around men, the assumption will always be that women should hold more in the home because it is the only thing that we are taught in terms of how that happened — in terms of what the variables will be."