People are only just finding out what there are holes in the back of extension leads, thanks to a viral TikTok hack.

While you would be forgiven for thinking they serve no purpose, the small holes can in fact be incredibly useful, because they can be used to fit the cords to a surface such as the edge of a desk.

British DIY TikToker @stusrestohut, who regularly posts about restoration projects and furniture flips, has shared a little known hack involving the holes in back of extension leads.

In a 60 second clip, he is seen using masking tape and marking out the holes.

He then attaches the extension lead to underneath a desk where it is tidy and out of sight. 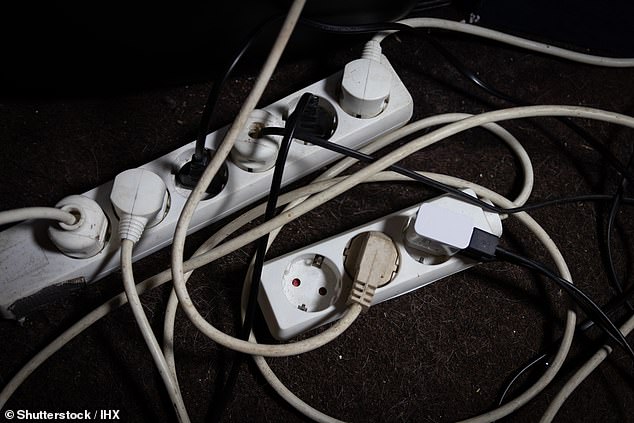 The video, called ‘How to fit an extension cable the easy way in less than 60 seconds’,  was posted by @stusrestohut.

Explaining how to cleverly store the messy extension cords, the TikToker recommended adding tape to the back of the panel.

He said: ‘Tape it, cut to shape and make the holes’.

The DIY fan, who says he fixes things for a living, then removed the tape, before sticking it to the place where he planned to fix the cord. 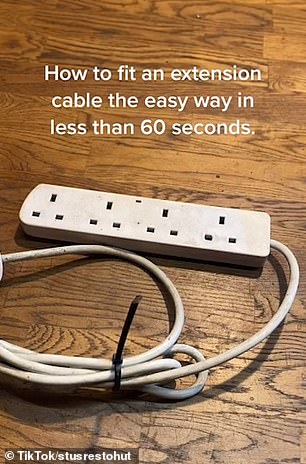 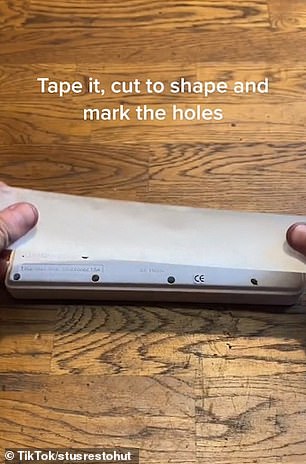 The DIY expert demonstrated putting masking tape on the back of the extension lead, then marking out the holes 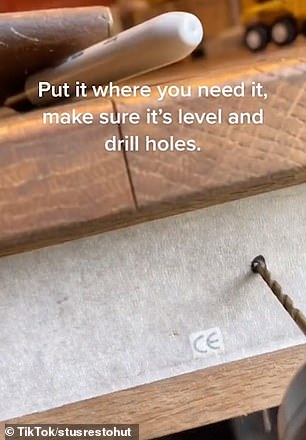 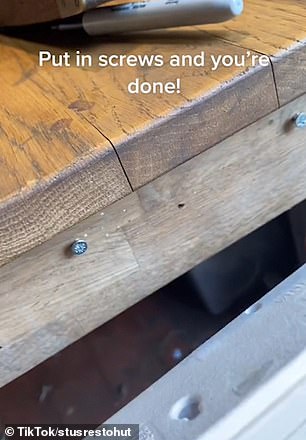 He then suggested putting the masking tape where you want the extension cord to go, and marking out the holes 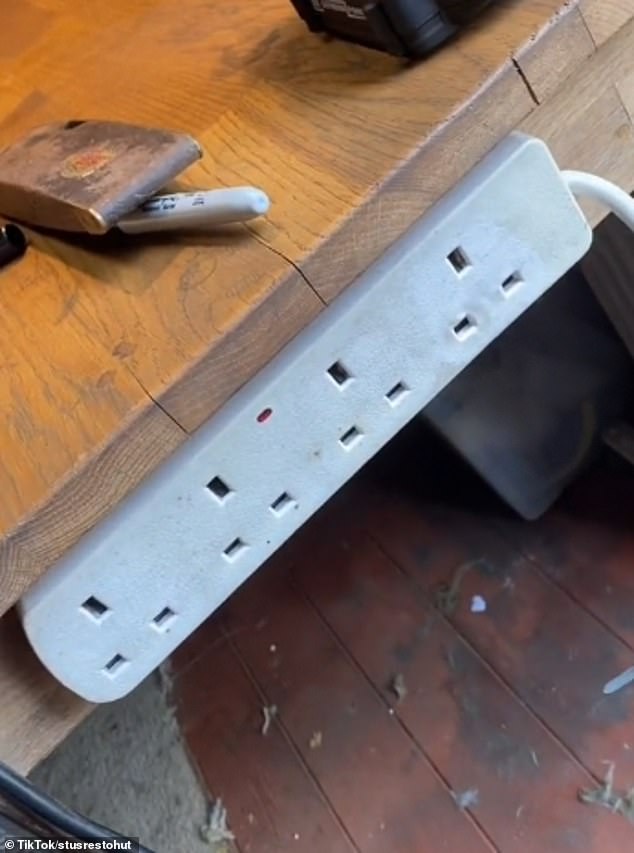 He said: ‘Put it where you need it, make sure it’s level and drill holes.’

He then added: ‘Put in screws and you’re done.’

The handy trick not only keeps wires off the floor, but also gives easy access to the extension cord.

And the video, which got more than 1,000 likes, delighted viewers who were quick to praise the ‘brilliant’ suggestion.

The DIY expert has also posted videos on how to clean leather in under 60 seconds and how to remove paint easily.

TikTok and social media in general is known for people posting about everyday hacks.

In October, a woman shared her ‘genius’ trick to clean the toaster and kettle in seconds.

While another woman posted about how she managed to curl her hair – using a banana.