I’ve flown five times round the world at low altitude, taking in the view from pole to pole and over some of its remotest corners. And I have driven once around, for good measure. I doubt that many others have ever had such a unique perspective of this small and beautiful planet we call home.

The lasting impression I have is that, seen from above at just a few hundred metres, it is clear just what a major impact we humans have made on it. Nature is in retreat everywhere, as populations continue to grow, extract more resources, turn forests into concrete and wilderness into high rise. 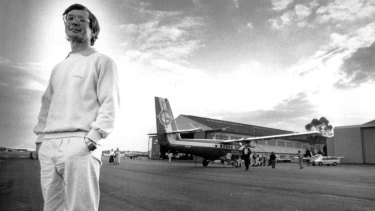 Dick Smith arrives back in Sydney after crossing the South Pole in 1989.Credit:Jack Vincent

In just my lifetime, the population of Earth has more than tripled, from a little over two billion when I was born, to more than 7.6 billion. My grandkids will likely share the world with 10 billion inhabitants, and I truly worry about what that means for both the planet and the population. Just about every problem we have in the world today will be harder to fix with more people.

On my first flight, I remember the view over India, where tens of millions of people were packed together along the riverbanks. The smoke from their wood-burning stoves filled the air, so thick that I could barely fly through it, and a blood-red sun set way above the horizon. I worried then how vulnerable they would be if the yearly monsoon failed.

Even the most remote regions clearly show the impact humans are having on the world. I remember being shocked way back in 1983 as I looked down on the coastal beaches along the Aleutian Island chain that arcs nearly 2000 kilometres from Alaska to Russia. The beaches in this remote wilderness were choked with flotsam and rubbish, piles of nets and plastic, and other waste. 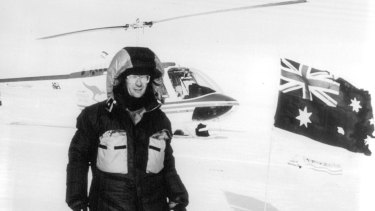 Smith on his solo flight by helicopter to the North Pole in 1990. The tattered flag was previously flown on his 1984 Everest expedition. Credit:ABC

What is also clear from a bird’s eye view of Earth is just how unevenly distributed are all the riches of the planet. From above, you can see enclaves of extreme wealth, with high walls separating the rich from their impoverished neighbours. But like all the walls built in history, and all the unfair borders drawn on the maps, I wonder how long they will hold back the tide? The world’s poor will rightly demand an equal share, and I doubt that there will be enough resources left to give everyone an acceptable standard of living. As we’ve seen with the terrible coronavirus, we kid ourselves if we think that on this small planet, which even my little helicopter could hop across, we are not all in this together.

History tells us that the greatest civilisations of the past ultimately collapsed. I have looked down on the Inca ruins and the fallen temples of Cambodia, Egypt and the Roman Empire. I believe it’s clear that our world too could collapse one day if we don’t make major changes now.

For many years I have been expressing my fears about our present world economic system which requires endless growth in population and in the use of energy and resources. We are consuming resources at the rate of 1.5 times the planet’s ability to renew them. This is not sustainable in a finite world and it’s obvious that one day we will have to live in balance.

Most importantly, the problems that are being caused by climate change will be harder to solve if we continue on the perpetual growth trajectory. The biggest challenge is that this is a crisis that unfolds in slow motion. Will we be able to change direction by choice, or will we be forced to once it becomes clear that our system cannot be sustained?

As a nation, we have no plan. No political party dares tackle this issue for fear of being attacked in the pro-growth media. No doubt our politicians believe they would be quickly out of a job if they questioned the idea of an endlessly growing economy. Our obsession with growth, and our failure to seriously contemplate alternatives, is our greatest weakness. 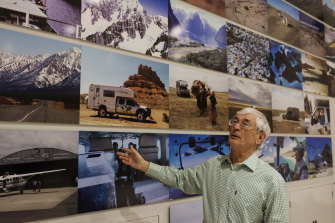 Dick Smith with some of the photographs of his adventures on the wall of his home office in Terrey Hills.Credit:James Brickwood

I always thought that our small population and our beautiful environment are our greatest advantage. But, for too long, it’s been considered a weakness; influential people in the media and business have tried to convince us that bigger is better. I have personally benefited from growth and it would be easier for me to say nothing, but I’m concerned for future generations. I never planned to turn Dick Smith Electronics into a huge corporation. When I started out, I was just trying to create a small business. I loved it when I knew everyone there, which was about 100 employees. But I was constantly being urged by advisers to keep expanding, to take the business overseas and move into new ventures.

Of course, I’ve welcomed the freedom that wealth brings. It’s allowed me to indulge in my passion for aviation and adventure, as well as to speak out on important issues. But, in recent years, I’ve been getting rid of most of my toys – the big boat with the helipad on board, the corporate jet and the ocean-front holiday house. I have found a simpler life more fulfilling. I also believe that as a society we have found the sweet spot to be elusive – material wealth no longer brings any real benefits for many. 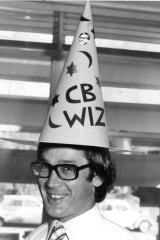 Smith in 1977 when he announced his plan to find Lasseter’s lost reef in a chartered jumbo jet.Credit:Archive

I have been charmed, by good fortune, to be born in Australia in the 1940s and to have grown up a free-range kid. I have lived through a time of great prosperity, and every day I am reminded of my good luck. Pip, the girl I married when she was just 19, has been my best friend and partner through life, even though she had no idea what she was getting into. Fifty years later, we are still happy and in love, and we have had the joy of seeing our girls grow up and make successful, independent lives for themselves.

They never acted like rich kids and just got on with doing things, and I like to think that some of that came from us always sitting down together for dinner as a family to discuss what was going on in the world, just as my parents had done with me. The family has both forgiven and encouraged what I call my ‘responsible risk-taking’, knowing I’d be impossible to live with if I hadn’t gone out there and done all this.

I was addicted to excitement, and, like all addictions, you can never get enough of it. I found even after I’d completed my world flights that I’d be flying up the NSW coast in my helicopter, and I’d be thinking, well, gee, what would it be like to try and fly to New Zealand by helicopter? And I had this urge to almost turn right and fly over the ocean, just to see if I could get away with it.

When I was flying across the Atlantic, and got into terribly bad weather between Greenland and Iceland, I thought, ‘If I get out of this alive, I will put the helicopter on a ship, go home and make up some excuse because it’s just far too risky’. And many times during the flight, I told myself, ‘This is complete madness. I shouldn’t be here’.

But the amazing thing was that, when I landed, I’d have a cup of coffee and, after a while, I’d convince myself that it wasn’t too bad: ‘Maybe I should just go on to the next leg’. And that is really what my whole journey through life has been like. 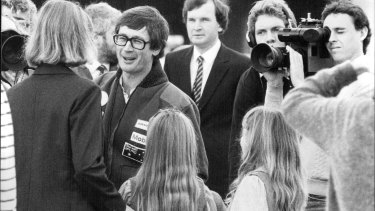 Smith waves to the crowd and his family as he takes off from Darling Harbour on the final leg of his round the world by helicopter trip in 1983. Credit:Russell McPhedran

My favourite photograph shows Pip, Hayley and Jenny standing with me at Darling Harbour in Sydney as I’m leaving on the third stage of my round-the-world helicopter flight, which included that mid-ocean shipboard landing.

As I look at that photo, I think how mad I was – how my addiction to adrenaline-pumping excitement would make me leave this wonderful young family behind. Yet my drug was sending me off on what was a very dangerous trip, unnecessary to everyone but me. I look at it now and I think how could I have been so foolish to do that?

But not only did I do it, I had the support of my family as well. I just looked on it as this great adventure. It was utter self-interest, and my only excuse today is that it has given me some insight into what drives humanity. 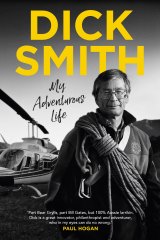 Despite a few close calls, I have returned safely from all my adventures. As I am not a religious person and don’t have a God to thank for my safe return, I can only give thanks to my family for putting up with me. Given I don’t expect any rewards in an afterlife, I feel my responsibility is to this world and the people we share it with. So the years ahead for me will be about giving back.

Life itself is the greatest adventure of all, of course, and I have always tried to make the most of mine. It certainly hasn’t been boring.

This is an edited extract from Dick Smith’s book My Adventurous Life published by Allen & Unwin ($39.99).

Liam Mannix’s Examine newsletter explains and analyses science with a rigorous focus on the evidence. Sign up to get it each week.