Spoilers ahead for Broad City Season 5, Episode 6. Ilana has always been open with her sexuality, but in the Feb. 28 episode of Broad City, it’s Abbi’s sexuality that becomes a much-debated talking point — all thanks to a hat. Now that Abbi is dating a woman, her new love interest, Leslie (Clea DuVall), gifts her a "hideous" yellow, corduroy cap that gives off some serious Wario vibes, but Abbi spends a day wearing it anyway because she doesn’t want to hurt Leslie’s feelings. By the end of the episode, she comes to terms with the fact that she isn’t interested in hats — or defining her sexuality.

Ilana is not one to judge people’s personal lives or preferences, but she’s visibly taken aback by Abbi’s new taste in fashion — and women. "So, you’re a hat girl now?" she asks her BFF, to which Abbi replies, "I mean, I guess I never really considered them, but Leslie bought it for me so I’m gonna give it a try." When Ilana continues to press ("Do you think you’re going to be a hat person for the rest of your life?") Abbi starts to get uncomfortable. "I don’t know … are we talking about hats?" she asks.

Ilana may be skirting around the subject, but the implication here is clear. Now that Abbi is dating a woman — something, Ilana points out, she’s never expressed interest in before — there’s a a sudden compulsion to classify her. Is she bisexual? A lesbian? Just briefly experimenting? Ilana knows everything about Abbi, and she’s obviously struggling to wrap her head around this sudden development.

Throughout the episode, Abbi struggles to decide if "hats" are right for her. It’s not an exact metaphor — she ultimately concludes they’re not, though she wants to keep seeing Leslie — but the bigger takeaway is that there’s no reason for Abbi to put herself into a box. Leslie explains that she doesn’t care if Abbi does or doesn’t wear hats, taking a huge weight off of Abbi’s shoulders. As Ilana says in her best Carrie Bradshaw impression, "It’s not about the hideous hat, it’s about the head that wears it." In other words, Abbi is Abbi no matter how she defines — or doesn’t define — her sexuality. 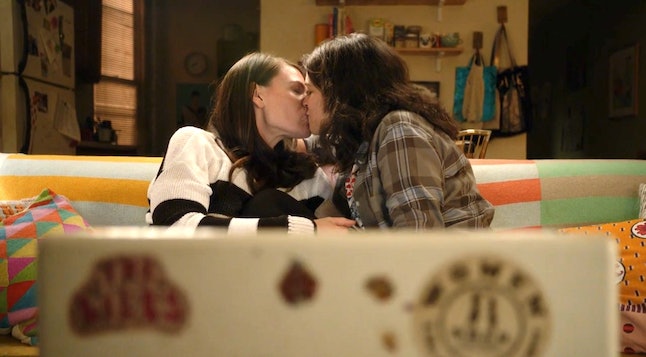 This is a personal storyline for series co-creator Abbi Jacobson, who told Bustle in a previous interview that it was "pulled directly" from her own life. After she revealed to Vanity Fair in 2018 that she dates both men and women, many media outlets called her bisexual — even though she hadn’t used that term herself. From this Broad City episode, it feels like Jacobson is trying to push back against the idea that her sexuality requires a label.

This falls in line with the experiences of several other celebrities. Cara Delevingne, for example, has also dated both men and women and has been referred to as bisexual in the press, but she told Glamour in 2017 that her sexuality is fluid and she doesn’t categorize herself as gay. And while Kristen Stewart called herself "so gay" on Saturday Night Live, she told The Guardian that there’s nothing confusing about liking both men and women; she’s just trying to acknowledge the "fluidity" and "grayness" of sexuality. 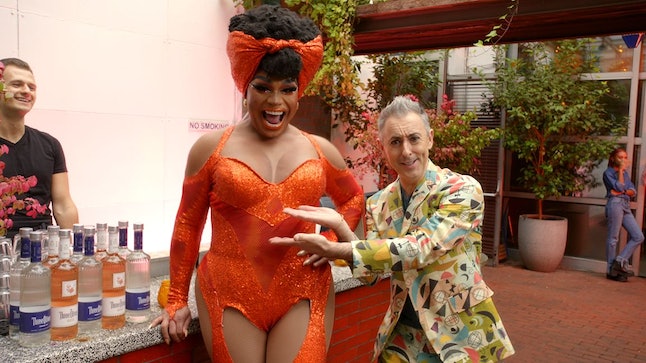 For some in the LGBTQ community, publicly labeling your sexuality is important, as it gives visibility to identities that are still woefully underrepresented and misunderstood. But as Noah Michelson wrote for the Huffington Post in response to Stewart’s comments about her sexuality, it can be just as important not to label it.

"I get that it may be uncomfortable or troubling to some people, particularly some queer people, because we’ve spent so much time trying to convince people that our sexual identities are real, aren’t jokes, and deserve consideration and respect," Michelson wrote. "But as our cultural understanding of desire continues to evolve and deepen, we must acknowledge and embrace these complexities that may come with investigating ‘that fluidity, that grayness, which has always existed’ for some people." 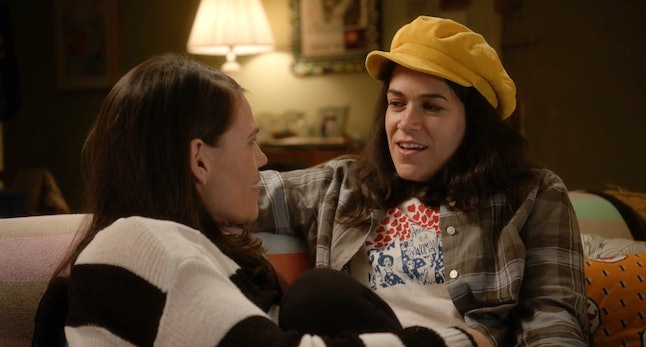 Sarah Paulson, who is currently with actress Holland Taylor, discussed this with Pride Source in 2015. "I refuse to give any kind of label just to satisfy what people need," Paulson said. "I don’t let having been with a man make me think I am heterosexual, or make me want to call myself that, because I know I have been attracted to women — and have lived with women. So, for me, I’m not looking to define myself, and I’m sorry if that is something that is seen as a rejection of or an unwillingness to embrace [my sexuality] in a public way, but it’s simply not. It’s simply what’s true for me, and that’s all I can speak to."

At the end of the day, a person’s sexuality is a personal matter and entirely up to each individual to define, or not define, for themselves. And while that becomes a bit more loaded for celebrities whose private lives often become public fodder, just because a person is famous doesn’t mean they should be pressured into identifying in an inauthentic way. That’s true for Jacobson, and though Abbi isn’t facing the scrutiny that comes with being in the public eye, it’s true for her too.